Previous Next
Punishing Disease: Turning People with HIV into Criminals 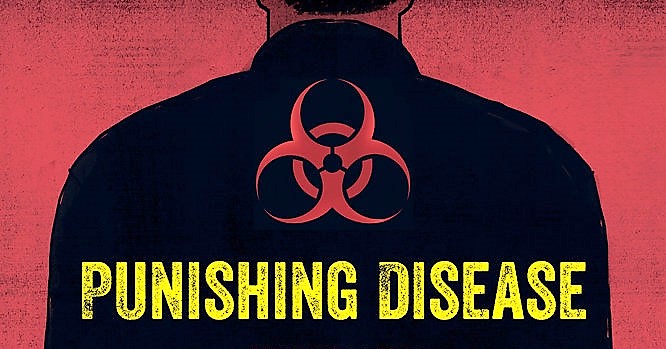 Sociologist Trevor Hoppe is a gay man with his finger on the pulse of gay sexual politics, a topic he has written about for years. He’s also an over-achiever, defined as someone who is more productive than me. In his latest book, Punishing Disease, Hoppe tackles HIV criminalization, one of the most polarizing issues in the LGBT community.

HIV criminalization refers to the prosecution of people living with HIV, often using a rationale that runs counter to the facts about risk and transmission. It is most widely known for HIV non-disclosure statutes (which make it a crime for a person with HIV not to disclose their HIV positive status to sexual partners), but it also includes people who receive heightened charges or sentences for other crimes because they are HIV positive (a simply assault charge against a person with HIV, for instance, can be increased to attempted murder). The best resource for more information is The SERO Project. 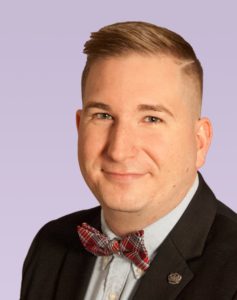 In Punishing Disease, author Hoppe examines the prosecution of people with HIV and why the legal system puts people in jail who have not harmed anyone (actual transmission does not need to occur for someone to be charged with a crime). In many cases, HIV positive people who used a condom or were undetectable are serving jail time for non-disclosure.

“I think the key thing for gay men to understand is that most people prosecuted under these laws do not resemble the boogie man in their heads,” Hoppe told me. “These are people who either used a condom or were on treatment or, in some cases like in Tennessee, spit on a police officer.”

In other words, the narrative of crazed HIV positive people roaming the countryside with the intent of infecting others is largely a myth. And it is a storyline that a conservative justice system is willing to perpetuate, because they don’t believe gay men, much less people with HIV, should be having sex at all. Officials are more than willing to prosecute under these laws — or by using other charges where non-disclosure laws do not exist, such as murder, assault, and even bioterrorism.

A lot of gay men have complicated feelings about non-disclosure. Everyone seems to have a story about a partner lying to them about their status. While I don’t minimize cases in which this occurs, gay men have endured thirty years of fear and mortality around HIV. Becoming infected today carries so much guilt and shame that it is easier to blame someone else than take responsibility for our own risk behaviors. Too often, when someone tests positive, they pick up the phone to call a lawyer before calling a doctor. HIV stigma is that prevalent.

For a good idea of the complex emotions and sexual negotiations linked to disclosure, check out my video of an HIV negative gay man confronting the positive sexual partner who did not disclose his status to him. I challenge you to watch it and consider your own point of view.

Far too often, these convictions are the product of simple ignorance and fear, if not outright homophobia and racism. 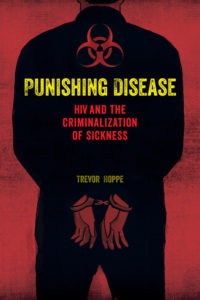 “These prosecutions reflect a broader punitive attitude towards sex that Americans think is deviant,” said Hoppe. “That includes any sex that people living with HIV have with their partners. Most Americans can’t imagine having sex with someone who is living with HIV, and thus assume that anyone who does must not have been told of their status.”

Although Hoppe points out that most prosecutions have heterosexual defendants (and they are typically men and women of color), gay men are often arrested and sometimes play an active role in bringing up charges. It only takes one ex-boyfriend with an ax to grind to claim his former partner never disclosed his status to start a process that cannot be reversed once cooler heads prevail.

“Many gay men with HIV live in fear that their partners will prosecute them, even if they do disclose,” said Hoppe. “Ironically, I think this leads some people to choose not to disclose because they’re worried about that information getting out there and being used against them.”

As part of his book tour for Punishing Disease, Hoppe will appear in Baltimore at Red Emma’s on Wednesday, November 15, at 7:30 PM. He will be joined by Tyrone Hanley of the National Center for Lesbian Rights and Vanessa Johnson of the Positive Women’s Network in a panel discussion led by myself. The event is free and open to the public. Check Hoppe’s site for information on other upcoming events.

Hoppe published another book earlier this year, The War on Sex, a collection of essays edited by Hoppe and David M. Halperin, which dissected how American law and culture have attacked the sexual proclivities of anyone behaving outside the norms set out by our famously uptight society. The War on Sex approaches its topic from a social justice point of view, investigating how the social and legal consequences of sex have become a weapon “of social control, adjudication, and, ultimately, oppression.”

LIke I said, an over-achiever. And we’re all the better for Trevor Hoppe’s productivity.