MARK S. KING is an award winning blogger, author, speaker, and HIV/AIDS activist who has been involved in HIV causes since testing positive in 1985. King was named the 2020 LGBTQ Journalist of the Year by the National Lesbian and Gay Journalist Association (NLGJA), which also awarded King their “Excellence in Blogging” honor in 2014, 2016 and 2020. My Fabulous Disease won the 2020 GLAAD Award for Outstanding Blog after five consecutive nominations, and was named one of 2020’s “OUT100” by OUT Magazine. 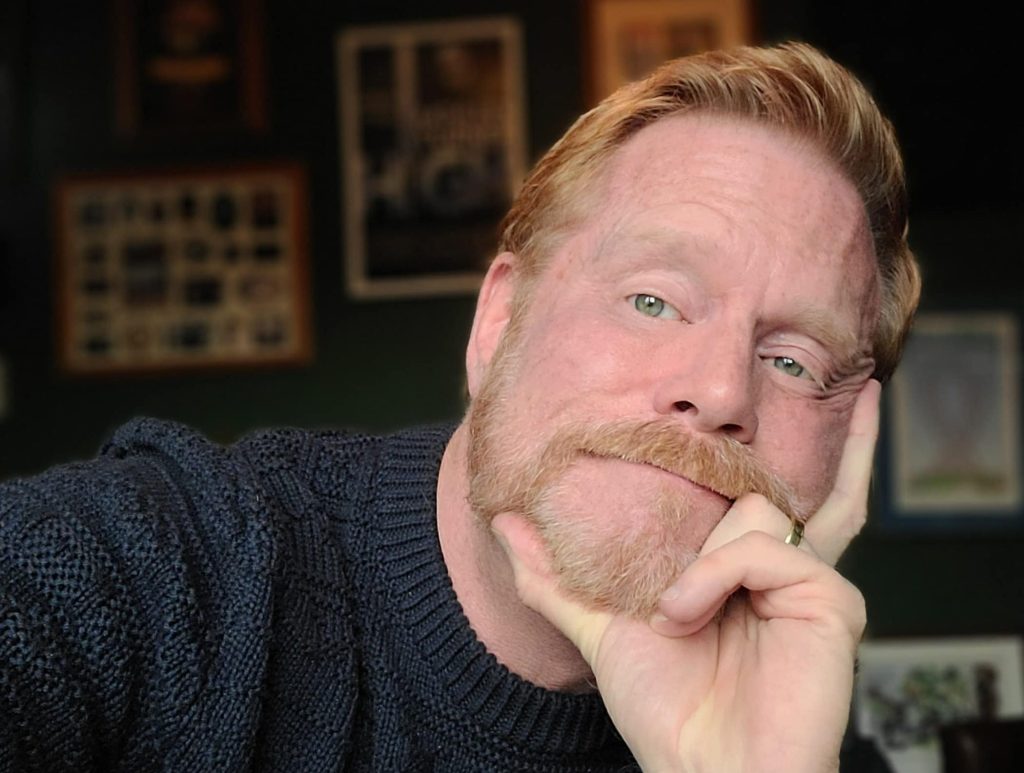 King is a sought-after speaker (get information on his speaking events and availability here) and advocacy journalist who has traveled the globe to report from conferences and speak to colleges, organizations, and groups of people living with HIV.

After graduating from the University of Houston in 1981, King pursued an acting career in Los Angeles and appeared in dozens of television commercials hawking fast food and soft drinks. During this time he also opened Telerotic, which became one of the largest gay telephone fantasy services in the country. King sold the company in 1986 as AIDS was beginning its devastation of the gay community. It is this period of time that King brings back to life in his memoir, A Place Like This.

King began working for community AIDS agencies in 1984 as a volunteer, and joined the staff of the Los Angeles Shanti Foundation in 1988, becoming their first Director of Public Relations. In 1993 he moved to Atlanta to serve as executive director of AIDS Survival Project, and later as Director of Education and Communications for AID Atlanta, the southeast’s largest AIDS service agency.

During his tenure at AID Atlanta King began producing columns and essays on HIV and gay life in general, and became a sought-after speaker for public forums and conferences. He also created Reconstruction in 1996, a program designed to address the practical and emotional concerns of renewed health among people living with AIDS. The program was reproduced throughout the world and led to a presentation at the 1998 International AIDS Conference in Geneva, Switzerland.

King has appeared as a spokesperson on ABC News, 48 Hours, the BBC, CNN, and in The Wall Street Journal and The New York Times. His award-winning writing has been featured in The Advocate, Newsweek, POZ Magazine, Queerty, and TheBody.com. King made the cover of the June 2013 issue of POZ Magazine, which included his essay, “The Sound of Stigma.” King has been honored for his writing numerous times, including the 2007-2008 National Lesbian and Gay Journalist Association’s award for best opinion piece of the year, for his essay “Once, When We Were Heroes,” about the early days of the AIDS epidemic. In 2008, King was featured in the award-winning documentary Meth as a crystal methamphetamine addict in recovery.

Today, Mark S. King lives in Atlanta with his husband Michael, a real smarty pants involved in national healthcare access. Michael is a much better person than Mark. Ask anybody. Mark attributes his longevity to working alongside his healthcare provider, the love of a good man, and double chocolate brownies made from scratch.