What Can 500 Sailors Possibly Learn from a Gay Long-Term HIV Survivor?

Previous Next
What Can 500 Sailors Possibly Learn from a Gay Long-Term HIV Survivor? 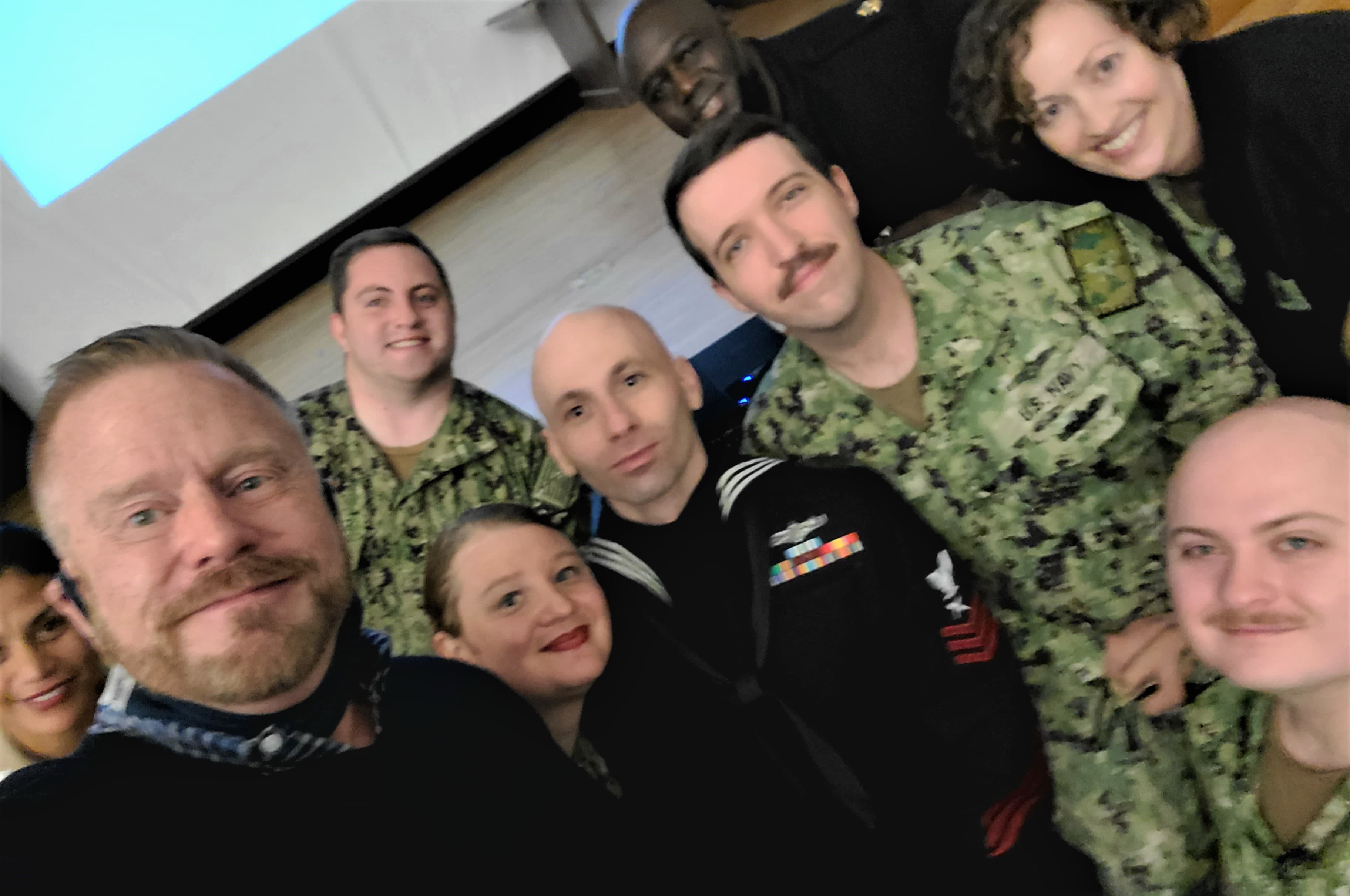 I grew up on Air Force bases. My father was an officer, Colonel Harol R. King, which was a handy thing to mention if the base police caught you lighting firecrackers in the street or running around the golf course like an idiot.

Mostly, though, growing up meant respecting the men and women who wear the uniform, and the sacrifices made by them and their families. I remember Dad being saluted when we went to the barbershop on base or were just shopping at the grocery store. It made me feel proud.

That pride had its limits, though, when it came to coming to terms with my sexuality growing up in the hyper-masculine atmosphere of the military. It was a secret to be kept to myself.

So, when I received a call from the United States Navy last month asking me to come speak to 500 sailors at Fort Meade in Maryland, some of that old, familiar shame from half a century ago bubbled up inside. What could they possibly want from me?

It turns out that our armed forces are engaged in diversity training, and believe that enlisted men and women can benefit from hearing about the lives of people who may be completely unlike themselves, especially those who have overcome adversity. My story qualified, as a gay man and long-term HIV survivor who made it out of the 1980s alive. I accepted the invitation.

The hundreds of men and women in the large community hall at Fort Meade was unlike any audience I have ever experienced. Everyone was in uniform or fatigues. Commanding officers were there in full dress. It might have been the most intimidating view from a stage I’ve ever seen. I knew that total honesty would be my only defense.

So I got honest, and I poured my heart out. I explained that LGBTQ people walk into these situations feeling unsafe, because we’re not sure what people will think of us. We feel judged for how we present ourselves, how we talk, what we wear, and for nothing less than who we really are. Many of them nodded. They could relate. I was in friendly territory after all.

Using photos and video clips, I told the story of being a young gay man with a life filled with hope and potential, until I faced the dawn of the AIDS crisis while living in Los Angeles, an epicenter of the growing pandemic. Photos of my lost friends flashed behind me as I described how fast you have to grow up when you are in your early twenties and someone is dying in your guest room.

I never get through some of this presentation without my voice cracking with unresolved grief. This was no different.

They heard me. They sat without a sound during the tough parts of my remarks, and even laughed at my rueful jokes along the way. “Politicians actually wanted people living with HIV to be quarantined or shipped off to an island somewhere,” I explained. “I said if they give us Maui, we’ll go.”

I don’t wish to be defined by my Great Tragedy, as I make clear at times like this. My life experience has shaped me, but the same could be said for anyone. Looking out at the uniformed crowd, I explained that there were people in the room who have been through worse. We all have our shit. We turn it into something useful when we allow it to help us have more empathy for other people.

Afterwards, a trail of men and women lined up patiently to speak with me. Every aspect of the LGBTQ spectrum was in attendance, and they were extremely moved and grateful. They weren’t the only ones. One young man told me he was straight, but had lost an uncle to AIDS in the 1990s and it was never discussed. “I feel like I know him a little better now, and I understand what he went through,” he told me.

Compassion comes from all directions, and so do our judgments. My initial mistake wasn’t that I didn’t respect the uniform. It was that I didn’t see past it.

p.s. Check out the “Invite Mark to Speak” page for information. Doing these presentations is my privilege and my contribution to community education and dialogue.