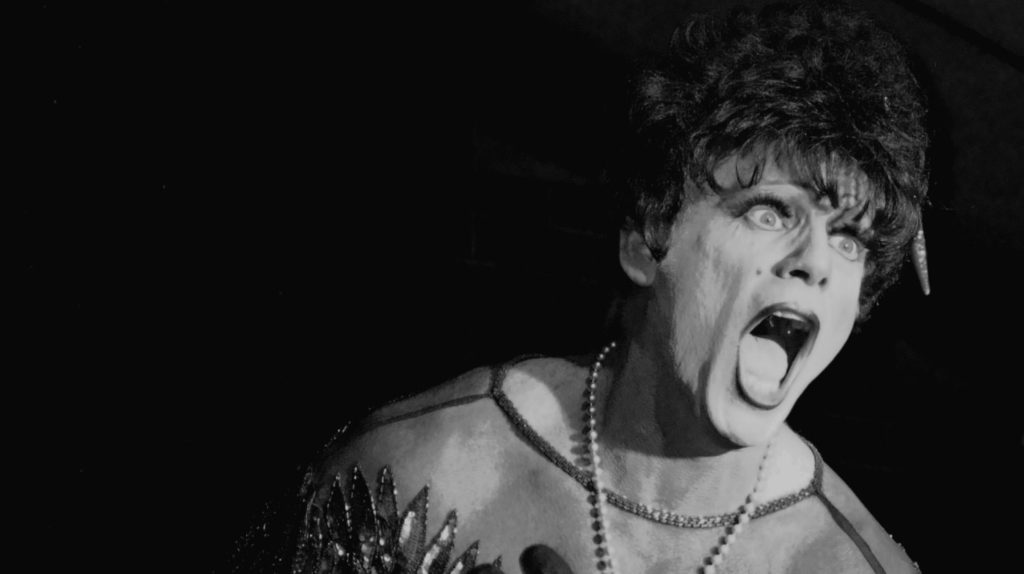 “We’re born naked… and the rest is drag.” — RuPaul
When I was nine years old, I took my parents’ album of the Broadway musical “Damn Yankees” and memorized every syllable of Gwen Verdon’s show stopper, “Who’s Got the Pain When They Do the Mambo?” Once I was satisfied with my lip-synching and choreography (I decided that a mambo was a dance in which young boys gyrated and flung themselves on and off the living room sofa), the number was ready for public display. 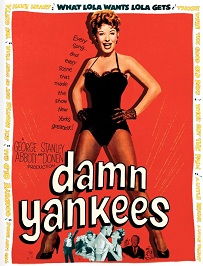 Being a drag queen, even for a night, terrified and delighted me. But the performer in me won out, wouldn’t you know, and Anita Mann was born. I created an interactive video rendition of Donna Summer’s “This Time I Know It’s for Real,” (even then, long before this blog, I was toying with the possibilities of video) and won the contest.

Soon I was performing with “the camp drag queens of the south,” The Armorettes, who hosted a Sunday night show to raise funds for AIDS organizations. Over the years they have raised over $1 million dollars, and their show was a sellout every week. But my own phobic notions lingered.

I didn’t want to be known as a drag queen (“It’s comedy! I’m a performer!” I would insist). I never appeared anywhere in drag but on that stage – I would always get dressed at the show, and was often out of drag for the final curtain call, in a bid to display whatever masculine credentials I had to offer.

The nexus of shame and shamelessness is a complicated one. Each week I put on full display the very things about myself that I had worked so hard to reject – my femininity, my silly pursuit of acceptance through laughter and applause. And just as I gained confidence in what I was doing and why, I would lose a potential boyfriend when he learned of my weekend talents.

As a growing drug addiction encroached on my free time, I abandoned Anita Mann to its demands. For many years thereafter, Anita’s dress and wig would be relegated to a duffel bag hidden in the back of the hallway closet. I had found a vocation in drugs that offered twice the shame and every bit of the need to keep quiet about it.

It took a few years in recovery from my addiction before Anita would make her comeback. Armed with a TV set and a sense of the absurd, Anita performed at a benefit for those of us in recovery, in what may have been her finest hour. Her rendition of “Don’t Get Around Much Anymore” grows more insane by the moment, and perfectly embodied my interest in multi-media performance.

It’s strange, how those things about which we have drawn the most shame are also able to liberate us, not to mention help others. My HIV status. My drug addiction. My drag personality. As I have embraced each of these, I’ve found self-acceptance and a way to carry a message of hope, and even joy, to others.

Anita Mann limits her performances these days to recovery related engagements. It seems fitting that these two aspects of my life, both once secretive, have found their place together. Anita has a voice now as well, doing a sort of recovery stand-up and even singing live when the occasion permits.

The HIV Cruise Retreat is going to be sold out early this year, because the cruise ship, unlike previous years, is taking back unsold cabins from the cruise organizer that are not sold within the next week. In years past, cabins for our group could be sold much closer to departure. I love this event. Contact Paul Stalbuam at 888-640-7447 or visit www.HIVCruise.com.