Mark S. King Named the 2020 ‘LGBTQ Journalist of the Year’

Previous Next
Mark S. King Named the 2020 ‘LGBTQ Journalist of the Year’ 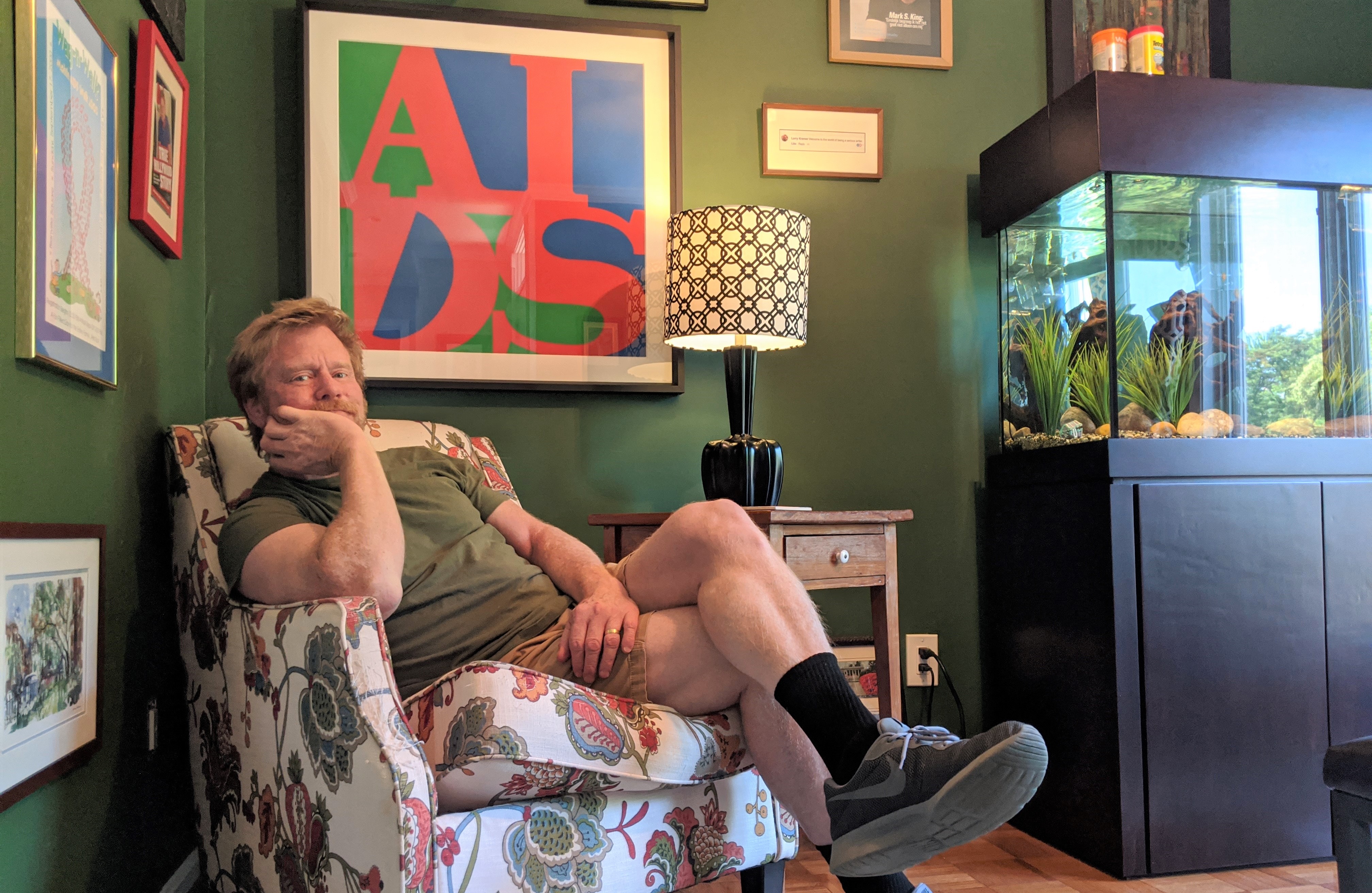 “I’m just a guy with HIV and a keyboard,” I often say. It’s meant as a pithy remark, sure, but it also feels like I’m somehow diminishing my power, and I won’t do that right now.

Today, the National Lesbian and Gay Journalist Association (NLGJA) announced the winners of their 2020 Excellence in Journalism awards. “The highest individual awards, Journalist of the Year and Sarah Pettit Memorial Award for the LGBTQ Journalist of the Year, have been awarded to Oscar Lopez and Mark S. King, respectively,” according to NLGJA’s press release.

My Fabulous Disease also garnered NLGJA’s Excellence in Blogging honor, its third win since the category was instituted in 2014. A full list of honorees can be found on the NLGJA website.

I’m thrilled with this recognition and equally proud of my voice as a person living with HIV. Our stories are crucial to the LGBTQ tapestry and to the world at large.

If you are living with HIV, you have a story. It deserves to be heard, in whatever form or platform you can find. Writing, art, spoken word, it all matters. And, because the HIV arena is by definition a social justice space, we must all find ways to amplify the voices of Black men and women living with HIV or otherwise involved as allies. I renew my invitation to any Black writer in the HIV arena to contact me if you would like to reach my blog audience to share a message.

“Every word Mark writes or edits is a testament to our community,” said one judge, according to NLGJA. “He’s been a long-standing witness to the HIV/AIDS epidemic and deeply deserving of this award.”

When I began writing in the 1980s about living with HIV, it was out of pure necessity and a cosmic bargain of sorts. Writing was my way of processing the horror around me, in the darkest years, and part of my karmic campaign to do some good before I died of AIDS.

LGBT newspapers carried my work, like Frontiers Newsmagazine and The Washington Blade. In those days, I was a columnist. Years later, I would be renamed a blogger because my words appeared online. Today, NLGJA named me as a journalist. Call me whatever you like. All I know is I like to make my point in about 800 words.

I would like to thank the hard-working editors at community LGBT newspapers who welcomed my voice, then and now. I’ve also been lucky to have the encouragement of people like Bonnie Goldman, the late, great founding editor of TheBody.com (the site that birthed My Fabulous Disease), and other talented editors who have emerged from there, such as Olivia Ford, Myles Helfand, Mathew Rodriguez, and Kenyon Farrow. Likewise, editor Chris Bull at Queerty, himself a former LGBTQ Journalist of the Year, has always encouraged and cajoled me to provide HIV content for his gay culture site.

Oriol Gutierrez and the entire team of POZ Magazine (Jennifer, Ian, Trenton, Ben, et al) have become my closest literary DNA match, and every opportunity to contribute something for them is a high water mark. For that matter, I appreciate the mutual support of so many editors in HIV-focused media. They’re my literary family, and include Jeff Berry and Rick Guasco at Positively Aware, David Artavia at The Advocate, Diane Anderson-Minshal at PLUS Magazine, and Chael Needle at A&U.

If this were the Oscars, the band would have played me off several paragraphs ago.

Be well, my friends. Speak up and out. Know your worth. Wear your mask.