Film: Can a ‘Gay Leftie with AIDS’ Get Elected Mayor of a Rural Town?

Previous Next
Film: Can a ‘Gay Leftie with AIDS’ Get Elected Mayor of a Rural Town? 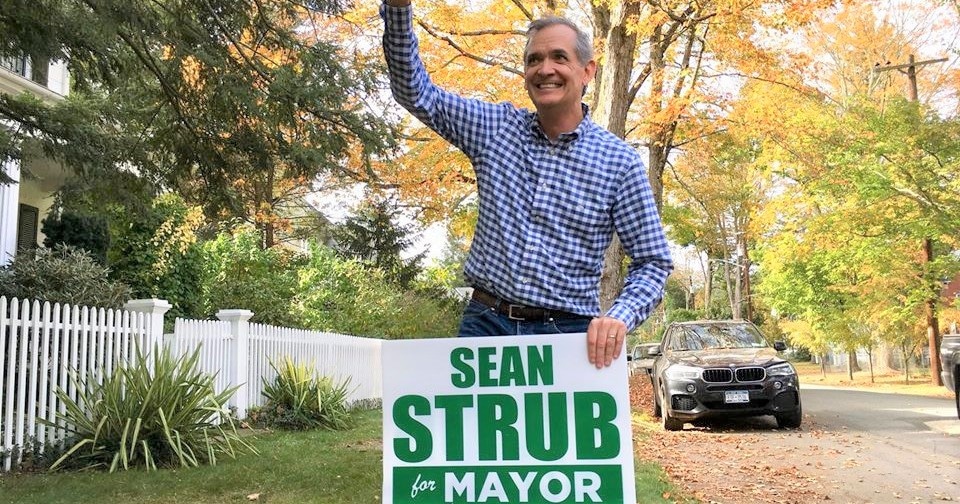 Milford, Pennsylvania, is the kind of idyllic small town that Frank Capra romanticized in films like It’s a Wonderful Life. Nothing much rattles the citizens of this quiet country borough. They pay their taxes, vote conservatively, and don’t consider someone a native unless their roots can be traced back for several generations.

If Milford is the real life version of Capra’s cinematic Bedford Falls, then Sean Strub is their George Bailey. We meet Strub in the opening moment of Max Westerman’s new documentary, My Friend, The Mayor: Small-Town Democracy in the Age of Trump, as Strub helps coax a neighbor’s cat out of a tree. It may be the most excitement any of them will encounter on this particular day, and that suits them just fine.

Ah, but political intrigue awaits. Strub has recently been appointed mayor as part of a borough council restructuring, and is now campaigning to be elected Mayor of Milford outright. Besides his living in the town for a mere twenty years, the local hotelier and candidate has a few other strikes against him. He is a Democrat, liberal, and a gay activist living with HIV.

Can a “gay leftie with AIDS,” as Strub describes himself, find political victory in a small town during a 2017 municipal election? Can he fight Trumpian gale winds?

(Full disclosure: Sean Strub is a longtime friend and a historic figure in the HIV advocacy arena. I have written about my visits to Milford before — my husband and I were married there — and about Strub’s book chronicling his life and the AIDS epidemic, Body Counts: A Memoir of Politics, Sex, AIDS, and Survival. It is quite impossible for me to write objectively about this enormously consequential man.)

Trailer My Friend the Mayor from Max Westerman on Vimeo.

Dutch journalist and My Friend the Mayor filmmaker Max Westerman is a lifelong friend of Sean Strub and found his quixotic quest for mayor fascinating. He also didn’t think Strub stood a chance. Westerman started filming.

What emerges during the course of the campaign is plain proof of the adage, “all politics are local.” Residents are more concerned with who will get the trash picked up than party affiliation. Even Strub’s campaign manager is a Trump supporter.

Allegiances do exist, however. Strub’s opponent is Nick May, an earnest young man who has lived in the borough for so long his great-grandfather served as mayor. Strub’s organizational chops and maturity are pitted against an affable townie who the borough has literally watched grow up in their neighborhoods

Westerman has affection and respect for everyone populating his film and this town, and even if the stakes don’t feel particularly high — there are no gay bashers lurking in dark alleys or out-of-control partisans screaming at one another — My Friend the Mayor creates a safe atmosphere for friendly conversations across party lines and a glimpse into the innate goodness of folks on both sides of the political divide. 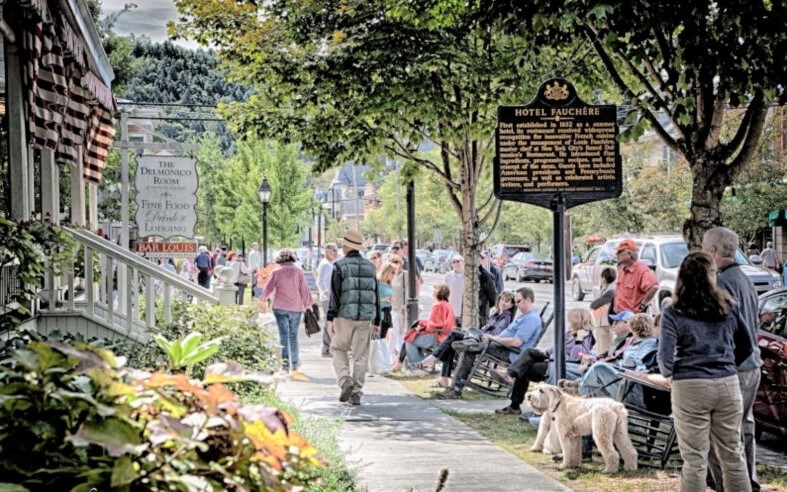 The downtown Milford sidewalk outside The Hotel Fauchere, owned by Sean Strub.

Much of the tone is set by Strub, the AIDS activism lion in winter who serves as our wry guide through the streets and doorsteps of Milford. When he questions his campaign manager’s loyalty to Trump, his curiosity never feels patronizing. He counts votes matter-of-factly as he drives through his town, and isn’t beyond knocking on doors on election night to coax supporters to the polling place.

Even Strub’s critics, suspicious of the new, moneyed residents from nearby New York City who have adopted the town as a getaway, are given space to state their case without judgment or a need to counter their skepticism.

My Friend the Mayor is enlightening and reassuring comfort food for anyone wondering how, or even if, we can bridge our political differences. Whatever suspense Westerman produces from the outcome of Milford’s mayoral election is secondary to the fact that our democratic process, in this rustic corner of Pennsylvania at least, is humming along just fine.

(As of this week and true to form, Milford has held three well-attended events for Black Lives Matter. My Friend the Mayor premieres Saturday, June 27, 2020, on Amazon Prime Video.)