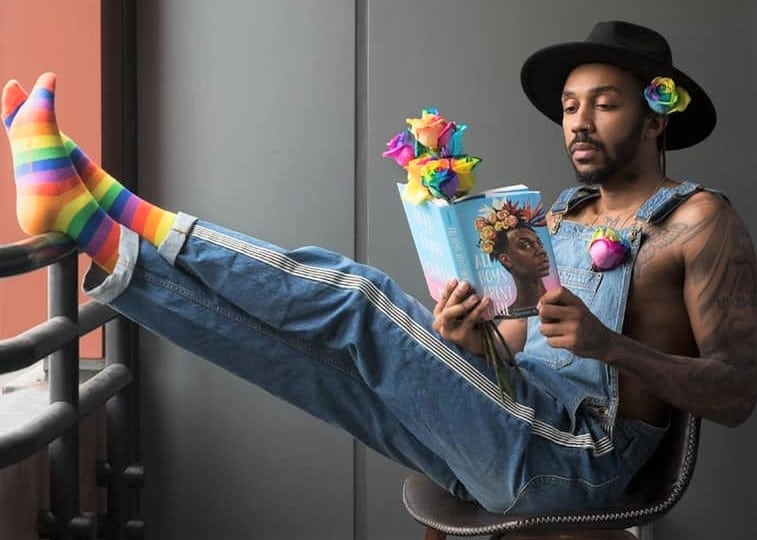 George M. Johnson could not have known about this moment in history when he wrote his memoir, All Boys Aren’t Blue, but for this white male reader, the sounds of courageous protestors in our streets were never far away.

Johnson provides us an intimate, deceptively simple journal of his childhood and family, all while negotiating the world as a young Black man who doesn’t check off the boxes of masculine traits our society expects (Johnson prefers “queer” rather than “gay” to describe himself). His recollections are filled with familial love, adolescent angst, and the fears and insecurities of growing up with a secret that mustn’t be told.

There are so many universal truths in All Boys Aren’t Blue — the realizations that gay boys have about our bodies and sexuality, the treacherous terrain of playgrounds and classrooms, the welcome embrace of unconditional love from family members — that it was easy for me to be purely entertained and soothed by their familiarity. That is, until the dividing line of race provided a reality check.

A story about “the talk” with dad isn’t about sex, it’s about being Black in this world and its dangers. A history lesson about Abraham Lincoln reveals a man unlike the Honest Abe of my childhood. A remembrance of splashing in a pool provides the jarring factoid that Black men and women are more likely to drown because, among other things, post-segregation pools in Black communities were closed or cemented over. 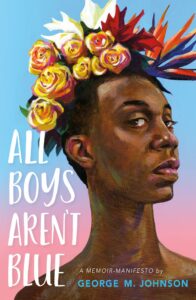 Johnson is a well-regarded activist and writer, and while he keeps this memoir focused on family matters and his own coming of age, his social critiques are razor sharp. He eviscerates the feel-good campaign meant to inspire LGBTQ youth, “It Gets Better,” with a withering observation. Calling the campaign “a fable,” Johnson points out that the campaign doesn’t explain how to make lives better.

“The how comes in being willing to take a chance on yourself,” Johnson writes, “and create the support system you wish to have. I would also tell you to reclaim that campaign slogan and use it from a place of power. Tell folks, especially those who are non-queer and non-Black, to ‘Make It Better.’ Something getting better doesn’t happen without action, and you have every right to ask for that.”

The current reckoning around race in this country reverberated and amplified Johnson’s stories for me, and perhaps in ways he never intended. All Boys Aren’t Blue isn’t an act of clairvoyance, though, written for this moment. Black writers and activists have been telling us these things, writing and painting and filming and performing these truths for many, many years, long before mainstream/white media deemed them leading news. What is different, for me at least, is a willingness to listen in a way I was unwilling to listen before.

And yet, my “white gaze,” as Toni Morrison would say, isn’t the important viewpoint here. The gift of All Boys Aren’t Blue is that a memoir has been written from a proud Black man about his childhood struggle with issues of masculinity and sexuality. That’s plenty.

It might seem audacious for a man in his thirties, as Johnson is, to call his book “a memoir-manifesto” on its cover. But the insights and hard-won self-confidence contained within its pages taught me lessons, again and again.

Johnson can call his book whatever he likes. It is triumphant.