Among the many online condolences to the family of Chad Noel (“Jim and Bonnie, so sorry to hear of the loss of your son…”) are glimpses of the boy this young man was, while growing up in the ironic hometown of Laramie, Wyoming (where Matthew Shepard lived and perished). Noel, 25, died last month, reportedly of AIDS-related complications. 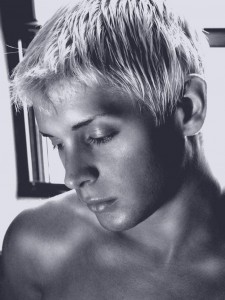 “I remember him playing with me in my pretend kitchen and being one of the only boys to not pick on me,” writes Kendra of her gay adolescent friend on the Laramie Boomerang’s online obituary page. “Chad was my Senior Prom date, it was truly one of the funnest nights of my life,” adds Rebecca. Reminiscences of his smile and humor abound in posted comments under his one-sentence death notice.

Certainly it couldn’t be as simple as this. There must have been co-factors, such as his refusal to get tested, perhaps, or take HIV medications. My experience with addiction makes me suspect crystal meth abuse, a raging epidemic of its own among sexually active gay men. An overdose, maybe? ( The Noel family was awaiting autopsy results when the obituary appeared last week.) Something, anything that would explain how a young man would put himself continually at risk for a lethal virus without accessing potentially life-saving treatments, and all the while flaunting his disregard in front of cameras for the carnal delight of others.

Already the online debate on barebacking and even serosorting (seeking out sexual partners who share your HIV status) has been reignited. The fingers of gay activists and public health advocates are being waved, pointed and poked over what prevention technique has failed and which gay cultural defect is to blame.

Barely legal age, Chad Noel bought into it all. He’d never known a world without HIV and yet it was invisible to him, unacknowledged by his sexual choices or perhaps mocked by them. He was screwing in a time machine and partying like it was 1989. He died like it, too.

Chad was just out of high school when his fatal sexual destiny was set into motion, so the online condolences are primarily from classmates. The messages read like yearbook autographs, some from boys but mostly girls to whom he was kind. “Lost boy goes home,” signs Morgan. Chad was adrift indeed, perhaps unknowingly, in the confusion of sexual maturity and decision making.

Nothing in his short life, and no one it seems, led him to safe ground.