Today I accepted the Facebook friend request of someone I knew in high school. We haven’t spoken in more than thirty years. She is married with a load of kids, and God knows why she wants to befriend the scandalous queer who wore knee-high platform boots to the junior dance in our home town of Bossier City, Louisiana.

I did what I always do. I accepted her request and included a link to My Fabulous Disease, labeled as a blog chronicling my life “as an HIV positive gay man in recovery from drug addiction.” Based on past experience, I’m unlikely to hear from her again, and that’s okay.

When I finally put a stop to my exhausting existence of lies and fakery that accompanied my drug addiction, I knew that in order to live a life of integrity I would need to be the same Mark for every person in my life. No more masks or crafting my personality to suit the audience. 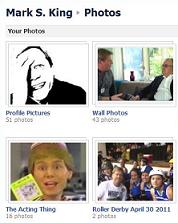 Then I joined Facebook, which allowed me to invite all of these segments into one pool of friendship. My nephew would see my posting about my HIV treatments. My AIDS work colleagues would be treated to videos of me in drag. My friends in recovery would post encouraging words about our shared disease of addiction, and all of this would happily exist on my profile page alongside my nephew’s picture of his baby boy.

Facebook has allowed me to tell the truth again. It has shown me how to be authentic and the same person to everyone in the various corners of my life. Becoming a whole person again cannot be understated. After many years of deceit and hiding out from one group or another, Facebook presented an exercise in transparency that has saved me from the counterfeit personas I relied upon for most of my adult life.

With all the excitement and hype about Google+, I know it’s a format I will never embrace, because it promotes a feature that allows you to separate the people in your life into “circles.” They trumpet this as a real innovation, but it would be a huge step back in my personal development.

I need all the positive structure I can get. Overcoming my addictive nature is still a work in progress, and sometimes my insecurities can still find their way into my Facebook life.

I scan every posted update from hundreds of friends, “liking” with consistent generosity. Anyone who wants to be my friend makes the cut, except for the Eastern bloc hoochie mammas that sometimes come calling. Do they knock on your Facebook door, too? They show far too much boob in their photo and love older men and “hanging out.”

Men on Facebook who show too much boob, well, they mostly get a pass. But beware of those who are always shirtless, and their friends are always shirtless, and so on. We’re not talking “at the beach” pictures, but holding-the-iPhone-aloft-in-front-of-the-bathroom-mirror type pictures. If you can’t ask a friend to take a shirtless picture of you, I figure you must be up to no good.

My OCD still sneaks out, and it adores Facebook. Someone might post a picture and I look at it and then I start browsing their other pictures and one of them has some interesting guy I don’t know and so I click on his profile and check out his pictures and stare at his many friends whom I do not know and carefully scan their photo album of a very nice dinner at a restaurant I have never heard of in a city I’ve never visited, and then notice some fabulous pictures of a birthday party for an adorable complete stranger and decide to look at the pictures of each and every birthday party guest and then I look up and it’s one o’clock in the fucking morning.

These behaviors are sometimes slow to change. I’m working on it. In the meantime, you can always friend me. What you see is exactly who I am. 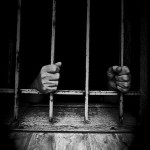 A little sanity may finally be entering the arena of laws and prosecution of people living with HIV for not disclosing their HIV status to partners (even though, in many cases in which people are in jail, there was no transmission and protection was often used). A blog posting at Housing Works reports that Rep. Barbara Lee (D-CA) is introducing a bill that would require a review of all federal and state laws and policies regarding criminalizing people with HIV. This maddening issue was the topic of my conversation with Sean Strub last year, and it’s about damn time that legislative action (of the sensible variety) is being taken. “Thirty-four states and two U.S. territories have statutes that penalize HIV exposure” says the Housing Works piece. “While their supporters claim these policies protect the public health, evidence shows they do more harm than good.”