Five Things About HIV (They’re Not Telling You)

Previous Next
Five Things About HIV (They’re Not Telling You)

In the early 1990’s, I was invited to participate in a roundtable discussion with national public health officials. They wanted to gauge what those on the front lines were thinking about HIV/AIDS prevention campaigns. I gave them an earful.

“Why won’t you tell gay men that being a top is less risky?” I lamented. They always resisted “promoting” anything that might conceivably transmit HIV, no matter how remote the odds, and it drove me nuts. “Give us something to feel better aboutâ€¦” I said. “Won’t you even say that oral sex is lots safer? Why can’t you throw gay men a bone?”

Gay men are still forced to piece together the latest facts about HIV, largely due to the reticence of public health messages — or in some cases, just plain homophobia. 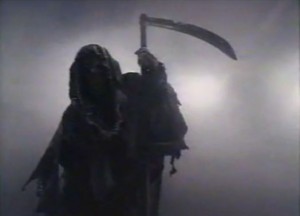 Sean sees the campaign as another example of how public health gets it wrong, investing in failed “fear-based” messages while keeping a lid on information that could make a real difference.

In this video episode of My Fabulous Disease, Sean and I discuss five things we believe either represent what is wrong with prevention campaigns, or demonstrate strategies being ignored by public health officials. Pay attention to my links in this post, because I document the research and campaigns we discuss.

We refer to Swiss experts who suggest people with HIV with undetectable viral loads may be non-infectious (for more on this topic check out a great video interview with AIDS physician Paul Bellman, M.D. and his article “Vanquishing AIDS” posted on AIDSmeds). We discuss an infamous 1987 Australian commercial called “The Grim Reaper,” (photo, above) and refer to research that concludes that fear-based messages do not change long-term behavior. 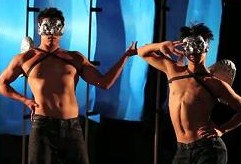 You might enjoy comparing the difference between the NYC “It’s Never Just HIV” spot (in all its frightful foreboding) to the endearing, life-affirming Japanese campaign “Little Taiko Boy,” (left) which presents sexuality in an honest and entertaining manner — complete with music, shirtless dancers, and a drag queen goddess! By the time the goddess presents the film’s lovers with bejeweled condom packages, I was enchanted… and happy for them and their impending bout of safer sex.

Does anything in our talk surprise (or offend) you? Did you know HIV negative people could take a drug regimen immediately after exposure (sexual and otherwise) and greatly reduce the risk of becoming infected? Do you agree that stigma against those living with HIV may be greater now than ever before? This is an important community discussion, and I’m always up for constructive debate or dissent.

—————————————–
Guess what, everybody? This is my 100th posting on My Fabulous Disease! I want to thank you for your warm welcome to the blogosphere since I launched in March, and I hope you will help celebrate by sharing this post with friends or colleagues. And I just joined Twitter! Follow me @MyFabDisease. Thanks!