— Objections raised to the oral contraceptive progesterone (“The Pill”), approved by the FDA      54 years ago.

When the drug Truvada achieved FDA approval in July of 2012 as a medication to prevent HIV infection among people who are negative (a strategy known as pre-exposure prophylaxis, or PrEP), it’s as if the ghosts of naysayers from the 1960’s rose from their resting places, delighted and re-energized, and began drilling their mid-century objections into the hearts and minds of contemporary society. 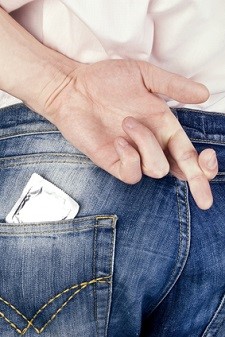 Maybe proponents of PrEP like myself believed the response to the drug would be more enthusiastic. Surely anyone who lived through the horror of early AIDS would thank God that a new prevention strategy exists that doesn’t rely upon condoms alone. The fury of the response has been a little startling to me.

Fortunately, Facebook groups and online sites that explain the facts about PrEP are springing up everywhere to address misinformation and to clarify legitimate areas of concern. Here are the most persistent objections to PrEP, and the facts as we know them.

The facts are these: more than half of gay men do not use condoms or do not use them consistently. This fact has remained true throughout the 30 years condom use has been measured among gay men, including during the darkest years of the AIDS crisis. We can address 50,000 new infections a year or we can have a useless moral debate.

The lack of condom use is what makes PrEP so exciting as a prevention method. The very first large study of Prep was the iPrEX Study, an international study of 2,500 people that was comprised mostly of gay men and some transgender women. The study showed that people who use Truvada as PrEP correctly (taking a pill every day) can have their risk reduced by 90% or more, depending on adherence. Some models show an efficacy rate of up to 99% based on near-perfect adherence.

PrEP is also not dependent on last minute decisions in the heat of passion. Taking a pill in the morning is calmly detached from having sex that night.

PrEP is not necessarily an either/or proposition, because lots of people taking PrEP are also using condoms. But let’s be real. Most people seeking out PrEP already don’t use condoms or they don’t want to use them anymore. Since they are trading one prevention device for something that has a better success rate and is easier to use, what’s it to you?

We don’t know the side effects of Truvada. We have years of data of Truvada side effects on people with HIV (it’s been FDA approved to treat HIV since 2004). Truvada was selected for clinical trials as a PrEP drug because of its favorable safety profile.

It is true that there are some reports of bone density and kidney problems among people with HIV using Truvada as part of their treatment regimen. These side effects have sometimes been serious. We can’t assume the experience of HIV negative people will be the same, and that’s why Truvada patients, positive and negative, should be routinely tested for bone density and kidney function. 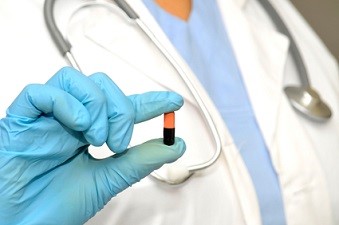 Understanding side effects is part of the assumed risk we take with medications, as any television commercial for a pharmaceutical drug will attest. If you don’t want to cough up blood, for instance, or have bloody stools or nausea or a ringing in your ears, don’t take aspirin. Those side effects are uncommon, and so are the side effects for Truvada.

People taking PrEP also have the option of discontinuing Truvada depending on life events and necessity. Maybe you stop dating the HIV positive guy, or take a break from casual sex, or return to condoms for a while. Starting and stopping the drug in this way does not lead to resistance as long as a medical professional verifies you are HIV negative before restarting.

If you are wary of Truvada side effects, don’t use it. And allow others to make that same determination for themselves.

PrEP is too expensive and insurance won’t cover it. This argument is losing steam rapidly. The Affordable Care Act in the United States is underway and by all accounts every insurance company as well as Medicaid is covering Truvada — although it may require pre-authorization from a doctor for use as PrEP (the CDC has produced a handy document available online to help explain PrEP  to your physician).

For those without insurance or money for a co-pay, Gilead (the maker of Truvada) has a patient assistance program that can provide the drug outright or supply co-pay cards worth up to $200 per month. Even if none of this were true, the potential benefits of a drug should not be assessed solely by its price tag.

The people who need it most can’t access it anyway so what’s the point? It’s a good thing we don’t have this attitude towards condoms. Access isn’t the same as efficacy.

But it is certainly true that young gay black men, whom the epidemic is affecting in shocking numbers, have less access to healthcare. This is a systemic problem and it is unfair, frankly, to expect PrEP to solve it. It is also true that PrEP can be an occasion for HIV negative people to seek care, and once on PrEP they are typically required to have medical follow-ups throughout the year, which offers obvious benefits.

The biggest hurdle is often physicians themselves. HIV negative people may have a doctor unfamiliar with HIV care, much less PrEP, and those doctors are often intimidated by what they see as the complexities of HIV treatment. Until more professional education is done, potential PrEP users must learn to advocate for themselves and share CDC recommendations with their doctor.

People won’t adhere to PrEP and that will create resistant strains. It is true that in some early PrEP trials adherence was a problem. Real life behaviors, though, differ from clinical trials in some important ways.

Trial participants have no idea if they are taking the actual drug or not, and in trials the efficacy of the drug hasn’t even been proven. So, the commitment of trial participants to stay adherent to the drug is less rigorous than users today, who know that the drug works, know they’re getting the real thing, and are invested in remaining HIV negative. People taking PrEP today have more skin in the game, as it were.

For those who do miss the occasional dose, Truvada is somewhat forgiving. The protective ability of the drug doesn’t drop if you miss a single dose because Truvada remains in the blood for up to 72 hours (compare that to missing a condom occasionally, which CDC statistics show to be as risky as never using them at all). That being said, it is optimal and recommended that Truvada be taken consistently each day, and users should take seven daily doses for Truvada to achieve optimal protection.

Taking Truvada alone when a PrEP user doesn’t know they are already positive can lead to resistance and significantly reduce treatment options. Resistance has not been found with individuals who were verified HIV negative at the time they started Truvada, but it has happened in people who became HIV positive due to low adherence.

PrEP is just putting money into the pockets of pharmaceuticals when we have cheaper solutions.  I can’t imagine anyone telling HIV positive people not to take their medications because their drugs are making profits for Big Pharma. The argument that HIV negative people aren’t worth a fraction of that investment astounds me. I suppose we should wait until negative people get infected before it’s okay for them make a profit for the drug companies.

And those are the facts as we know them about PrEP. I have no delusions that the debate will calm any time soon, of course. Human nature is far too predictable for that.

Just recently, politician Mike Huckabee addressed a gathering of fellow Republicans. Part of his remarks, delivered half a century after The Pill was approved for contraception, was his belief that “smart” women don’t need the government “providing them a prescription each month for birth control because they cannot control their libido.”

Right. Because birth control, as critics have been saying since 1960, would be unnecessary if women only showed some restraint and didn’t behave like barebacking sluts.

Everything old is new again.

My thanks to HIV advocate Jim Pickett of AIDS Foundation Chicago for his expertise on this issue. Jim is active in the development of rectal microbicides (lubes and douches that kill HIV on contact). Damon L. Jacobs, who writes about his personal experience taking PrEP, also served as a resource.