Previous Next
What it feels like for a Mom

“A boy’s best friend is his mother.”
— Norman Bates, “Psycho”

I was standing at the ticket counter of the movie theater and couldn’t believe my ears. They were telling me that “Theater of Blood,” with the great Vincent Price, was rated “R” and they were not letting me in without a parent. I was a horror-movie obsessed boy of 12, and was inconsolable. “I won’t look at any sexy stuff,” I remember pleading, “I just came for the gore!” 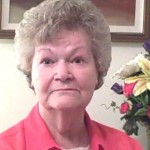 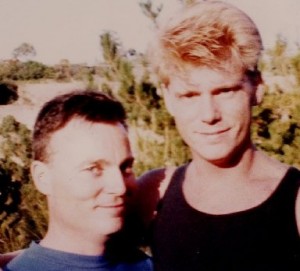 My brother was spared HIV infection but suffered its cruelty nevertheless: his lover of 13 years, Emil, died of AIDS in the early, scorched-earth years of the epidemic. This photo of Dick (left) and me was taken the year Emil died.

In this special Mother’s Day episode of my ongoing video series “My Fabulous Disease,” I sat Mom down to find out things I’ve never asked before. What did she really feel when she found out I was positive? Did she believe I would die? Do mothers have a right to know? What advice would she offer other families? We also talk about the loss of Emil and the repercussions from it we still feel today.