Previous Next
Walmart Gets Better.

They always say time changes things, but you actually have to change them yourself.
— Andy Warhol

Yesterday I had a conference call with Walmart public relations manager Ravi Jariwala, and Crosby Cromwell, a manager for constituent relations. We discussed the fact that I wasn’t able to use the word “gay” in my review on the Walmart web site for the new, marvelous book It Gets Better: Coming Out, Overcoming Bullying, and Creating a Life Worth Living.

Oh, and I kind of blogged about it across the whole wide world on all sorts of LGBT sites, saying how much it pissed me off.

“I apologize that this situation has been created,” Ravi began. “It was a systemic oversight, in which ‘gay’ was on a list of filtered words. Certainly it makes absolute sense for you to include this word in your review… This is a no-brainer for us.”

He said other nice things. Crosby said nice things. No one laughed at me or called me names. They were focused on resolving the issue and pledged to have their list of flagged words changed within 24 hours.

I’m pleased to report that “gay” is now a perfectly acceptable word to include in posted comments on Walmart’s site. Other words have also been cleared, including lesbian, homosexual, bisexual and transgendered. And my review of the book, as I originally wrote it, has been posted on the Walmart site.

Here is Walmart’s official statement on the matter:

Recently it was brought to our attention that Mark King was unable to complete a review of the book “It Gets Better” on Walmart.com. We regret that a filter did not allow his review of the book to post and we quickly worked to resolve this technical issue.

We reached out to Mark directly to discuss the issue and, as an extra measure, we have reviewed the system to ensure that it will allow the use of all appropriate words related to sexual orientation and gender identity.

There is probably no national retail chain with as problematic a reputation as Walmart, and I can only imagine the topics that other advocates would have wanted me to broach with these corporate representatives. But I had one issue, one specific complaint that I asked to be addressed. And on this day, on this issue, Walmart did right by the LGBT community.

Now, everybody go buy It Gets Better. 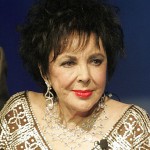 It’s impossible to overstate the impact Elizabeth Taylor has had on HIV/AIDS awareness and funding since the earliest days of the epidemic (Ms. Taylor died earlier today).

Since the early 1980’s, when people were still wearing masks and gloves around AIDS patients, Ms. Taylor (Elizabeth to her friends, never Liz) has been at the forefront. She organized the very first “commitment to Life” event in 1984 for AIDS Project Los Angeles (APLA) — and while doing so, learned her friend Rock Hudson was dying of the disease. She co-founded the American Foundation for AIDS Research (AmFAR) in 1985, and her own Elizabeth Taylor AIDS Foundation in 1993.

Oh yeah. And she was an Oscar winning movie star, the likes of which we may never see again.

I watched her walk onstage, in evident pain from chronic back problems, at an APLA event in the late 1980’s in Los Angeles. “With every breath of my being,” I remember her saying, “I will fight this disease and for the rights of people with AIDS, until the day I die.” And that, my friends, is exactly what she did.