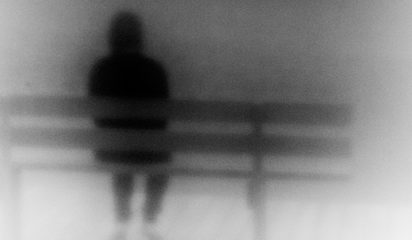 We can turn it around in our minds, trying various reasons on for size, but nothing ever fits. In the end, it doesn’t matter how much he was adored by his friends or whether he ignored his better judgment or if he secretly hated himself. Steven is, simply and shockingly, dead.

It was one of those late nights a few weeks ago, when obscure videos posted on Facebook held more interest than getting to bed. Steven sent me a chat message. “How are you?” he began. “Guess where I am.” 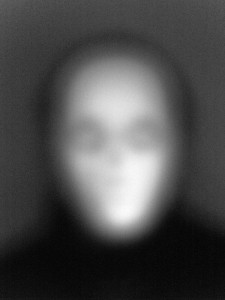 “What the hell for?” I typed back. It must have been an accident or something. Steven was a young, healthy, enormously tall guy with an easy masculinity and a grin to match. The hospital was an unlikely locale. And to my knowledge he wasn’t even HIV positive.

“PCP pneumonia,” he responded. The words sat there on my computer, like relics from a lost vocabulary that had tumbled onto the screen. I stared at them and finally responded with the only thought in my head.

“Really? How 80’s of you.” PCP was a disease that killed people with HIV in mere days. But that was decades ago.

He appreciated the humor, thank God, and went on to sheepishly admit that he had not been “willing to face” his health. Meaning, this humble, informed, enlightened gay man who had successfully recovered from drug addiction and lived in gratitude for his life had been too afraid to take an HIV test.

We turned to cheery small talk while I resisted the urge to somehow wring his neck through the computer. Steven wasn’t ignorant. He wasn’t irresponsible. He was just afraid. And the price for his fear was a struggle for each breath in a hospital room.

The next days played out like a childhood nightmare revisited. Close friends and family gathered to lend a hand and compare notes and freak out. Treatment progressed slowly and without much success.

Steven and I spoke again online, as his chances diminished and there was talk of moving him to another hospital closer to his family.

“I’m smack dab in the middle of a miracle,” he typed. “I might get transferred so I can get another doctor. I’m not ready to die. I have stuff to do.”

I knew there were no treatment options left, and that his immediate future was grim. But we had passed the point where you speak the truth to the dying.

“That’s great,” I responded. The deadly time warp he was living in was something I knew I would write about, and selfishly, I invited Steven to help me send a message to others about the importance of getting tested.

“As soon as I feel better, let’s do that,” he replied, as generous as ever. “I’d be happy to talk/help/minister to other people about this. It might be therapeutic.” I wished to God that Steven’s good intentions would be rewarded with mercy. “I love you, my friend,” he finished.

A few days later he was gone.

Fear is a bitter enemy. If you are so afraid of HIV test results that you avoid testing, fate may well teach you the meaning of irony. If you know you’re HIV positive and live in denial, I can assure you that intensive care and feeding tubes and weeping family members await you. And if you ignore the advances in HIV/AIDS treatment, you’re living in 1987. You may die like it, too.

Apparently, anger is the stage of grief I’m experiencing today, and that’s regrettable. Steven deserves more elegant emotions than this.

I will try to summon them. Today, I was given the honor of writing his obituary.

(Out of respect for his family and his privacy, I have changed my dear friend’s name to Steven. Artwork courtesy of Alexander Binder.)