Previous Next
Brian Thomas loved his Florida trip. Then the monkeypox blisters appeared. 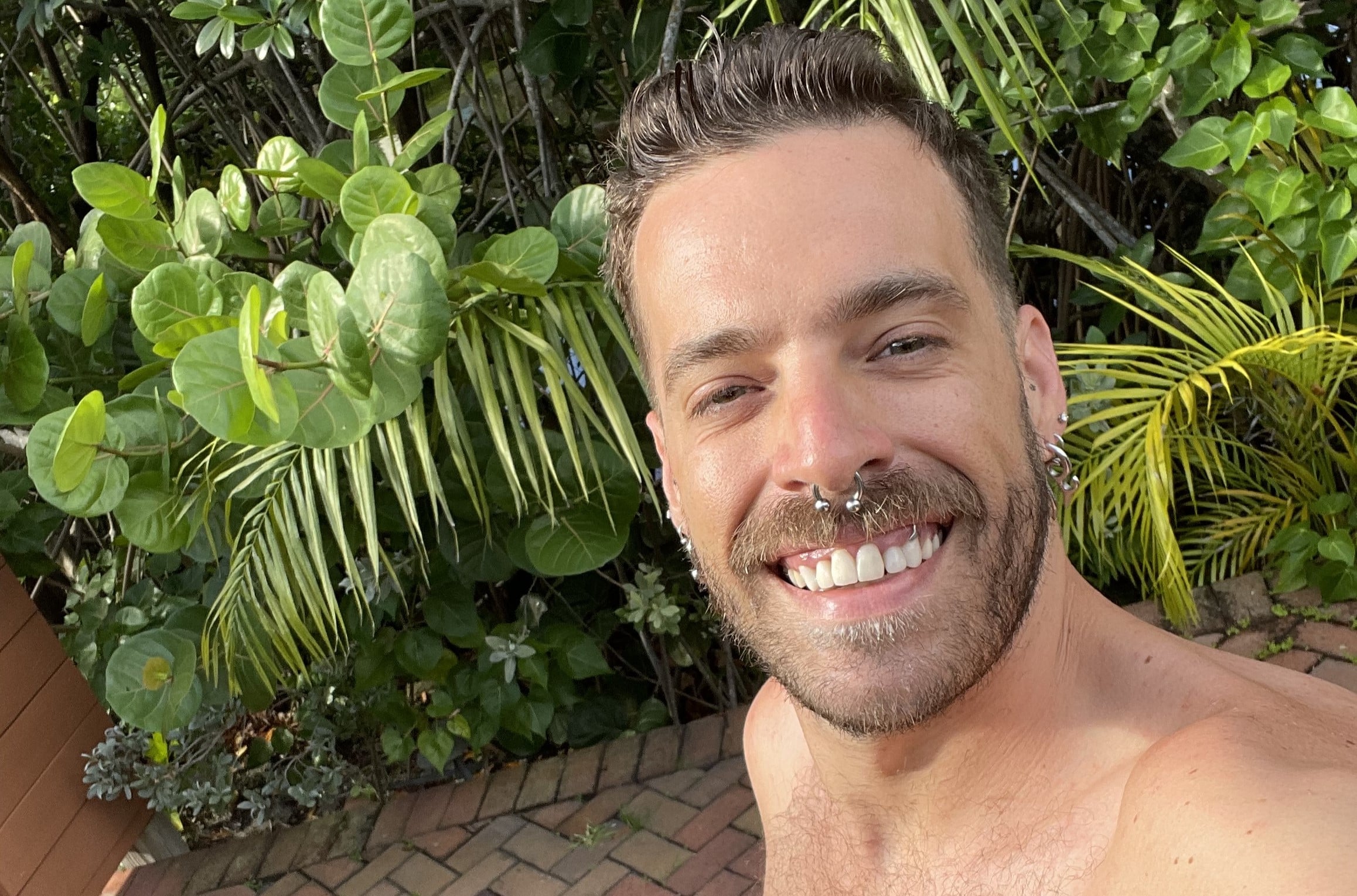 The photo on Brian Thomas’ Instagram page was a typically sunny one for the social media personality, who has built a rising presence as a sex-positive gay nurse living with HIV.

“Farewell Wilton Manors!” it read, alongside a photo of him grinning shirtless among the palm trees in the predominantly queer south Florida town. “What an amazing trip! Can’t wait to come back!”

It was the final post of his vacation, a busy week of sunning at the pool and hitting the nude beach and enjoying all the pleasures that Wilton Manors nightlife can provide.

A few days after returning home to Baltimore, the blisters appeared.

Brian was about to get an education in living with a new viral threat, joining a growing number of people worldwide who have been diagnosed with monkeypox, a sometimes debilitating infection that causes fever, abdominal cramps, and painful blisters that can scar the body. It is also highly infectious.

Within hours of his diagnosis, Brian took to his social media pages and revealed what he was going through. He was typically transparent, posting video testimonials that haven’t shied away from intimate details. He has discussed each symptom as they occurred, which gay sex venue might have exposed him to the virus, and the lesions inside his rectum that have caused him a great deal of pain.

@pozrn Be cautious in these next couple weeks yalls … im not the only one! #Pride #monkeypox #comedy #keepingitlight ♬ Originalton – POV’s

His posts throughout his two weeks of monkeypox isolation have been informative, dishy, sexually candid, and incredibly important if we are to raise the level of alarm about this latest viral passenger within the LGBTQ community. (No, monkeypox isn’t a gay disease, but it has taken up early residence among us, following our social and sexual habits and interactions. It’s only a matter of time before it finds safe passage within other demographics.)

Brian isn’t the first guy to step forward and discuss a monkeypox diagnosis. Benjamin Ryan recently posted his NBC News video story featuring several gay men discussing their experiences with the virus de jour. There’s an anonymous Twitter handle, @MyMonkeyPoxLife, giving a blow-by-blow of his ongoing experience with symptoms. Activist Leo Herrera has posted podcasts drawing a direct line between checking for monkeypox blisters and the trauma of early AIDS experienced by gay men of a certain age. The CDC has released information and guidance about monkeypox that is refreshingly direct for the usually overly cautious agency. And POZ Magazine science editor Liz Highleyman has been posting stories with news, helpful guidance, and policy concerns for weeks.

We need as many stories as possible to help basic information about monkeypox sink in, especially if we’re talking about a virus that could become a new, endemic disease that everyone will be dodging for the rest of our lives.

I interviewed Brian for My Fabulous Disease because his posts are the first real-time video reports I’ve seen from the front lines of monkeypox. He has walked us through his physical ailments, his treatment, and the frustration and second guessing that happens when you’re stuck in isolation for two weeks with an infection soaked in sexual shame and homophobia.

It looks like monkeypox is swiftly moving from a tangential concern to a front-and-center health threat that we need to take seriously, and right now.

Take care, and please be well.