He Planned a Bug Chaser Party as an HIV Fundraiser. Really.

Previous Next
He Planned a Bug Chaser Party as an HIV Fundraiser. Really. 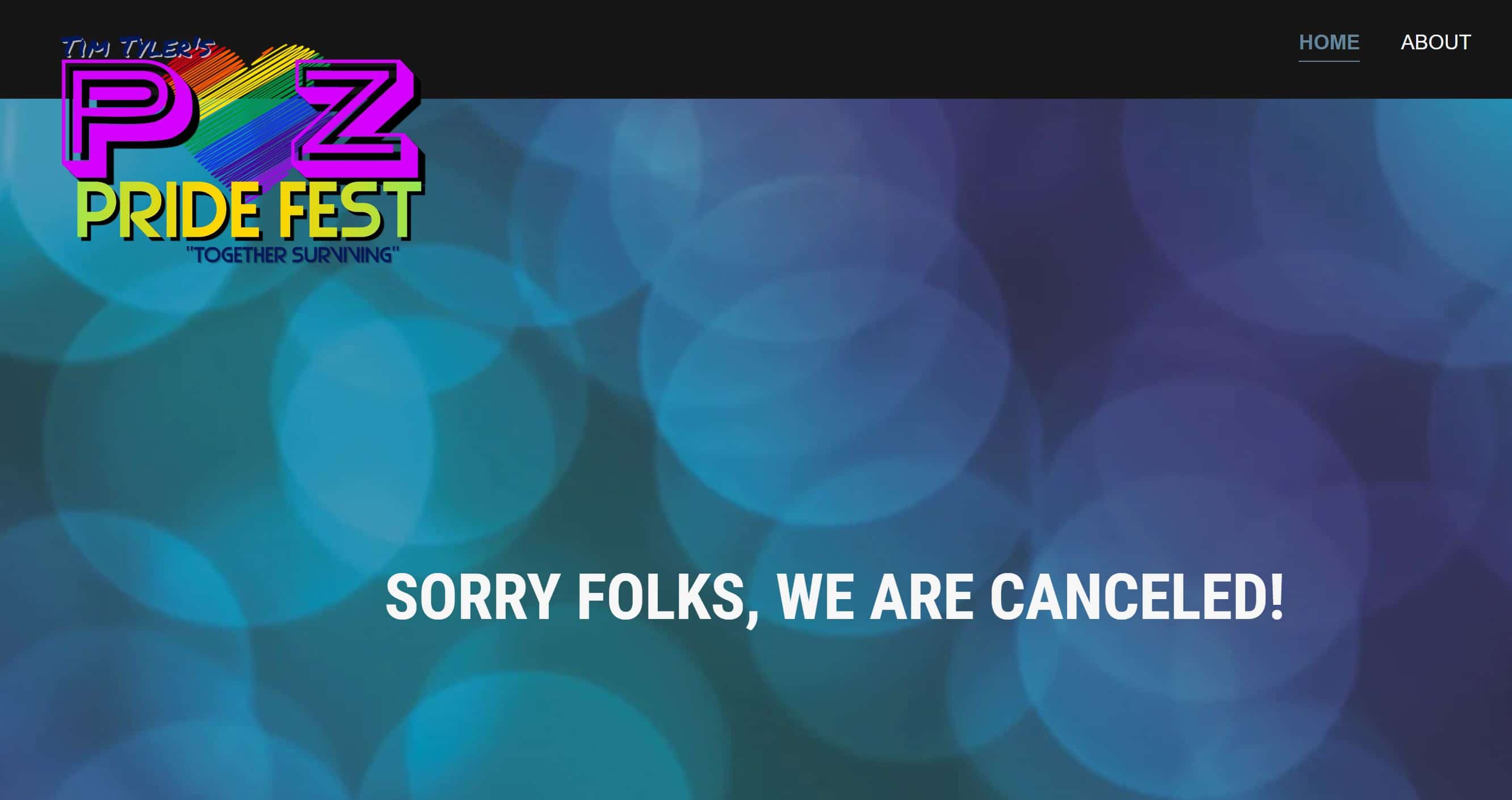 I apologize if you are trying to digest a meal.

Anyway, Tyler had the bright idea to host the “POZ Pride Fest” and promote it as a weekend of community building, naughty meet-and-greets, and even educational speakers (although no speakers were ever announced). But Tyler is also very conversant on his social media pages on the thrill of pursuing HIV infection, suggesting he takes as much pride in chasing the virus as he does living with it.

On the event website, which has now been largely dismantled, there were “adult” events listed that included the “Chaser’s JAMboree!” where colored hankies would be helpfully provided to denote “chasers” from “gifters.”

If only someone had taken a screenshot of that event page before it was removed. Oh, wait.

The Twitter account for the event goes a step further, posting a survey asking how many people are attending POZ Pride Fest as “chasers” vs. “gifters.” The chasers won out, for those of you keeping score at home. One commenter enthused that the event would be “a chaser’s paradise.”

Gosh, I wish I had grabbed a screenshot of that before Tyler deleted the Twitter account. Oh. Wait. 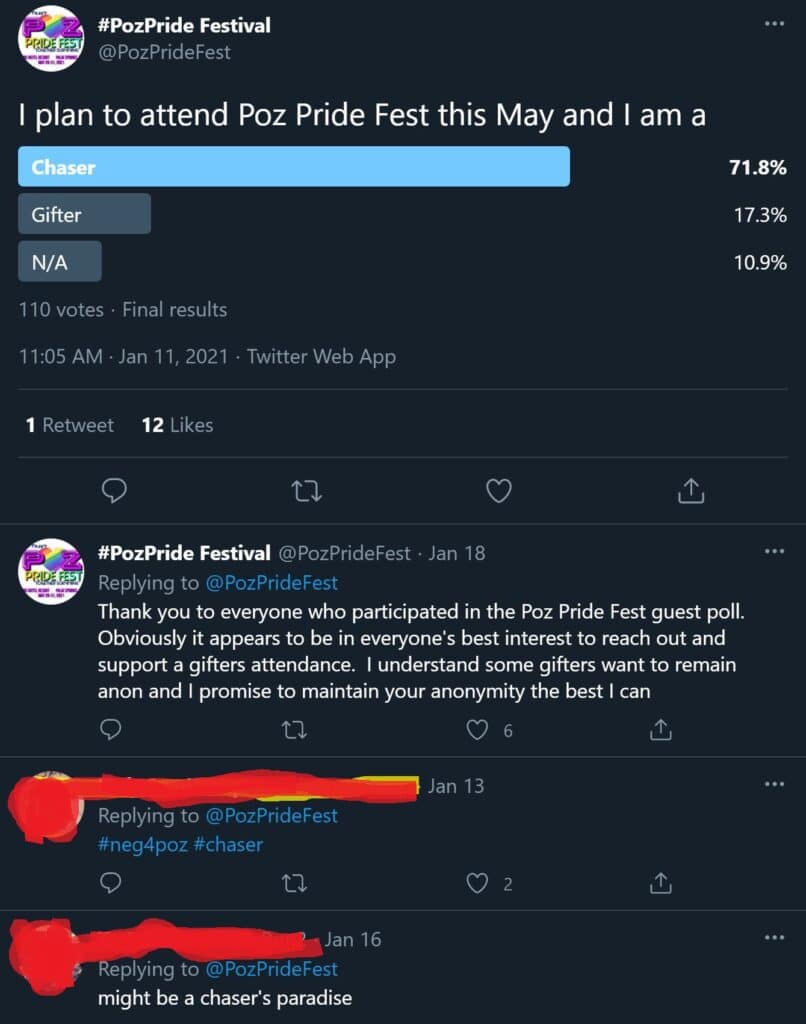 It’s not so much the heat but the temerity, to coin a phrase. When this humble blogger contacted the gay resort promoted as the “official venue,” it took the resort owner about two minutes of sitting speechless at his laptop before he cancelled the rooms Tyler had reserved and denounced any association with the event.

That’s when Tyler scrubbed most of the event website, leaving a cancellation statement so filled with self-serving platitudes it would make the angels weep. And by angels, I mean the dead men and women lost to AIDS who are up there flipping the finger at this tone-deaf act of exploitation.

“Important to find a silver lining to this unfortunate setback,” Tyler poetically muses in his statement, “I find comfort in knowing our desire to live with pride is now on the minds of our adversaries. Hopefully, the HIV/AIDS community shall one day have the ability to stand strong in unity and pride, knowing such an opportunity would not exist without experiencing failed attempts such as ours.” 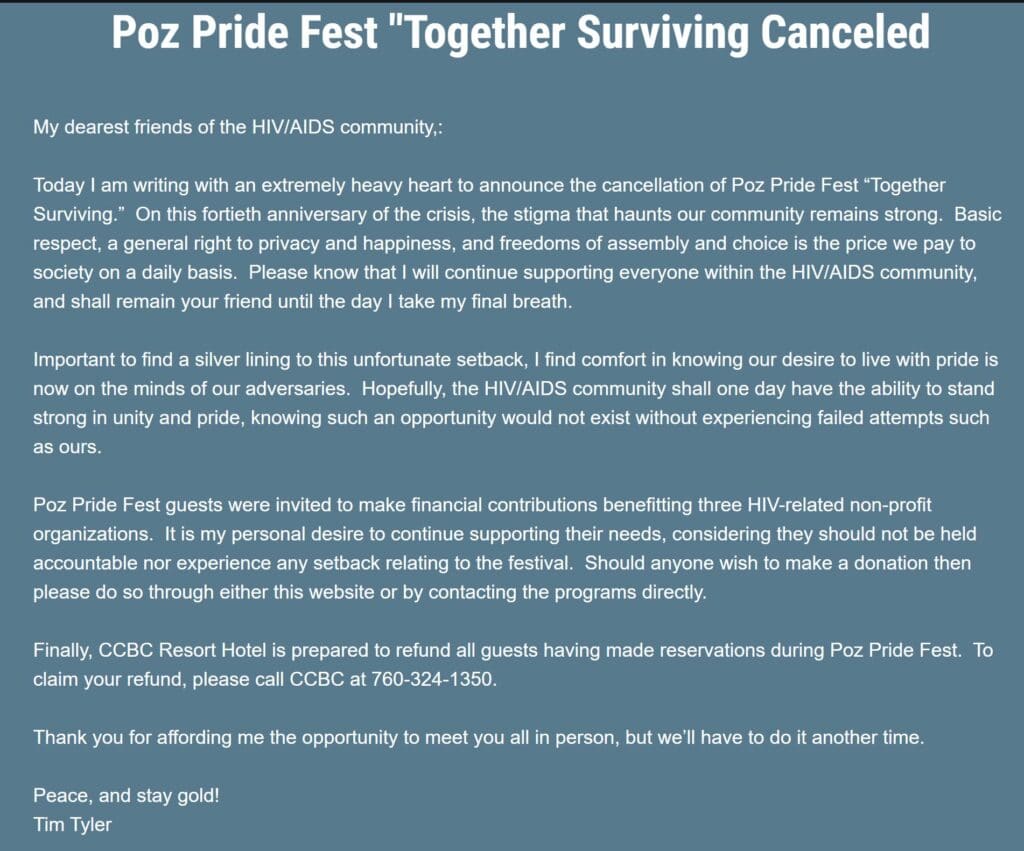 He’s a trailblazer, people. Learning to crawl so the rest of us can run. To the nearest toilet.

And that would conclude this misbegotten tragicomedy, if it weren’t for one more tiny detail Tyler leaves on the table.

He still wants money for the HIV charities. Although none of the three organizations report knowing anything about the event and claim no association with it, Tyler is still inviting donations, either to be made directly to the charities or, get this, to be deposited into the event’s PayPal account. The PayPal account Tyler manages.

“All online contributions are held in a Poz Pride Fest PayPal account then distributed evenly,” Tyler writes on the donations page. Uh huh.

I have never needed a hot shower more in my entire life.