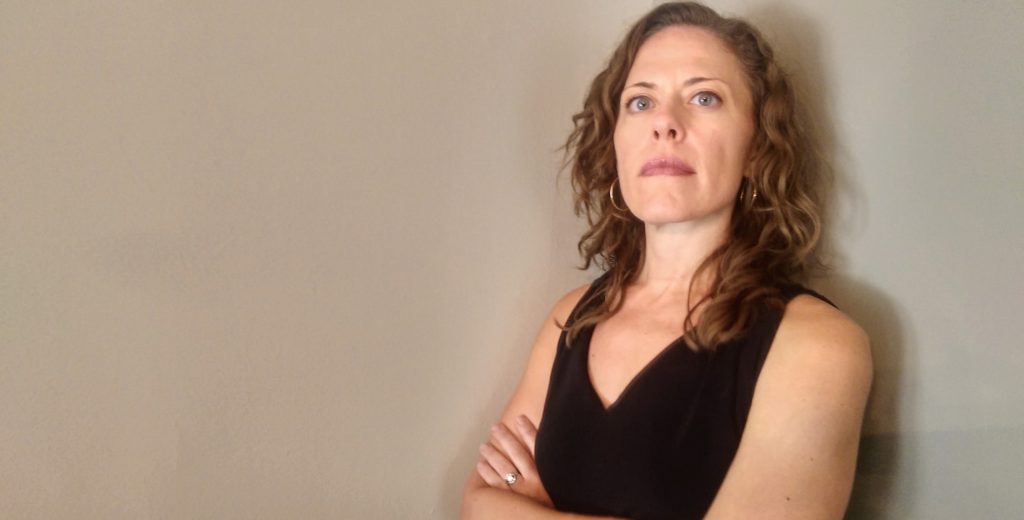 “I’m afraid my patients might not know what to do.” Jill Crank, one of five employees terminated from Chase Brexton Health Care in a union-busting move by management.

Jill Crank misses her patients terribly. And she is worried about them.

“The last thing I want is for them to think I abandoned them,” Jill said. “I’m afraid they might not know what to do.”

During almost nine years as a nurse practitioner at Chase Brexton Health Care in Baltimore, and more recently as their Assistant Medical Director, Jill had a caseload of about 600 clients. It included patients, largely from the LGBT community, who were being helped with mental health issues, HIV treatment and prevention, transgender health, and addiction and recovery services.

They are the kind of patients who rely on the trust built between them and their healthcare provider. They are often awash in social stigma and barriers to quality care. They count on people like Jill Crank.

“They trusted me, yes,” Jill says. She is still finding it difficult to discuss them without getting emotional. “That trust translated into our making positive decisions about their health together. So many of them were in the middle of life-changing issues, like choosing to recover from addiction or deciding on new HIV treatment. These issues are not easily resolved by a quick fix-it visit with a new provider.”

Those crucial relationships were abruptly broken last week, when Jill and four other management-level employees at Chase Brexton, the largest provider of clinical services to Baltimore’s most vulnerable populations, were unceremoniously fired from their jobs.

All five employees had exemplary records of service, some dating back decades. They have been honored for their work, received glowing performance reviews, and had virtually no warning their careers at Chase Brexton were about to end.

That end came as the result of a chillingly vindictive move on the part of Chase Brexton senior management. With a union organizing effort underway by employees — who cite an unreasonable workload that is having an effect on the quality of patient care – senior management evidently tried one of the oldest, and most cruelly transparent, tricks in the playbook. They fired managers (who are not eligible to join the union themselves but might be seen as supportive of the change) in an apparent effort to intimidate those seeking to join the union.

To speak to those five employees, who were interviewed individually for this story, is to hear a litany of confusion and heartbreak. The word “devastated” is used by all of them. Without exception, they mention a deep concern for their patients, who were notified of the disappearance of their provider without explanation.

“I had dedicated my life to that agency,” said Warren Conner, a case management supervisor who began his career at Chase Brexton as an intern more than 21 years ago.

His statement is hardly an exaggeration for someone who considered his professional co-workers part of his family. “I met my husband there, years ago. He was working in the mental health department. We’ve been together ever since. I really thought I would retire from there,” he said.

Fired without severance pay despite stellar performance reviews, Warren fears for his future. The seniority he had achieved isn’t easily translatable to the current job market. “I’m working on my resume,” he said. “But I haven’t looked for a job in 21 years. I’m not sure how to do it, honestly.”

Ken Ruby, the fired Director of Psychosocial Services who devoted 22 years of his life to the agency, still has great pride in the agency and his work there, despite the circumstances. “Chase Brexton has been a huge player in HIV treatment and prevention,” he said, noting their recent efforts to educate the community about the prevention strategy PrEP, the pill proven to prevent HIV transmission.

“I saw Chase Brexton helping to achieve zero HIV transmissions. That was our goal. I just don’t see how that won’t be slowed down, since several of us who were fired were really involved in setting up PrEP services.”

“I had so many ideas, so many projects left to do,” Ken said, and then his emotions well up again and his voice breaks. “I feel like I’ve lost a piece of me, and it’s still there, in that agency,” he said.

The Mt Vernon offices of Chase Brexton, where all five terminated employees worked.

Brian Owens is Lead Organizer for SEIU District 1199, the healthcare and social service union that Chase Brexton employees are trying to join. He believes the firings were an attempt to “coerce and intimidate employees eligible to join the union,” but that the move has backfired tremendously. “It has galvanized the employees to speak up for themselves and for their co-workers who were fired,” he said.

Brian points to the unionization of Whitman-Walker twenty years ago, the Capitol’s largest provider of HIV services. In that case, management allowed union organizing to take its course without their interference.

By contrast, Chase Brexton employees received an email earlier this month from Richard L. Larison, the now-embattled CEO, urging them not to join the union and promising educational sessions that would convince them not to. Instead, those meetings have become an outlet for employees to express their outrage over the dismissals.

Community backlash has been swift and unified. More than a dozen local LGBTQ organizations have signed an open letter posted by FreeState Justice denouncing the firings and urging Chase Brexton to support the rights of workers. A petition stating that CEO Larison is “failing the community” and calling to reinstate the fired employees has already gathered more than 1,000 signatures.

And coming on Friday, a community protest is scheduled on the steps of Chase Brexton’s Mt Vernon location. Even Maryland State Delegate Maggie McIntosh has posted her displeasure with the union-busting, asking Chase Brexton to “rehire the terminated employees and allow the union election process to proceed free of intimidation or interference.”

What makes the union pushback by Chase Brexton management so curious is the fact that unionizing is just the sort of progressive value that one would expect from an agency that was founded as a health clinic for gay men. “At this point,” said union organizer Brian Owens, “the folks who are running Chase Brexton do not share those progressive ideals.”

That shift is being laid firmly at the feet of CEO Larison, who is widely viewed as having abandoned the collaborative culture Chase Brexton once enjoyed, replacing it with a hard-hitting management style that has seen the departure or firing of dozens of employees at every level during his four-year tenure. His office did not respond to an interview request and there has been no formal response to recent events from senior management.

The silence has left the five terminated employees to sort out their emotions, and their lives, on their own. “Over the past week I have felt sad, angry, and extremely frustrated,” said Catherine Fowler, a nurse manager who was fired. “I’m very concerned for my patients, for my nursing team, and for the organization and its future.”

“I don’t want to go somewhere else,” said fired programs manager Bethany Henderson. “There’s nothing else like this. I want my job back. I would go back in a heartbeat.”

Others are not so sure. They are conflicted, caught between wanting to support the efforts to reinstate them while still feeling the bruises inflicted by an agency they no longer trust.

They are not paralyzed by their confusion, however. The five employees have retained an attorney who has filed action with the National Labor Relations Board in an effort to stall the terminations, citing unfair labor practices.

Meanwhile, at the main offices of Chase Brexton in Mt Vernon, where all five of the former employees worked, the main pavilion is undergoing repairs. The loud and messy activity is a fitting metaphor for the turmoil the agency is experiencing.

Enormous jackhammers are destroying the foundation. Bulldozers are collecting the concrete debris. The destruction is reverberating through the underground garage and thunderous shudders can be felt in the offices several floors above.

The sound is deafening.