While “gay men’s health” as a concept — aging, mental health, relationships, physical fitness — tried mightily to get some respect at the 2010 Gay Men’s Health Summit in Ft Lauderdale, HIV continued to dominate much of the workshops and discussions. 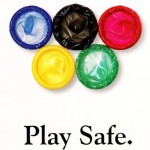 The evergreen issues of condom fatigue and barebacking managed to vex workshop leaders with a stubborn dilemma: how do you interest gay men in condoms when so many have already opted for sero-sorting, barebacking, and risk reduction techniques?

In this video blog entry of “My Fabulous Disease,” I met with two sets of workshop facilitators directly after they led group sessions on condoms, casual sex, and safer sex techniques.

You’ll meet “Middle,” a Nashville HIV advocate who intended to facilitate a group of men using condoms for casual sex — and found himself with a room full of barebackers.

Next, Jacques and Robert of “M” Ft Lauderdale, a program of Broward House, discuss focusing their efforts on gay men ages 18-30, because older gay men tend to be less teachable when it comes to safer sex.

Has the dominance of condoms as a primary safe sex tool passed its prime? Are there two sexual societies: negative men using condoms (most of the time), and positive gay men who are less inclined to do so? How important is sero-sorting (limiting sex partners to those who share your status) to the equation?

Thanks for watching. I look forward to your responses!

p.s. I hope you will sign up for occasional emails about interesting posts (upper right), or become a Facebook fan (upper left).