My Forbidden Love for Gay Monsters

Previous Next
My Forbidden Love for Gay Monsters

Zombies are deeply misunderstood, in my mind. They’re outcasts, picked on, and are the perfect stand-ins for things we fear or don’t understand. Things like death. Or gay people. Or disease. Or getting a disease from gay people that could lead to death. Work with me here. 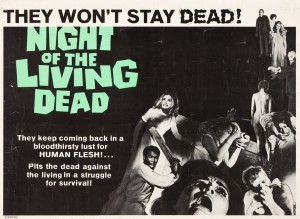 When “Night of the Living Dead” opened in 1968 as a cheap matinee feature in movie theaters, it wasn’t what the teenage crowd expected. It didn’t have guys in rubber monster costumes or gigantic spiders. Audiences simply watched a group of terrified people in a farmhouse being attacked by flesh-eating dead people. Hungry, ordinary dead people. We met the ghouls, and they were us. The critics that bothered considering its meaning drew comparisons to the horrors of Vietnam coming home to roost.

The film had a fatalism that was hard to believe for its time. Everyone dies. Everyone is shot or eaten. Even the casting of the heroic lead as a black man was something provocative, and when he is the only survivor of the farmhouse, he is arbitrarily shot by rednecks who mistake him for a zombie. The End.

When Day of the Dead opened in 1985, zombies and their deadly contagion were forever associated with the growing horror of AIDS. It was a connection that took me many years to shake. 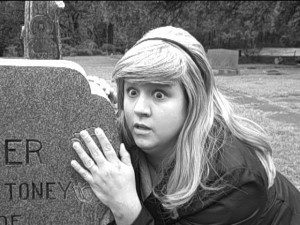 I just finished creating video segments (still, left) for a stage production for Halloween in Shreveport, Louisiana of “Night of the Living Dead.” The show, directed by my brother Dick King, takes place in the farmhouse, and the action outside their close quarters — the graveyard, the scenes in the basement — is shown as video projections onto the set. It’s a cool concept, actually, and allowed me to pay homage to the film by recreating its scenes as best I could. 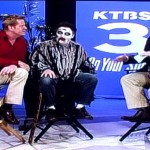 Dick is remounting the production after a smashing run last year, during which my brother and I appeared on the local morning news — I played straight man while Dick hammed it up as a hungry zombie gnawing body parts. It was hilarious but perhaps a bit gruesome for the breakfast hour. (Check the highlighted links to watch the interview or view my video handiwork.) 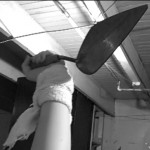 I totally loved this project, because I have been attracted to all manner of monsters as long as I can remember. But to recreate the scene in which the dead little girl comes back to life and stabs her mother to death with a trowel? Priceless. But again, it’s the outcasts, even the murderous ones, that always get my attention.

For your guilty pleasure, here’s a :55 second promo I produced for the production at East Bank Theater. If you’ve ever dreamed of visiting beautiful downtown Bossier City, home of the Horse Shoe Casino and plenty of Narcotics Anonymous meetings, there are zombies (live?) onstage calling your name…

My first boyhood crush was on a dead man. He was a zombie named Quentin Collins, with eyes that pierced my gay soul and sideburns the size of the Florida peninsula. He stalked across my TV screen on weekday afternoons at precisely 3:30, when the series “Dark Shadows” introduced me to all manner of vampires, werewolves and ghouls. 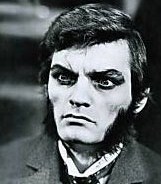 Quentin was dreamy (literally, since he spent a lot of time staring into space in a zombie trance), and had a lonesome, lost quality I recognized but couldn’t yet identify. I saved allowance money for the album (“Quentin’s Theme” should be played at my wedding, or my memorial, whichever comes first), and replaced the Bobby Sherman poster in my bedroom for one of Barnabas Collins, the series’ vampire star.

But I set aside boyish things — and graduated to horror films. Slashers did the trick for a while because I delighted in those oversexed straight couples getting whacked. If my love dared not speak its name, I found it satisfying that straight love was so damn hazardous. 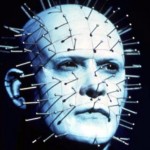 But it was never the killing that attracted me. It was the mysterious, gruesome, self-loathing monster. Here I was, in the midst of full pubescent hormonal freak out, with a body revolting against me and villainous carnal desires. I didn’t just sympathize with the Alien and Pinhead and Freddy, I wanted to take them to lunch and find out how they managed to make it through the day.

My taste for cinematic horror took a break in the mid 1980’s, during the worst of the AIDS crisis. Something about watching “Re-Animator” on VHS while my friend Lesley lay dying in the guest room, well, let’s say it severely reduced the fun factor. AIDS had become the monster, and my sympathy was spent. For at least ten dreary years I stuck to lame romantic comedies.

So if the state of my personal AIDS crisis can be measured in movie genres, my trauma must have subsided because movie monsters are back with a vengeance. I’ve been popcorn-munching to zombies, saw killers and Halloween remakes and having a ball. Critics be damned, the recent remake of Clash of the Titans delivered the monsters (look! killer scorpions the size of Winnebagos!) and had its share of thrilling moments. 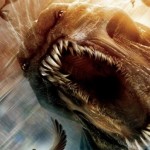 Consider Liam Neeson as Zeus, growling with magnificence as he commands “Release the Kraken!” No three cinematic words since “you complete me” have so enraptured my senses, and they are worth the wait. The Kraken gets unleashed and all manner of body parts start flying.

I stand by my gay monster metaphors, because the Kraken is just a lonely gay kid, too. You should have seen the stir I created at the 1977 Junior Homecoming when I arrived, the school’s weird gay creature, wearing platform boots with tight khakis tucked into them at the knee. I relished in unsettling the crowd and seeing the jaws drop and the fingers pointing at the beast. No Kraken could have cleared the dance floor as fast as my solo disco moment, just before being chased to my car.

It’s hard running in platform boots. I could have used some monster scorpions for backup.

(This is a revised posting from early in my blog history, with the addition of the stage production project. I thought I’d bring the posting “back from the dead.” — Mark)