Divorce, Stress, HIV… and no jokes.

Previous Next
Divorce, Stress, HIV… and no jokes.

This is a rather personal blog video, there’s no doubt about that. I’m even a little apprehensive because it doesn’t offer the usual helpful tips or the “entertainment value” of my other videos. But one of my problems has always been trying to be the life of the party when I’m not feeling it. So please allow me to offer you a different Mark than you might be used to, unplugged and exposed.

The last few weeks have been tough, I won’t lie to you. My nine-year relationship came to an end, and I’ve found myself feeling some self pity and fear ” that is, when I slow down long enough to catch up with my own emotions.

My schedule has been fast and furious, and now things are even busier as I make plans related to the breakup. In January, I will return to my beloved Atlanta, where a strong support network of friends awaits me with open arms. 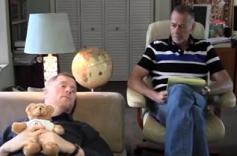 Until then, I’m lucky to have friends like David Fawcett (seated at right, in our silly video opening), who also happens to be a therapist. Everyone should have a friend who’s a mental health counselor, if you ask me. David serves as one of the panel of experts at TheBody.com, as well as writing his own blog with helpful messages related to our emotional well being.

In this, the newest video episode of My Fabulous Disease, David and I sit down for a very candid talk about my fears and even some of my unhealthy thought patterns, some of which have been with me for a very long time. 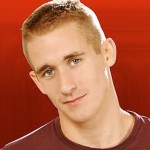