My Very Last Night in a Gay Bathhouse

Previous Next
My Very Last Night in a Gay Bathhouse 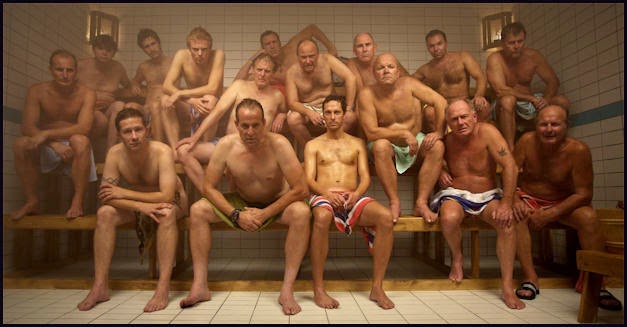 THE LAST TIME I went to the gay baths, some years ago, I stepped in poop. Actually, more like a pile of poop, because it crept up between my toes for a horrific second before I realized what my bare feet had stumbled across. 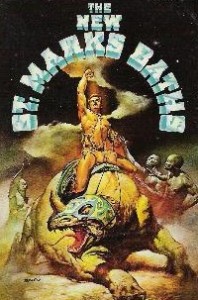 I made the grim discovery while standing in the private room of another customer there, making small talk. While I had hopes of more meaningful communication, my plan was cut short when I stepped forward and directly into the offending dung heap.

Lurching back and out of the room, I limped quickly in the direction of the wet area, walking on my heel, dirty toes splayed upwards. As I negotiated the crusty terrain of the carpeted hallways, there occurred to me many questions.

Whose poop was that? How did it get there? Should I go back and tell the guy I stepped in it? Did he know there was poop in his room? Was it his poop? Did he want me to step in it? Was it a poop trap?

The episode spoiled whatever momentum my evening may have had. Later, sitting in the lounge area — same men, same towels, but with smoking and less sex — I began doubting my choice of sexual venue.

In most big cities, there exist two options for the baths: the one your friends will confess visiting and is therefore somewhat acceptable, and “that nasty one” on the other side of town, about which they admit no further knowledge.

The choice is simple for me. I generally pick the nasty one faster than you can say “locker 32, your room is ready.”

But sitting there adjusting my towel — it was one of those thin, modestly sized towels made for a kid with a 30-inch waist and the inability to perspire — I realized that, at the very least, bringing flip flops to the place might have been a good idea. It was the kind of planning that escaped me when I responded to such an impulse.

It made me hate to enter empty-handed, without bringing a Viagra for the host or a covered dish.

And yes, I know the baths can heighten risk for sexually transmitted diseases, having been an AIDS educator for a number of years. Safety and discretion are key, even if the battle has become a uphill one. “The clap” has become so popular again they should call it “the applause.”

Back in the lounge area, a man entered and paused in front of me, cocking his head back and forth like he was trying to look up my skirt. I pulled the towel across me more securely.

Even in bathhouses, I never exposed myself unless it was time for “The Big Reveal.” On this occasion I was feeling depressed and a bit surly after my foot incident, so it was most definitely not the time.

“How you doin’ tonight, man?” he asked. You had to give him credit for persistence. I’m sure my feet smelled like poop.

I looked up at him with tired and sarcastic eyes. “I used to design public health campaigns for queers who go to bathhouses and have ‘multiple partners.'” I made great big quotes in the air with my fingers for emphasis. “Now I’m sitting here in a shredded towel that barely wraps around me, at what? 3 a.m.?”

He shifted his weight away from me and had an expression like he’d just snorted stale poppers. I was undeterred.

“I’ve become my target audience. How depressing is that?”

He looked in either direction, a little helplessly, like waiting for a cop after a traffic accident. Finally he met my impertinent stare. “Well,” he offered, “I do think they, uh, have bigger towels at the front for a dollar more.”

The reasons for my retirement from the baths are many. Let’s just say it doesn’t mix well with my recovery from crystal meth addiction. That, and I always left with athlete’s foot anyway.

But, for the more adventurous among you, here’s one last piece of advice: should you approach an open room with lighting so dim you can’t make out the occupant inside… trust his judgment.