“The Clap” is becoming The Applause!

Previous Next
“The Clap” is becoming The Applause!

After living with HIV infection for nearly 30 years, the thought of acquiring an STD like gonorrhea makes me feel… nostalgic. But my flip attitude may be put to the test by a recent report at the Society for General Microbiology’s spring meeting in Edinburgh, Scotland.

According to Catherine Ison, a microbiologist with the Health Protection Agency in London, the multi-drug resistance of the bacteria Neisseria gonorrhea is threatening to make the STD (which can infect not only the male and female genital regions, but also the mouth, throat and eyes) hard to treat. “The current drugs of choice, ceftriaxone and cefixime, are still very effective,” Ison said in a statement, “but there are signs that resistance particularly to cefixime is emerging and soon these drugs may not be a good choice.” 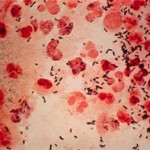 Untreated gonorrhea can also lead to serious problems in both sexes and can spread to the blood and joints — a potentially life-threatening condition. Pregnant women can pass the disease onto their fetuses leading to blindness, joint infection, or a life-threatening blood infection in babies, according to the CDC. The disease can cause infertility in both sexes.

Although gay men may not be as concerned about fertility, imagine if you will the sharp, burning pain sufferers experience during urination. Now imagine it won’t go away because drugs can’t treat it. And then your eyes and joints start acting up.

It’s another great reason for sexually active gay men to consider condoms, even as the “crisis mentality” of AIDS diminishes. That’s life: just as we get an exotic horror show like AIDS in check, some Golden Oldie like the clap reminds us we’re never really out of the woods.