The Stupid Question: “Are You Clean?”

Previous Next
The Stupid Question: “Are You Clean?”

I took a shower this morning. I am clean. I might work out at the gym later, or maybe the trash bag will break on the way outside and I will scoop up coffee grounds and put them back into the bag. I will then be dirty. I will shower again. And I will be clean. 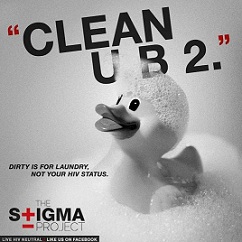 Anyone who questions whether or not HIV stigma is on the rise need look no further than online profiles and hookup sites, in which “Are you clean?” is asked with infuriating regularity. Or perhaps you have suffered the indignity of someone asking you “The Stupid Question” while negotiating a tryst. The sheer ignorance boggles the mind.

Implying that I am somehow “dirty” because I am HIV positive may not be the intention of the person asking the question. Perhaps they are sincerely trying to assess the level of risk they might be taking. But it also implies that they may raise their level of risk-taking should you answer “Yes, I am clean.” To place one’s trust in this answer, and to base your sexual behavior on it, is precisely how people become infected with HIV.

The person being asked may not have tested recently. Or has been infected since the last test. Or is lying because they’re afraid, or ashamed, or nervous, or don’t feel safe being honest because of ramifications about which you have no idea. So it’s ultimately a fairly useless exercise.

Thus, the ignorance and danger of The Stupid Question. And, because it is asked fairly exclusively by people who believe themselves to be HIV negative, it sets up an “Us vs. Them” mentality. Positive vs. Negative. Clean vs. Dirty. 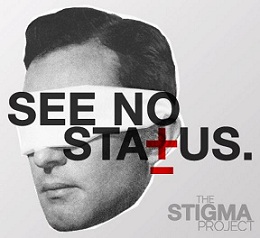 “They don’t mean any harm,” you may be thinking. Well, words have meaning, my friend. The ignorance evident in The Stupid Question makes it no less offensive. While the intent may be harmless, is does do harm to people with HIV by increasing stigma and driving a further wedge between HIV positive and negative people. Like it or not, it is an assessment of the sexual viability of someone, and by extension, their “worthiness” as a human being.

In my more hedonistic days — which admittedly were not exactly long ago in a galaxy far, far away — I was dumbstruck by the conversations I would have in gay public sex venues, even the most anonymous ones. “Are you clean?” would come the question by the gentleman who was fully prepared to engage in unsafe sex should my answer please him. “Really?” I would answer, “I mean, are you serious? You’re going to take the word of someone in a dark room that you couldn’t pick out of a lineup?” I would then explain, spoken at times through a three-inch hole in the wall, that if this question was his sole criteria, then he really needed to leave this place and go directly to an HIV and STD testing center. Post haste.

Can we please remove this insulting, dangerous and unproductive question from our lexicon?

There is an alternative to The Stupid Question. You can simply offer your HIV status and see if your partner does the same. If he does not or you don’t like the answer, it is your right to decline having sex. It is not your right to berate them for their response. Whatever the case, if you are trying to remain negative then sex with someone you don’t know well should only include low-risk activities. If the relationship progresses, you can offer to get tested together and be present for the test results of one another. And that is the alternative to The Stupid Question.

An interesting social marketing campaign has been created by a new organization known as The Stigma Project, which aims to reduce stigma by calling out questions like “Are You Clean?” I appreciate its mission “…to lower the HIV infection rate by defeating the stigma that strengthens it.” If nothing else, it has instigated a dialogue by addressing some of the misconceptions and clumsy thinking that stigmatizes people with HIV. 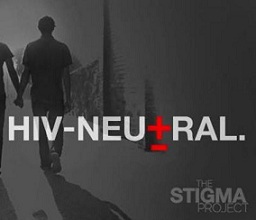 The environment we have created with questions like this one has implications beyond mere social awkwardness. It has bled into our criminal justice system. Laws now on the books are being used against people with HIV who don’t disclose their status to sex partners – even when they engaged in safe sex, used a condom, and no transmission occurred. The prosecutions are being conducted in a world in which disclosing your status – admitting you are “not clean” – has become increasingly difficult to do because of the very stigma generated by things like The Stupid Question.

To learn more about how criminalization has become a Kafkaesque nightmare for many people, check out some new addictions to the video library for the new organization The SERO Project, the brainchild of activist Sean Strub that is directly addressing HIV criminalization.

If you really want to be heard and make a contribution to this dialogue, I strongly urge you to take a few minutes and answer The SERO Project’s new survey that gauges your attitudes about when and whether people should disclose their HIV status. Even (and perhaps especially) if your views run counter to mine, your input is most welcome and extremely valuable.

Finally, National HIV Testing Day is next week on June 27th. If you’re reading this after that day, please replace it with any date in the next month. Because the funny thing about HIV-negative test results is that they have a very short shelf life.

Last year I produced a short video, “In Praise of HIV Negative Gay Men,” because as an HIV positive man I feel more of a license to say things freely, such as what an accomplishment it is for a sexually active gay man to remain negative. And it was meant with all sincerity (as with all my videos, be my guest to re-post). Alas, it’s awfully tough to heap praise toward one side of the “viral divide” without offending the other, and the video was received with decidedly mixed reviews. Some people thought my delivery was deliberately sarcastic. Or demeaning to those who were positive.

While I admit my theatrical presentation could possibly be misconstrued, I do find it interesting how people project their own attitudes onto what they view, particularly when it comes to HIV status. People are touchy. You know, like when they get asked The Stupid Question. At any rate, check out the video, clear your mind, remember I’m actually a totally sweet guy, and see how the message strikes you.

“Are You Clean?” meanwhile, isn’t a message with value in any context. As a matter of fact, it’s downright filthy.