The idea that HIV positive people still want sex is as old as The Denver Principles, the 1983 manifesto drawn up by gay men with AIDS that demanded “as full and satisfying a sexual and emotional life as anyone else.” The document also stated that people with HIV/AIDS have an ethical responsibility to inform their potential sex partners of their health status.

Fast forward to today, and HIV positive gay men are as open as ever about their status and their sexual preferences (setting aside, if we can for the moment, the increased stigma and discrimination facing HIV positive people of all stripes who disclose their status these days). And those sexual choices may not include HIV negative people at all, thank you very much.

Last year I taped a tour of a sex club that hosts a monthly “Poz4Play” party, and sat down to interview Bill, the party’s disarmingly unflappable host. In this video blog (the video, above, is PG rated but the language is explicit), I revisit the tour and get an update from Bill about the strong reaction to the original video, which includes a frank conversation on barebacking, the risk of other STD’s, and serosorting.

Serosorting, or limiting sexual partners to those who share your HIV status, has become the de facto prevention technique for many gay men with HIV. Research indicates that the tactic may have value in containing the spread of HIV, but as you might guess, it isn’t so effective when it comes to HIV negative gay men who attempt to serosort amongst themselves. People who claim to be negative are often wrong, misinformed or simply lying. HIV positive men who claim to be positive are less likely to be wrong about that fact.

On an important side note: is avoiding HIV enough? Research indicates that poz-on-poz sex is much more likely to include barebacking (unprotected sex), and that means the potential of pitting a sometimes compromised immune system against other sexually transmitted diseases. If the idea of catching gonorrhea simply makes you feel nostalgic, what about (the far more dangerous) Hepatitis C? A recent study found that 75 percent of new hepatitis C virus (HCV) infections in HIV-positive men occurred in those with no history of injection drug use (IDU) — the more typical transmission route for HCV. Barebacking is the suspected culprit. In the video, I play devil’s advocate with the sex club’s host about the risks of unprotected sex, and what it means to community and to our personal values.

Everywhere on the gay hook-up radar, positive men are asking, telling, and serosorting. “Disease free, UB2″ in online profiles is being countered by the cheeky “HIV positive and plan to stay that way, UB2.” Meeting sites are engaging in some serosorting of their own by offering poz dating and hookup options.

UPDATE 2013: Bill has relocated from Atlanta and no longer hosts the POZ4Play parties, and this Poz4Play web site is no longer active. 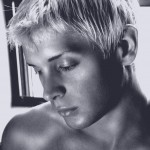 One of my favorite HIV sites, LifeLube, has started an ongoing series called “Andrew’s Anus,” and it’s about sexual health for gay men and the human papillomavirus, or HPV. But wait! The series is written from the point of view of Andrew’s anus! It’s fun and witty and has great information and I hope you’ll check it out. 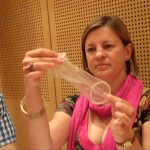 Mike Barr has returned to the pages of POZ Magazine, or at least to their web site, as a blogger on the topic of Traditional Chinese Medicine and HIV/AIDS. His knowledge on HIV treatment is stellar, so if you have any interest in eastern approaches, his blog would be an excellent start.