Checking Privilege at ‘HIV Is Not A Crime’ 2016

Previous Next
Checking Privilege at ‘HIV Is Not A Crime’ 2016 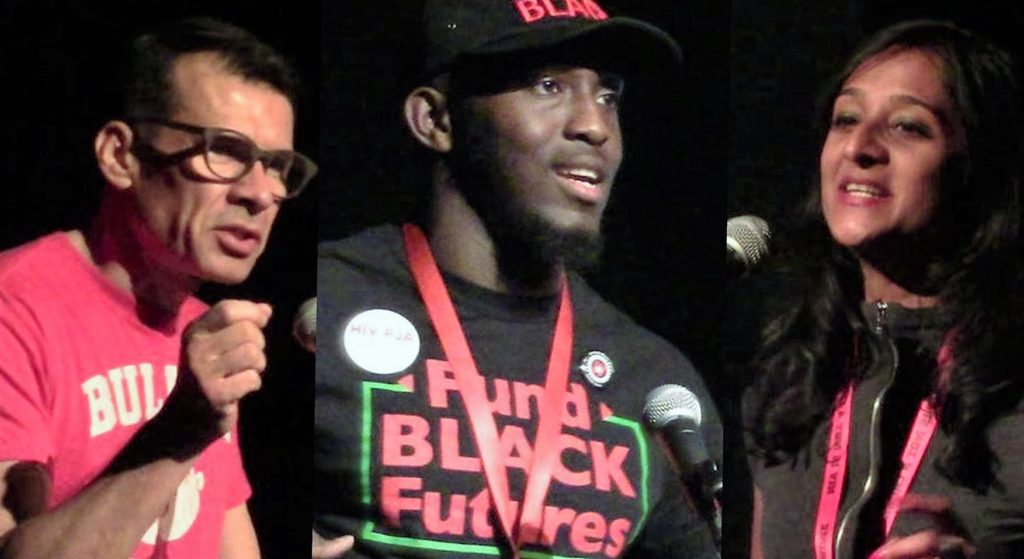 The issues of race, gender and privilege crackled through the recent HIV Is Not A Crime (II) conference like a live wire, throwing sparks at every turn. From the main stage to the hallways, attendees called out white classism, the utter failure of the criminal justice system (unless its purpose is solely to imprison black men), and what it truly means to be an ally of marginalized communities.

It was at turns exhilarating and a little unnerving. White male advocates like myself might have lost our bearings from time to time, wondering why we felt self-conscious at a conference devoted to an issue we care deeply about. No matter. The anti-criminalization movement is largely populated by women and people of color, and their job isn’t to make me comfortable (activism rarely is). Changing laws that imprison innocent people living with HIV is the goal, along with condemning the social and legal systems responsible.

HIV advocacy has always been driven by those with the most to lose. An argument could be made that gay white men, now decades after the plague years, have increasingly exited the activism scene and are off somewhere getting gay married and enjoying access to HIV treatment and PrEP. Left behind to do the heavy lifting are women and people of color. They have been core advocates in the fight all along, of course, but have had to watch as other populations got what they came for and then peeled away.

If you go with that thesis, then the prominence of women and people of color at HIV Is Not A Crime is as bittersweet as it is triumphant.

Produced by The Sero Project and the activism powerhouse Positive Women’s Network USA, the conference served as a “training academy” for advocates working to reform or repeal State-wide HIV criminalization statutes, and the work of organizers is a testament to our common bond: the empowerment of people living with HIV, speaking about ourselves, for ourselves.

The intersections of race, gender, and sexuality were given as much weight as strategy sessions on working with legislators and lawyers, and the program repeatedly drove home the fact that criminalizing behaviors related to specific groups of people is as American as apple pie. Plenary speakers included advocates for women (including transgender women), current and former sex workers, immigration reform and drug legalization advocates, and, most powerfully, people who have been prosecuted under HIV criminalization statutes.

My video coverage of the HIV Is Not A Crime (II) Training Academy provides a glimpse of demographic landscape the conference offered, even if I managed to chronicle remarks by elevated HIV advocate Mary Fisher while not capturing enough of the electrifying words of grassroots activists like Maxx Boykin, Ashton P. Woods, and Marco Castro-Bojorquez, or criminalization survivors like Ken Pinkela and Monique Moree (add them to your Twitter feed anyway). My special thanks to Nicholas Feustel, a Berlin filmmaker who is creating his own film about the conference, for allowing me to tag along during his interviews (and take advantage of his awesome lighting).

It is tough to describe the experience of being on the campus of University of Alabama in Huntsville with these fierce advocates for four days, living together in dorms and taking our meals in the cafeteria. HIV Is Not A Crime may be the most perk-free conference any of us have ever experienced, with no exhibit hall or pharmaceutical sponsors bearing swag bags, and I don’t believe we would have it any other way.

For more information on HIV criminalization, and why this continues to be the defining moral HIV issue of our time, I urge you to visit The Sero Project for video interviews with those who have been prosecuted and a state-by-state map of HIV statutes.

p.s. Speaking of conference coverage, I’m thrilled to announce that I will return to the International AIDS Conference for AIDS2016 in Durban, South Africa in July. My video blog coverage is sponsored by MSMGF and will appear on their site as well as TheBody.com. I look forward to bringing you the sights, sounds, breaking news, and most especially the people that make the bi-annual conference so memorable. Look for more details very soon.