AJC Opinion: ‘Atlanta’s history of battling AIDS will live on’

Previous Next
AJC Opinion: ‘Atlanta’s history of battling AIDS will live on’ 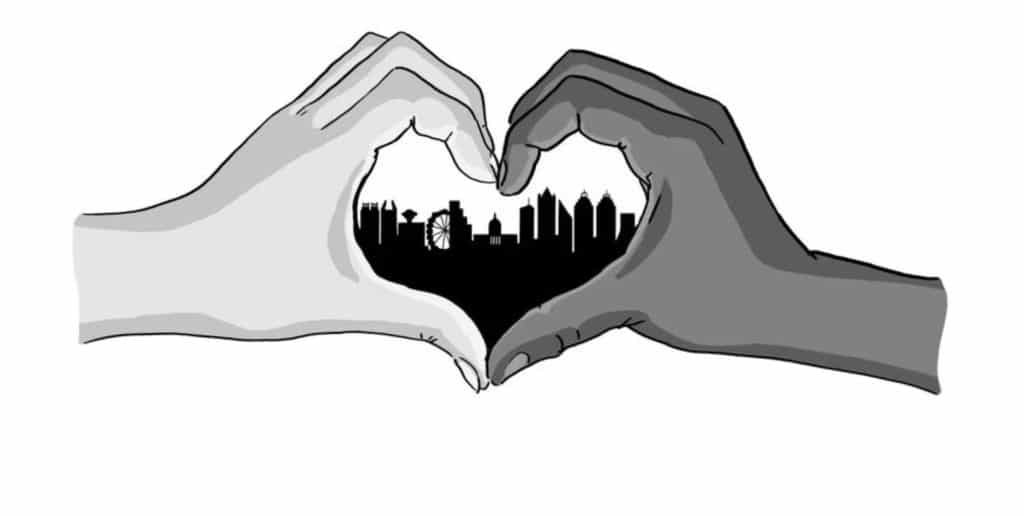 (As it appeared today, January 13, 2023, in the Atlanta Journal Constitution.)

‘The bungalow that housed a mix of horror and heroics is gone, but its legacy isn’t.’

The humble, sagging bungalow that sat until recently at the corner of 12th Street and Peachtree Walk in Midtown wasn’t simply among the last, stubborn structures left of a neighborhood Atlanta once knew. It was also the location of services for people living with HIV/AIDS at a time when very few options that might extend lives even existed.

In 1993, I came to Atlanta to serve as director of the Atlanta chapter of the National Association of People with AIDS (NAPWA), later renamed AIDS Survival Project. We were a coalition of people living with a virus that wasn’t yet successfully treatable and which carried so much social stigma that disclosure of your HIV status could threaten your job, your housing and your relationships.

As a gay man living with HIV since 1985, those issues were far more than simply organizational or programmatic. It was a personal leap of faith to even move to Atlanta for the job, thereby leaving my medical and social support network back in California. But, as people living with HIV will tell you, sometimes faith is all you have. That, and I decided that the virus wouldn’t rule my career path or my dreams.

AIDS Survival Project introduced me to countless other Atlantans with similarly resilient attitudes. Volunteers staffed a treatment library with dozens of shelves stuffed to overflowing with the latest medication news – during a pre-internet time when such information wasn’t available at our fingertips. People living with HIV hosted Operation: Survive, a weekend crash course to help the newly diagnosed navigate the physical, medical and emotional aspects of living – and not dying – with HIV.

And that was just upstairs. 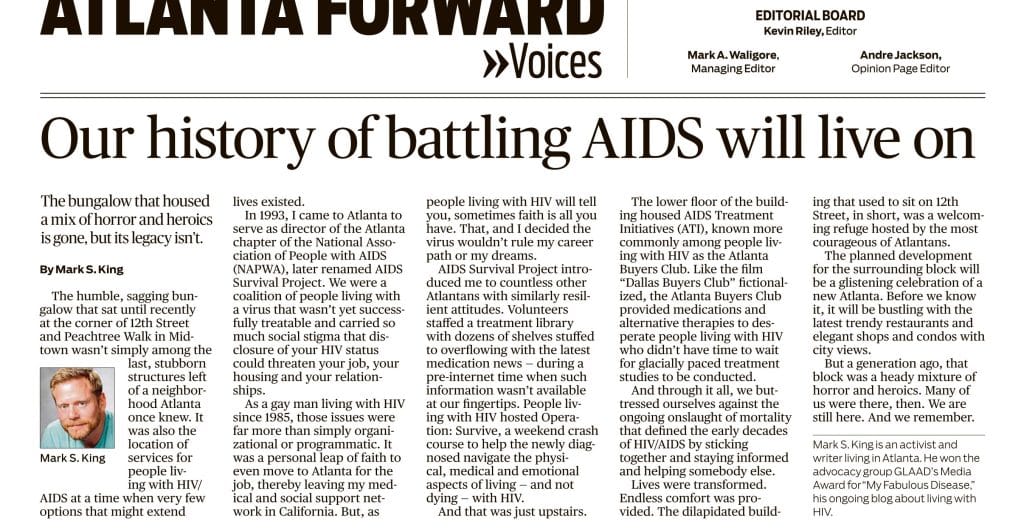 And through it all, we buttressed ourselves against the ongoing onslaught of mortality that defined the early decades of HIV/AIDS by sticking together and staying informed and helping somebody else.

Lives were transformed. Endless comfort was provided. The dilapidated building that used to sit on 12th Street, in short, was a welcoming refuge hosted by the most courageous of Atlantans.

The planned development for the surrounding block will be a glistening celebration of a new Atlanta. Before we know it, it will be bustling with the latest trendy restaurants and elegant shops and condos with city views.

But a generation ago, that block was a heady mixture of horror and heroics. Many of us were there, then. We are still here. And we remember.

(Mark S. King is an activist and writer living in Atlanta. He won the advocacy group GLAAD’s Media Award for “My Fabulous Disease”, his ongoing blog about living with HIV.)

Note: Please support vital journalism by subscribing, digitally or home delivery, to your local paper like the Atlanta Journal Constitution.