The U.S. Border Patrol is Separating People with HIV from Their Family

Previous Next
The U.S. Border Patrol is Separating People with HIV from Their Family 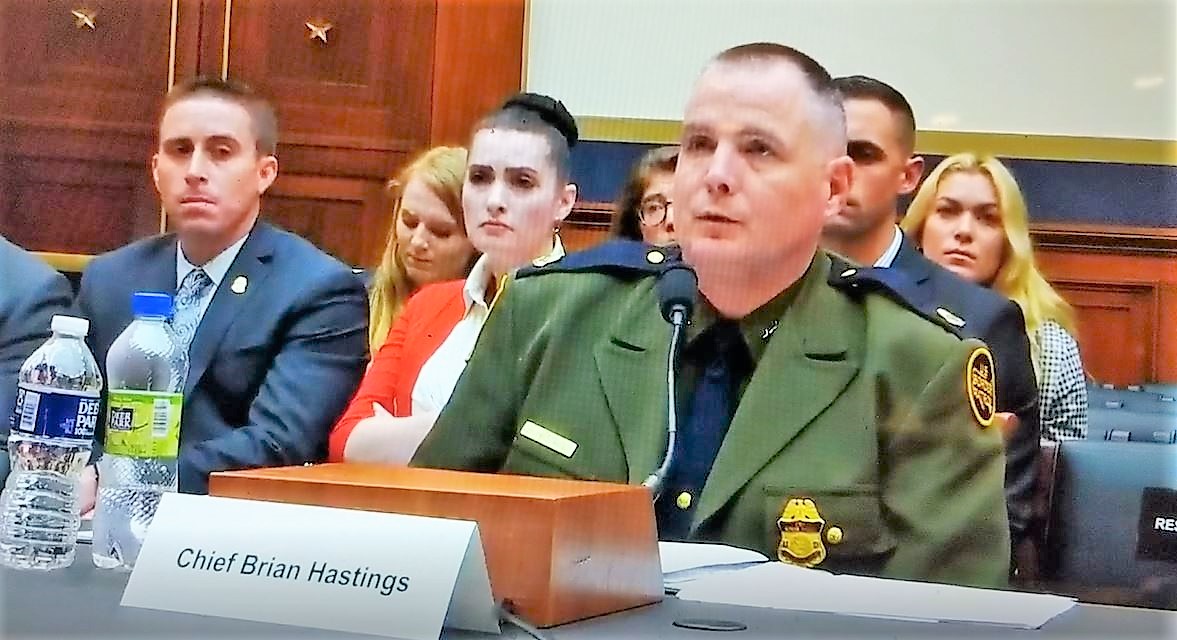 (UPDATE 7/26/2019: Are you as horrified by this policy as I am? Please re-post and/or tweet this story using hashtags #nofamilyseparation #closethecamps and tag your elected official if you can. One thing this has made clear: immigration is an HIV issue. We must not look away.)

The slow-motion train wreck once known as the United States Constitution continued its human wreckage Thursday, when Chief Brian Hastings of the Custom and Border Patrol (CBP) casually explained to Rep. Jamie Raskin in a congressional hearing that HIV status is a criteria used to separate families at the border.

The House Judiciary Committee hearing, “Oversight of Family Separation and U.S. Customs and Border Protection Hearing,” contained this jaw-dropping exchange between the two men (it occurs around the 2:26:00 mark in the video below):

Rep. Jamie Raskin (D-MD): If a mother or father has an HIV positive status, is that alone enough to justify separation from their child?

CBP Chief Brian Hastings: It is because it’s a communicable disease under the guidance.

Raskin: We have reports of kids being separated from their parents on that basis. Is that what we mean by communicable disease? It’s not communicable from contact.

Hastings: I’m not sure if that came from legal counsel. I believe that is defined as a communicable disease.

Raskin: do you have a list of the communicable diseases?

Hastings: Not with me, sir, no

Raskin: I mean the flu is communicable. Would we separate parents from their kids if a mom or dad had the flu?

How can I possibly overstate the humanitarian insanity of separating someone living with HIV from their support system? What scientific logic tosses HIV into a “communicable” bin, when they go on to admit that other communicable conditions are not a basis for separation? Are you watching this, my friends?

Nearly every day lately, I bite my tongue and resist the urge to start screaming on social media, or maybe in the middle of the street outside, that our country is rapidly sliding into fascism. It seems too awful to be true, right?

And then there are the kids in cages and another dehumanizing remark about immigrants or Muslims, and we stand around in frozen wonderment as if we have been caught mindlessly naval-gazing in Pompeii.

A Washington Blade story has since provided further context for Rep Raskin’s line of questioning:

In a statement after the exchange, Raskin said he’s “ever more dismayed” over the CBP chief’s assertion HIV status is grounds for family separation.

“Of course, we would never allow parents and children to be separated in any courtroom in America solely for this reason. As a member of Congress, a citizen, a constitutional lawyer but above all as a father of three children, I am outraged by this unconscionable, irrational and cruel policy. I urge CBP and the Trump Administration to end it tonight.”

Raskin said he based his question on a report he saw in a July 12 article by Quartz, titled ‘U.S. Border Officials Permanently Separated 3 Girls from their Father Because he is HIV+.’ According to Quartz, immigration officials ‘made the decision to permanently separate’ three sisters — ages 11, 12 and 14 — from their father and they had not seen him since. Their mother had previously died of AIDS in Honduras.

I’m so afraid. And the only response, of course, is to take some kind of tangible action. For me, that means putting every ounce of investment in the 2020 election that I can possibly spare.

I live in comfortably blue Maryland. Now I’m wondering about those people who travel to swing states to help canvas or register voters at election time. I could do that. Could you?

Meanwhile, the beat goes on, people. If you needed another reason to contact your elected official (here’s an easy tool to do it), then I just handed you a doozy. Mr/Ms Elected Official, why is our border patrol separating families? And for God’s sake, why would they do that based on the HIV status of a family member?

All you folks who got those cool biohazard tattoos as an anti-stigma measure, well, you might have been way ahead of the curve. All of us living with HIV may be branded with something like it before this frightening chapter in our national history is over.