We Need to Talk About the ‘Pose’ Hospital Episode Right Now 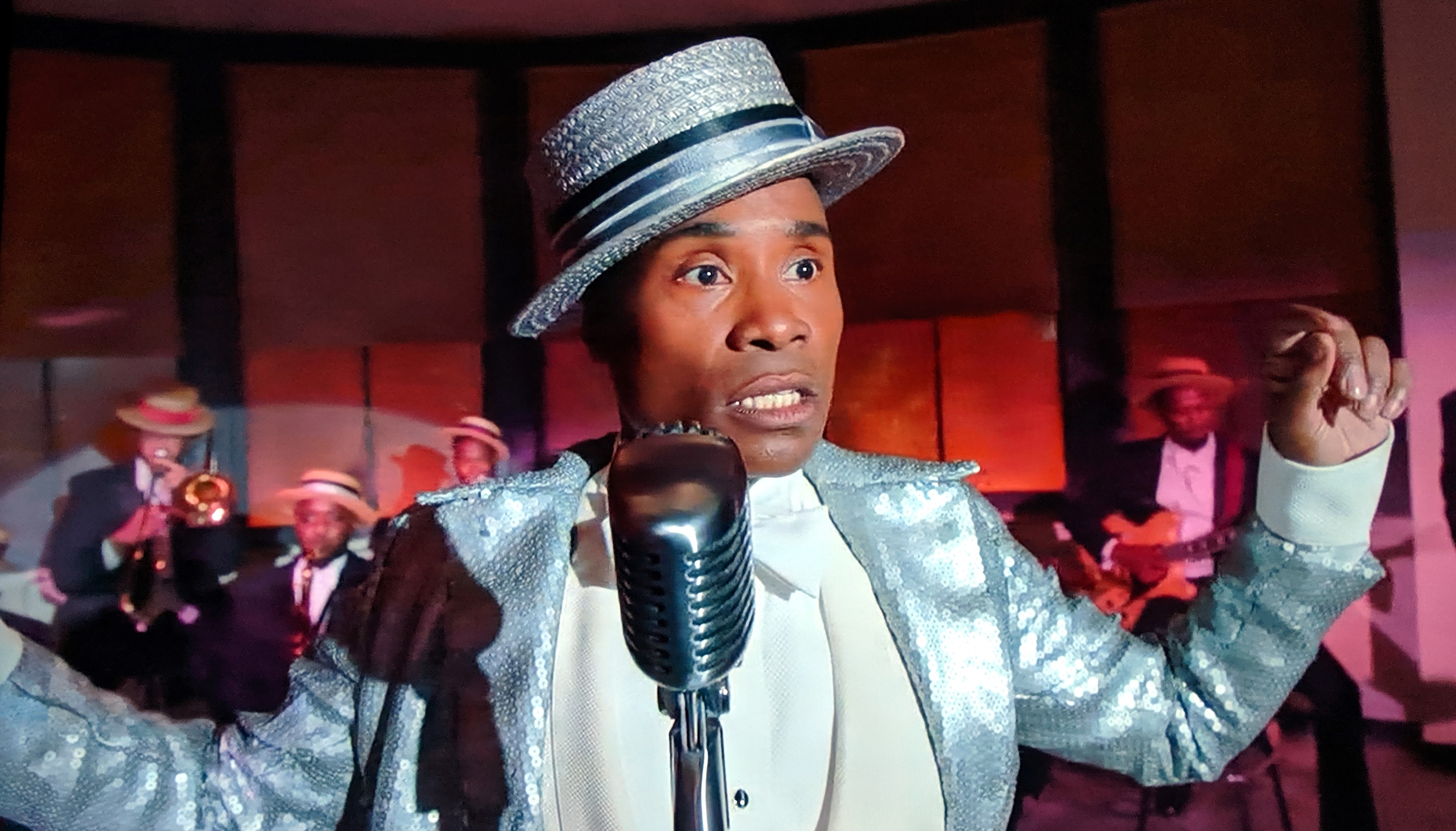 Pose on FX is nothing less than astounding to me. So much could have gone wrong, with the era, the themes, the characters, and – the aspect of the show closest to my heart and my critical eye — the disease that looms over it all.

Trans writers and advocates are better qualified to remark, and have, on the show’s moving depiction of the ballroom scene in the 1980’s and 90’s and the trans people of color who populated it. The talent of the leading actors, who are trans, is now a given rather than a novelty. What makes the show so absorbing is its depiction of their lives on the margins and how they redraw societal lines around their chosen family.

HIV has been a leading character, too, playing the villain that kills the partner of the ballroom Master of Ceremonies, Pray Tell, as it infiltrates the close-knit community of house families. Pray is HIV positive himself, and this season has dealt with his resistance to taking AZT, the only approved HIV medication in 1990, when the season takes place.

Which brings us to “Love’s in Need of Love Today,” episode six of season two, the episode that aired on July 23, 2019.

Pray Tell lands in the hospital, and it’s a dingy one, folks, which is about all he can afford. The décor consists of weak air conditioning units and pasty walls. It’s depressing, but the real horror hasn’t even started.

Pray blames Blanca, a house mother, for talking him into taking AZT, because the side effects made him sick. Now Pray will have to go off the AZT and recover from the damage. Their argument in his hospital room over the drug dramatizes the HIV community’s complicated history with AZT. Was it approved too quickly because of community and activist pressure for something, anything, to treat HIV? (Note: I grinned at a well-researched prop in an earlier episode, when Blanca takes her AZT. There it was, that unmistakable white pill with the little blue stripe around the middle. No long-term survivor missed the historical accuracy of that capsule.)

Pray suffers from a few hallucinations, which is mostly a great excuse to bring back the recently departed Candy for some shady chatter and another long drag of a cigarette. I do hope she haunts Pray indefinitely.

But then this thing happens, this surreal blend of sickness and song and blood and jazz, and I’m still trying to process.

Pray’s dead lover shows up in another hallucination and urges Pray to make it to the AIDS cabaret fundraising benefit that Blanca has been planning. Suddenly Pray is decked out in silver tails and a train, honey, that is nearly the length of the hospital hallway and festooned with illuminated plastic biohazard bags. A jazz combo starts up and Pray begins singing a rendition of “The Man That Got Away.”

And that’s not even the part that I can’t get out of my mind, not now, not two days later and after midnight, as I sit here writing this. 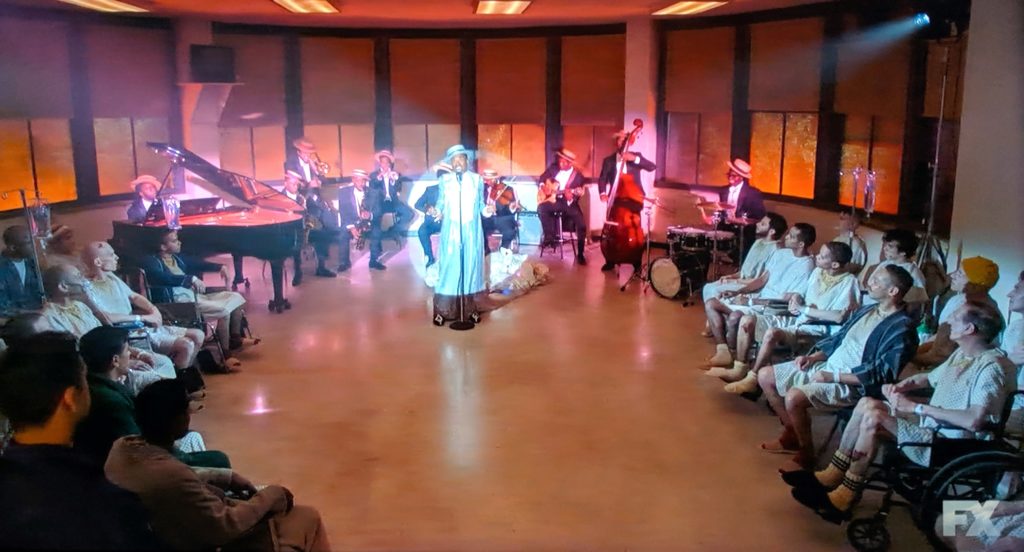 Pray sashays into a room in the hospital where the event is taking place, and “AIDS Cabaret” could not be a more apt description of the proceedings. A spotlight follows Pray, still singing, as he gently greets the audience members, each and every one of them patients who are clearly dying of AIDS.

I am not talking about pretty death. I’m talking about hospital gowns stained with vomit and gory open wounds and bandages and IV drips. The patients are watching Pray perform, some of them happy to be entertained, even if they can barely express it. They’re weak. They have days left.

“Thank you,” Pray tells his doomed audience during their applause, although you have to wonder who among them had the strength. “I hope I entertained you.” 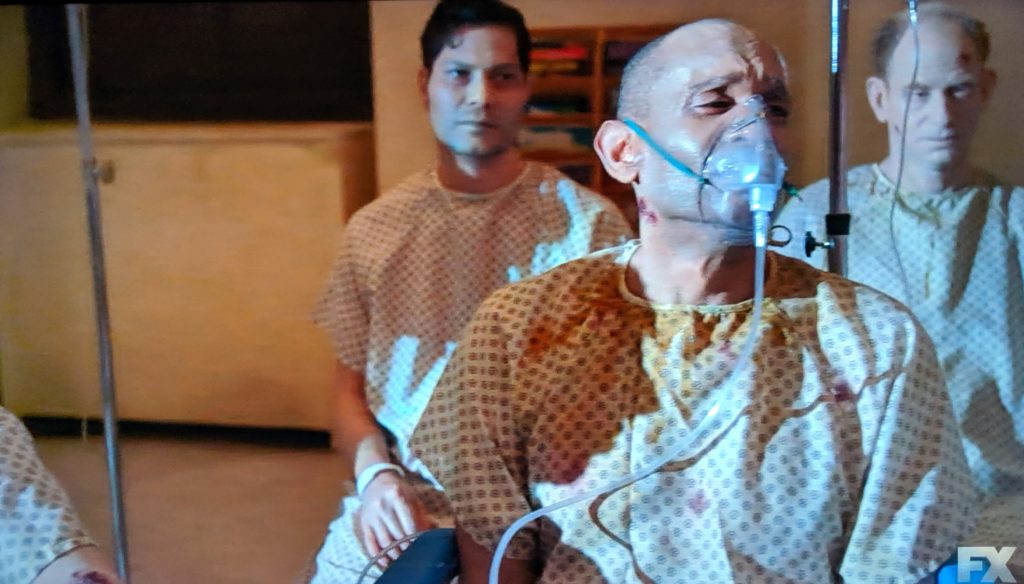 In this single feverish episode, Pose manages to combine activist politics, the inequalities of our healthcare system, the unrelenting mortality of the plague years, and our deep need as gay men to do a little song and dance if it will keep the boogeyman away for a few moments longer.

I have not even mentioned the musical performances in this episode by subversive icon Sandra Bernhard and the greatest living Broadway diva, Patti Lupone. Pose creator Ryan Murphy is not fucking around, y’all, and he is clearly being aided enormously by producers Janet Mock and Our Lady J.

Pose might enjoy its surrealism and its glitter, but I’ve been in those hospital rooms. I’ve seen those men in the wheelchairs. I’ve known the confusion and the exhaustion of singing when you could be crying.

Those capsules of AZT aren’t the only thing this show gets exactly right. 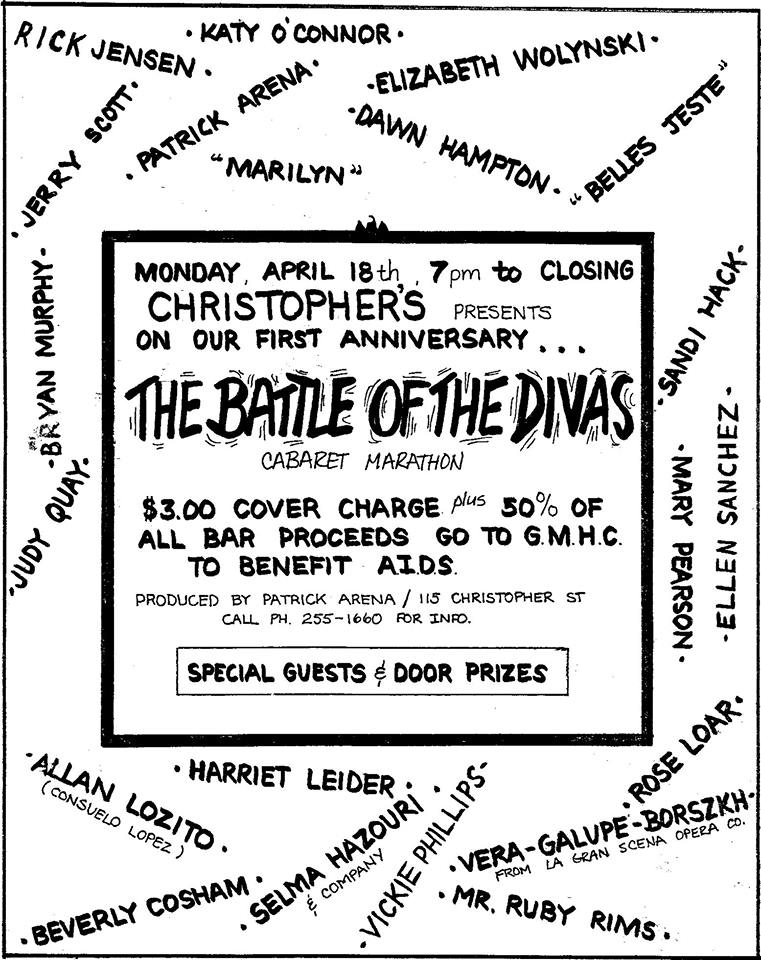 p.s. And now this: In response to my post, Patrick Arena contacted me on Facebook to tell me about an actual AIDS cabaret event he organized during the early days. “I would like to claim my little part of history,” he writes in a Facebook posting. “I produced the first Benefit for the newly formed GMHC (Gay Men’s health Crisis) in 1983. “The Battle of the DIVAS.” So many artists wanted to be a part of it that I booked ’em all and it ran for 8 hours. We raised if I recall correctly $4,000.”

That $4,000, by the way, is the amount the character Blanca says they raised from the cabaret event in the Pose episode. Coincidence?

Patrick adds that Ann Reinking (Bob Fosse’s last major ex-girlfriend, as portrayed on Fosse/Verdon, also on FX) “declined to perform in a bar, but sent us a $300 donation!”

Patrick actually has the flyer from his event, displayed here. I love our rich history!