Previous Next
‘BPM (Beats Per Minute)’ is the Sexiest Damn Film of 2017. Period. 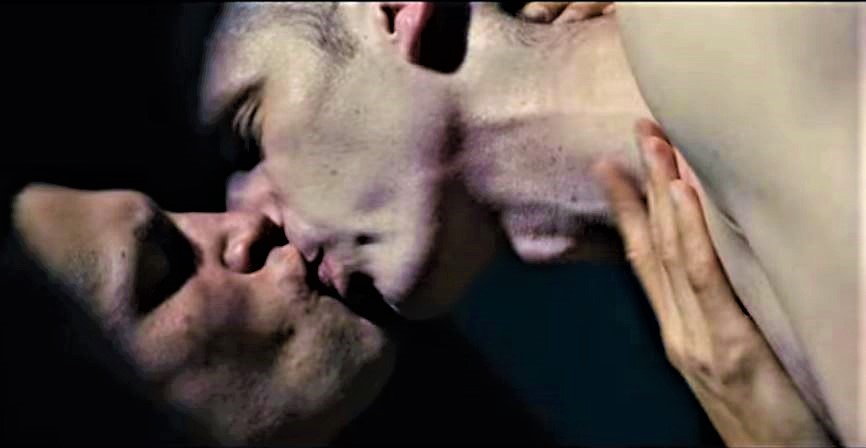 A still from the trailer of “BPM (Beats Per Minute)”

The scene, while nowhere near the most explicit in this spectacular film, is one example of why BPM is hands-down the sexiest film of the year.

Director (and ACT UP Paris veteran) Robin Campillo never allows us to forget that the young men (and women!) who populate this activism group are every bit as interested in dancing and getting laid as in making a statement. And, come to think of it, his characters’ connection to their sexual humanity during a time when touching a person with HIV was abhorrent is a heady statement in and of itself.

And, before long, the audience is forgiven and rewarded for having pictured that activist naked. Praise be.

Another new gay-themed film, Call Me By Your Name, a glossy coming-of-age story with matinee idol Armie Hammer as the object of a teenage boy’s desire, plays out like a long fuse sizzling toward a sensual explosion. But the young men of BPM don’t have time for a slow tease. They want — and desperately need — to fuck right now.

And they do, in gay sex scenes throughout BPM that are explicit for their language as much as for their actions. The camera in one scene, positioned like a third party in bed, captures a pair of lovers, one HIV positive and the other negative, having sex together for the first time. They whisper about what feels good physically and — this being the AIDS graveyard of 1991 — about what sexual risks they are willing to take, sharing their desires like they are making their most private confessions. Which they are.

There are no coy, romantically gauzy images here. The scene is pungent with sweat and lube and hungry mouths and torn condom packages and moist, lurching bodies.

This link between bed-hopping and the specter of impending death is no mere cinematic conceit. ACT UP New York veteran Peter Staley (How to Survive a Plague) once told me that “a sexual hookup diagram of the early membership of ACT UP could be titled One Degree of Separation.”

Is there tragedy, sorrow, and didactic debates about activism strategy in BPM? Yes, and every second of it is riveting. It’s tempting to encourage you to tell your friends that this is a movie about gay sex and New Wave music, though, because that isn’t a complete lie and besides, the maudlin tag of “AIDS film” is a disservice to BPM and its ability to give gay men a woody.

Again and again, whether during a protest or riding the subway or gyrating on the dance floor, the limbs of these comrads are entangled, their faces and mouths close to one another in fraternal affection and sly winks of sexual history.

For a lover to look past the tragic setting — the hospital bed and the stiff sheets and the tubes and the wires — and focus instead on the carnal desires of the man he loves may, when all is said and done, be the sexiest thing of all.