Five Takeaways from the 2018 United States Conference on AIDS 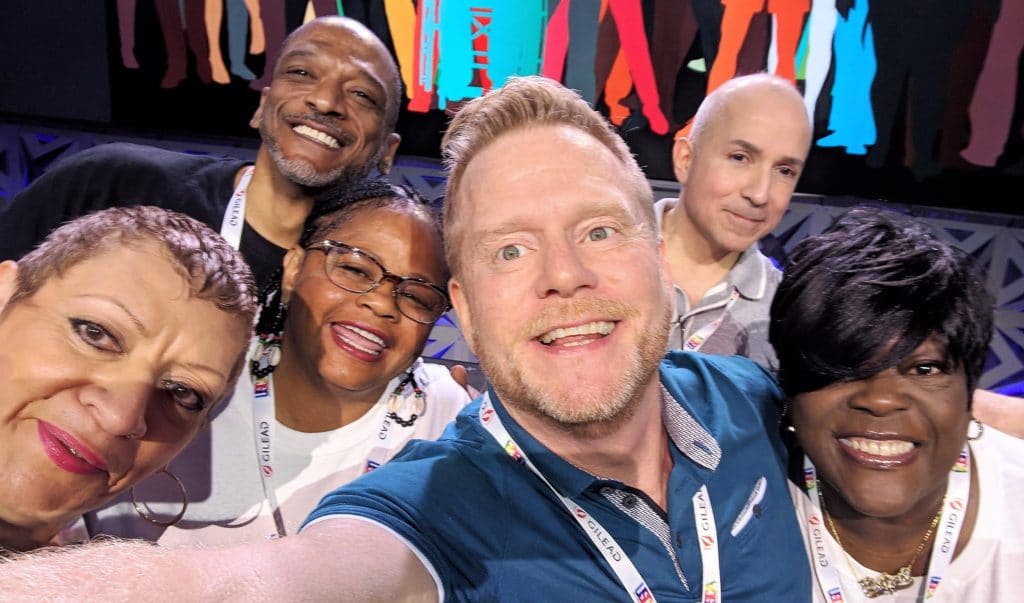 “What family doesn’t have its ups and downs?”
— Eleanor of Aquitaine, The Lion in Winter

The 2018 United States Conference on AIDS (USCA), the HIV advocacy, education and networking behemoth produced by the National Minority AIDS Council (NMAC), is the benevolent and wealthy grandfather of the HIV conference scene. We adore him sincerely, we marvel at his station in the world and the fortitude that got him there, and we tread carefully. And sometimes, to our delight or to our chagrin, Grandpa does the damnedest things.

The recent USCA in Orlando was no exception. Thousands of community HIV advocates converged in Orlando on September 6th-9th for a highly professional event rich with corporate sponsors – and a conference that is also careful to keep one foot firmly planted in the grassroots arena it has served since its early days as the annual “Skills Building Conference” for AIDS service organizations. It is a perilous balancing act that NMAC has honed through the last twenty years.

No report about the weekend’s many events and hero sightings and educational revelations can sufficiently encapsulate the conference, so allow me to offer five of my personal takeaways from the conference.

The U=U bandwagon plays on — and allows space for thoughtful dissent.

The U=U (“undetectable equals untransmittable”) rallying cry continued growing in volume and among diverse communities at USCA, getting name-checked by one speaker or another at nearly every plenary. It was satisfying, too, that the Prevention Access Campaign chose to devote two hours of its U=U pathway at USCA to explore whether or not the movement it has created might somehow be leaving those who are detectable behind – and feeling like failures. 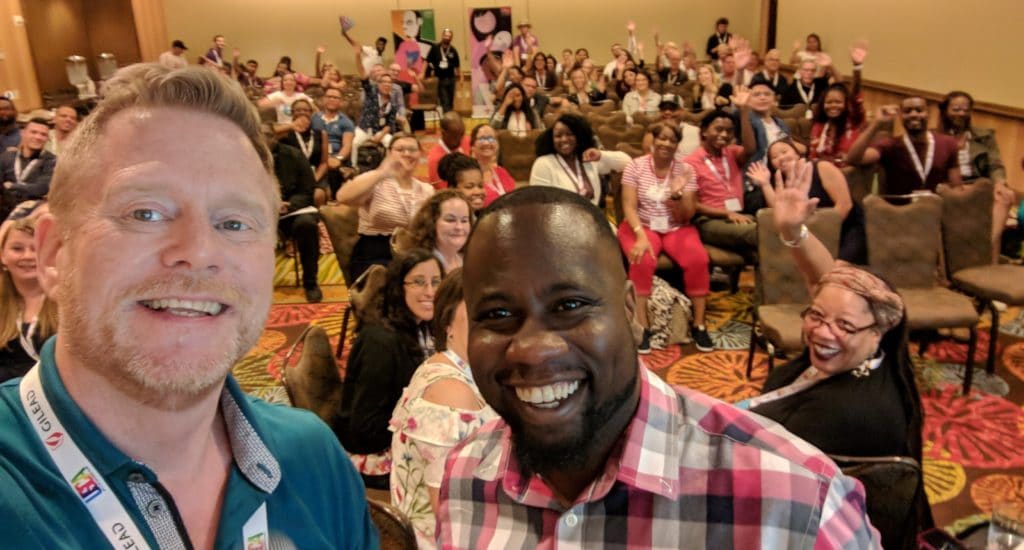 Mark with Charles Stephens at the U=U workshop, “Are We Shaming Those Who Are Detectable?”

It was my privilege to lead the workshop, “Are We Shaming Those Who Are Detectable?” with the formidable Charles Stephens of The Counter Narrative Project – a two hour interactive process in which we countered the prevailing narrative ourselves. A packed room of engaged attendees explored contemporary AIDS deaths and whether or not we are creating space for those who are detectable to be open about it. It was fascinating. (Special thanks to break-out group leaders Dazon Dixon Diallo, Charles Sanchez, and Manuel Rodriguez.)

The one remark during the workshop that remains with me: “I’m detectable,” said one attendee. The room was quiet with unsure responses. How have we come to a place where someone who is detectable – and half of those living with HIV in the United States are – is met with confused reactions even from the most informed advocates in the country? The workshop left me convinced that the U=U message isn’t the problem, per se, but we must also sensitize ourselves to the plight of those who may feel isolated and silenced for not having achieved this clinical goal.

Past slights were corrected.

There’s practically a tradition at USCA that, at some point during a plenary, trans activists will mount a protest to call for better recognition and support from the conference. It’s literally been scheduled into the agenda in past years. This year, that slight was corrected with a major plenary devoted to trans issues, including a woman speaking as the first trans community relations person representing pharma.

Meanwhile, it might surprise you to know that USCA has never devoted a plenary to long-term survivors of HIV before. That was also rectified this year, with a plenary on trauma-informed care that featured “The Survivor Monologues,” six long-term survivors, myself included, offering glimpses of our lives, challenges, and personal victories. Here’s a video of the monologues (thanks to my videographer Derrick Mapp for taping it!).

It was terrific to see NMAC so willing to soothe past wounds. Alas, sadly, the conference stumbled right into a brand new one.

Nobody puts Larry in a corner.

Consider my eyebrow raised when I heard that NMAC had invited the iconic activist and ACT UP founder Larry Kramer to be a plenary speaker. I loved the gesture, of course, and it was clever for NMAC to roll the dice on a volcanic speaker who kicks ass and takes names.

But, as the saying goes, the best laid plans… When Larry was unable to attend in person for health reasons, NMAC videotaped his address. The video ran long, as it was explained during the plenary, so they showed an edited version for the crowd — a version that conveniently deleted Larry’s excoriation of pharma greed, and of Gilead in particular. You know the one. The pharma that is a major sponsor of USCA. 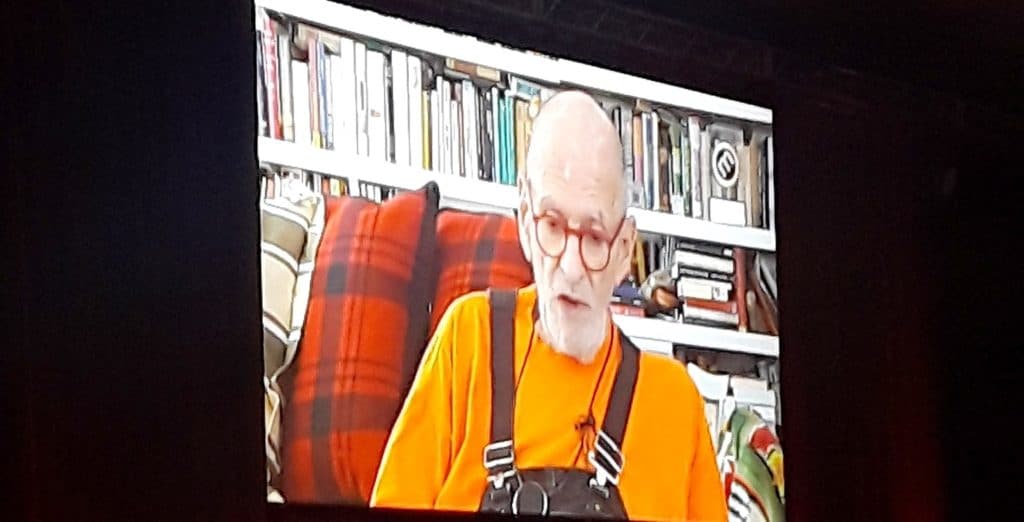 I would love to know who the genius was who thought it was a good idea to cut Larry’s criticism of a corporate sponsor and then hope that no one would notice. Well, Mr. Kramer noticed, thankyouverymuch, and the boneheaded act of censorship backfired horribly when Larry posted on social media how disgusted he was to have his fangs cut in the service of NMAC’s agenda. (You can watch Larry’s full remarks in the video below of the closing plenary, beginning at the 1:49:10 mark.)

Apologies were made. The full video was then shown at the closing plenary. But the ordeal left activists like me shaking our heads. NMAC’s inspired idea to include an outspoken voice instead became an example of their devotion to their corporate ties – and Gilead could have handled the criticism to begin with! NMAC’s miscalculation squandered a wonderful opportunity to truly honor Larry in all of his mercurial glory. And what a shame that is.

“Historical Trauma” was the best presentation I’ve seen at USCA… ever.

This presentation taught me things that I will use in my advocacy right away. Dr. Michele Andrasik’s brilliant insight into historical trauma and how it reverberates through generations – centuries, even – was worth the trip to Orlando for me. Brava!

The power of our community transcends all.

Everywhere in the conference hotel – the hallways, the lobby, the smoking area, the workshop rooms – you could witness old friends and fellow soldiers in this fight greeting on another, embracing, laughing over shared victories and tribulations. People we know on social media whom we’ve never met before sprang to life before our eyes.

This is the value and the miracle of USCA. Our community spirit spills out from the workshops and into the halls and beyond.

There were too many old friends and personal heroes on site for me to mention, but I was especially delighted to meet Rajee Narinesingh, the trans activist who won the hearts of television viewers during her three appearances on the E! Channel series Botched. Her pure joy sends you reeling. She has never allowed the disfigurement of her early facial feminization surgeries – a condition the surgeons on Botched were able to correct — to dampen her spirit. I practically pounced when I spotted her, and our Facebook Live interview has her funny, audacious personality on full display.

And that, my friends, is what keeps me coming back to USCA and enjoying the experience as much as I do. Activism is joy. Activism is friendship. Activism is life.

Thanks for all that you do in this struggle, and please be well.