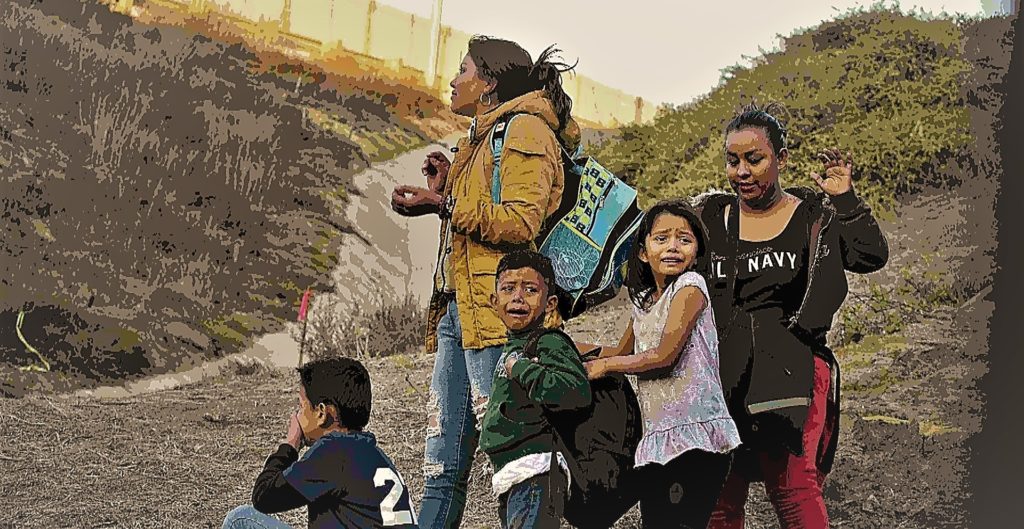 A coalition of HIV activists have released a statement that tears into the recent testimony of Customs and Border Patrol (CBP) Chief Brian Hastings, while the policy he outlined to separate parents with HIV from their families is being walked back – but not, as of yet, officially stopped.

The group statement, below, goes even further than a denunciation of the cruel and scientifically unsound policy of taking HIV positive parents from their children. It calls for “an immediate end to family separations” of all kinds, and demands the closure of the “concentration camps.”

Yes. Nobody tells the truth quite like an AIDS activist. The full statement reads:

During a Congressional hearing on Thursday July 25, 2019, Chief Brian Hastings of the U.S. Custom and Border Patrol (CBP) casually explained to Rep. Jamie Raskin (D-MD) that CBP separates families at the border based on HIV status. Indeed, according to reporting from Quartz, three sisters, ages 11, 12, and 14, were permanently separated from their father in November, 2018, after they crossed the border from Honduras seeking asylum, because he was living with HIV (their mother had previously died of AIDS).

The Trump administration’s endless campaign of terror targeting the most vulnerable people in our country continues. There is no legal, medical, or ethical justification for separating families based on HIV status, let alone ripping families apart and traumatizing children in the process.  In June 2018, a federal judge ordered an end to the administration’s barbaric family separation policy, yet when HIV is involved, the policy continues.

As a coalition of organizations led by people living with and impacted by HIV, we are crystal clear: separating immigrant families based on HIV status is another flagrant excuse to violate the human rights of people fleeing violence, oppression, and grinding poverty, in order to further this administration’s white supremacist and xenophobic political agenda.

Because HIV is not transmitted through casual contact, it was removed from the list of communicable diseases barring entry to the United States in 2010. Now, nearly a decade later, the CBP is ignoring not only the policy change, but also the underlying science.

HIV does not in any way affect the fitness of a parent; indeed, people living with HIV not only have and raise their own children but are also foster and adoptive parents.

Dehumanizing, abusing, and traumatizing vulnerable people for political gain is the Trump administration’s cruelest currency. U.S. and international law establishes the right to seek asylum. As human rights advocates, we refuse to sit idly by while families are torn apart; children and adults abused, tortured, and denied necessary medical care; and people detained in concentration camps and deported without due process or legal representation.

We demand an immediate end to family separations; we demand that the concentration camps close immediately; and we demand that human rights for all, regardless of immigration or HIV status, be protected and defended, not abused and denied, by all representatives of the U.S. government.

We call on all 2020 presidential candidates to immediately and explicitly commit to these demands.

Other HIV/AIDS groups can join the statement by signing on here. The activists also created a handy media toolkit to give you resources or to share with your elected officials (remember how to contact them? Just click here to share your thoughts on this policy.)

The intense and immediate blowback to Chief Hasting’s testimony has produced a statement from at least one presidential candidate, another statement from National Minority AIDS Council head Paul Kawata (picked up by MSNBC’s Joy Reid), and what appears to be a bit of walking back from the CBP itself.

The statement below re the Trump administration using HIV status as an excuse to take migrants' kids from them at the border is from the executive director of NMAC (the organization that also organizes the US Conference on AIDS): https://t.co/dJHhBXe5QD

A piece in The Hill on Friday, “Border Patrol official walks back comments about HIV, family separations,” had this update:

After saying during a House hearing Thursday that being HIV-positive was enough of a reason under communicable disease guidelines to separate parents from their children, Border Patrol’s chief of law enforcement Brian Hastings told The Hill in a statement Friday that this was not the case.

“CBP [Customs and Border Protection] would not separate families due to the communicable nature of HIV,” he said, adding that the virus “does present additional considerations that may affect how migrants might move forward in processing.”

He said that separations of this nature are generally due to potential requirement for hospitalization and whether it was in a child’s best interest to wait for their parent in CBP or Health and Human Services custody.

“Border Patrol makes all separation decisions on a case-by-case basis and these decisions are not taken lightly,” he said.

Uh huh. It’s unclear how lightly the 2018 case of a Honduran family was handled. Their father was taken from his three daughters and deported because he is living with HIV and his daughters have not seen him since. It was this family tragedy that caught the attention of Congressman Jamie Raskin (D-MD) and led to his questioning of Chief Hastings at a House hearing on Thursday.

The reaction to this latest national outrage, then, has produced the usual solar flare of indignation and, it appears, even some potential change. Advocacy works, and the spontaneous action on the part of HIV activists is just the kind of kick-ass reaction the situation warranted.

But let’s face it. We have no freaking idea the true extent of what is happening on the border or within the confines of these detention centers concentration camps on a daily basis.