In My Humble, Closeted Opinion

Previous Next
In My Humble, Closeted Opinion

This is the story of how one AIDS activist sold his soul for sixty bucks.

Living with HIV can be expensive — you never know when you may need to dash to the pharmacy for some damn thing. Or renew your subscription to Vanity Fair. So I was happy to get on a list for a marketing company that would pay me to be interviewed about various subjects.

If there’s anything I like discussing, it’s my opinion. 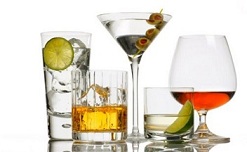 Recently they called and asked if I drank scotch. Of course, I responded. Love the stuff. Okay, it doesn’t precisely jive with the fact I’m a recovering addict and alcoholic, but it was the right answer. I was invited to join a focus group on one of the vilest alcoholic beverages known to man. No actual drinking would be involved. And they paid cash.

A few days later I was escorted into the focus group room with seven other men. I looked closely at the group and it dawned on me — the Wrangler jeans, the scuffed work boots, the indifference to hair products — that I was dealing with decidedly straight men who lived outside my safe haven of Atlanta. As the saying goes, the only thing wrong with Atlanta is that it’s surrounded by Georgia.

The facilitator began by asking us to describe the sensations of drinking scotch. “It’s got a smooth feel to it, yep,” one man offered. I agreed. “Smooth” would become my default answer for most of the evening. What followed was a litany of the pleasures of drinking a dozen different brands.

“That J&B has a peaty taste,” said one, to several heads nodding in agreement. “Yup,” said another, “but ‘course, your single malts usually have that. I prefer the bite of Dewars, m’self.”

What the hell were these men talking about? Was “peaty” actually a word?

“And you, Mark?” asked the facilitator. “What about the Famous Grouse?”

I couldn’t remember if Famous Grouse was a bird or a Dr. Seuss character. I was sinking fast.

“It’s smooth,” I replied a little nervously. Thankfully, a head or two nodded, and they returned to their debate over double malts and peatiosity.

The facilitator then produced magazines and asked us to cut out pictures that reminded us of scotch. Well, you can just imagine my relief. I had no idea there was a talent portion to the evening. I snatched up Rolling Stone, pulled myself away from the movie reviews, and artistically cut out pictures of pouting women and buff men. Whereas the others in the group carelessly ripped out whole pages with no sense of composition whatsoever, I requested glue and produced a dramatic collage entitled “Shake Me, Stir Me: My Scotch Experience.”

When asked at what times we enjoyed the drink, I listened to accounts of fly-fishing trips with the boys, drinking scotch fireside, and imbibing with “the little lady” after a grilled sirloin. I might as well have unearthed some lost army of terra cotta rednecks in the Georgia mountains.

Uncomfortable emotions began to stir inside me. I resented the authenticity they took for granted – and the effortless masculinity I had always viewed as a threat to my own. But truth be told, they were simply sharing stories of their friends and their wives, while I had offered nothing real about myself.

They were guilty only of being themselves, and my selfish defenses were ridiculing them for it. But I was too threatened to see it at the time. My bombast remained securely hidden.

“I enjoy it best when I lick it off my gay lover’s balls,” I wanted to say. How could I march in a gay pride parade with “No One Knows I’m HIV positive” emblazoned on my t-shirt, I begrudgingly wondered, but I couldn’t come out in a room of eight men?

“Let’s say a bottle of scotch came to life as a man,” the facilitator queried — a bit too conceptually for the room, in my opinion. “What would he be like?”

“Oh, he’d be a friendly, boisterous man!” one said. “Yeah,” said another, “with mud on his boots. A real outdoors man. Definitely not a dandy man.” It was hard to know if you were being insulted when they used good ‘ol boy euphemisms.

“Well,” he replied, “he definitely wouldn’t kiss boys, if ya know what I mean!” This piece of striking wit was greeted with guffaws all around. Pot bellies and hair pieces wiggled with laughter.

“And what would this scotch man, come to life, look like to you, Mark?” the facilitator asked. All eyes turned to me. The time was now.

“Well…” I began. “He’d be, ah… smooth.” Everyone nodded with approval.

I left after the two hour interview with sixty dollars in cash and a nagging sense of an opportunity missed.

My God, what would Larry Kramer think?

When I initially wrote this more than ten years ago, I was comfortable with my stereotyping of straight men — and Georgians in particular — for comic effect. There was zero self-awareness in the essay. Re-reading it this week, I realized it had a mean spiritedness that bothered me. I revised it in an attempt to reflect my own insecurities during the focus group, which clearly colored my attitude toward the other men in the room. Alas, the piece may be beyond repair.

And what an artifact this is, considering that anyone watching the redneck television vehicle Here Comes Honey Boo Boo knows that her “Uncle Poodle” (Lee Thompson) has come out publicly as a gay man. What’s more, Lee also disclosed recently he is HIV positive. You should definitely check out Sean Strub’s article about this, because Thompson claims to have pressed charges against his former partner for not disclosing his status, and that the partner is now serving a five year jail sentence. HIV criminalization meets trash TV!