Our friend Larry Kramer, the godfather of the AIDS activism movement, hasn’t lost his edge. That should surprise no one. In his speech at the Queer Liberation March on Sunday, however, Larry was nearly wistful, reminiscing on his legacy and acknowledging his advanced age (“I’m approaching my end…”).

Larry isn’t particularly fond of waxing poetic about his place in history; he told me as much in my 2017 profile of him for POZ Magazine. He much prefers to focus on the next battle, even if it is the same war.

Larry’s dim view of “gay life” these days – the ceaseless, senseless pursuit of hedonistic pleasures – remains firm, virtually unchanged since Larry wrote Faggots forty years ago and became the Cassandra of our time in the process. His claims of governmental genocide aren’t new either, but they take on new urgency in a country that is stripping civil rights from LGBT citizens and packing innocent people into detention camps.

Thankfully, Larry also makes me want to do everything I can to avoid that potentiality. He is beseeching us to do just that.

Read this, and tell me what it makes you want to do about it. 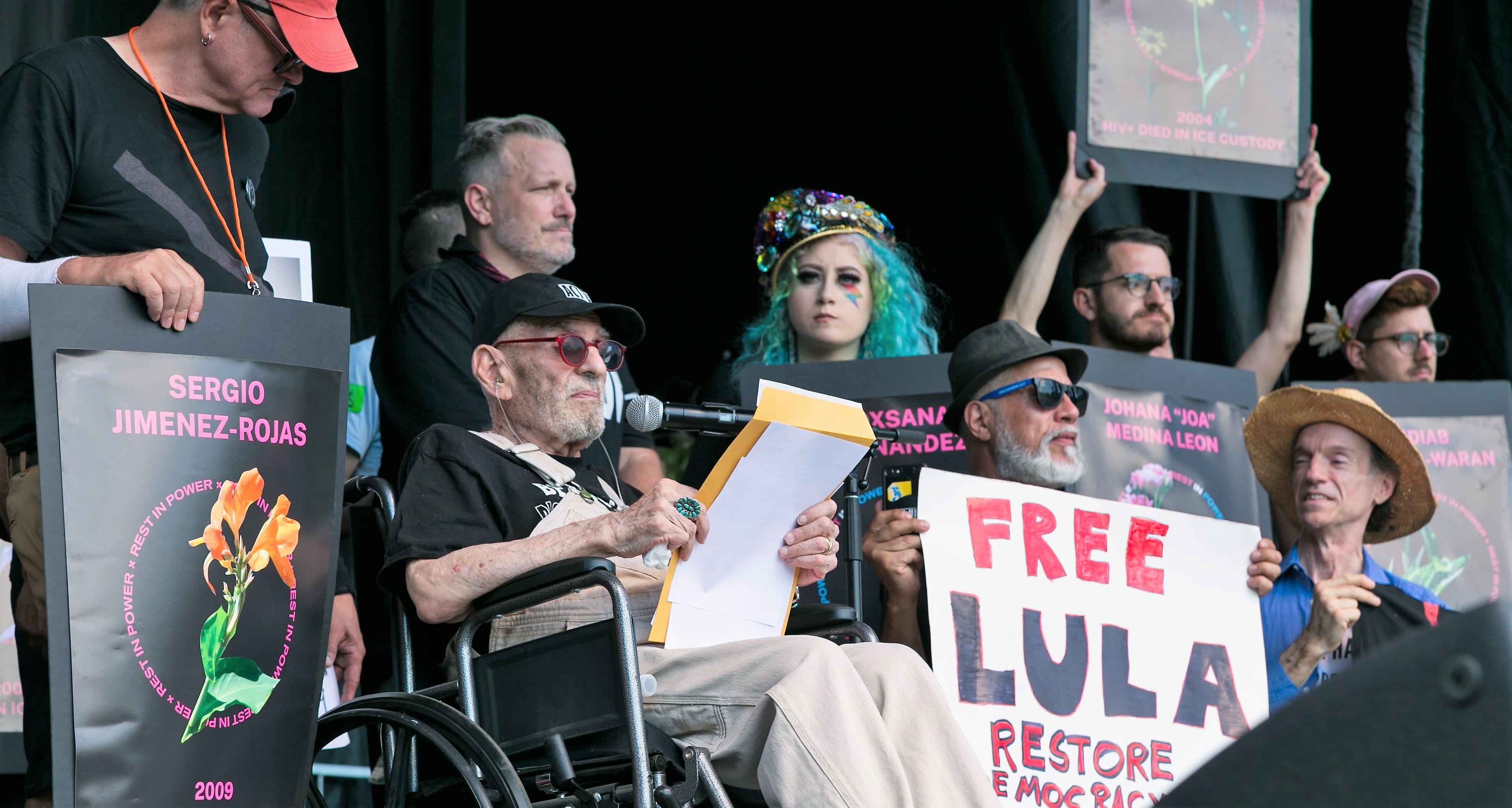 What does Pride mean to you? I’ll tell you what it means to me. I love being gay. I love my people. I think, in many ways, we’re better than other people. I really do. I think we’re smarter, and more talented and more aware of each other. And I do. I do. I totally do. I am very proud to be gay.

I’m approaching my end, but I still have a few years of fight in me to scream out the fact that almost everyone gay I’ve known has been affected by this plague of AIDS. As it has since its beginning, this has continued to be my motivation for everything I’ve done. It’s been a fight I’ve been proud of fighting.

I almost died three times. I started a couple of organizations to fight with me against the plague. In the end, we failed. I certainly feel that I failed. 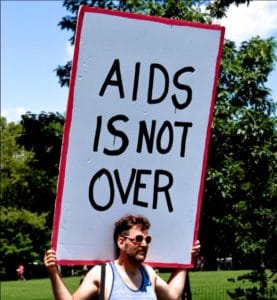 There is no cure for this plague. Too many of us are still getting infected. We have become too complacent with PrEP. Research for the cure is still in the Stone Age. The few treatments we have are woefully expensive and come with troublesome side effects. Their manufacturer is holding us up to ransom.

Yes, we have lost the fight against AIDS.

Laws and regulations that sort of protected us are being repealed and rewritten.

Their media, their newspapers, their networks of the rich and religious, their very president and vice president will see to it that we are useless. Their wildest dreams come true! The faggots are disappearing, and they are doing it to themselves! We have everything required to save our world except the will to do it.

It should have been simple: fight for our rights; take care of ourselves and each other; be proud of ourselves; be proud we are gay. This should be what every gay person is fighting for seven days each and every week.

If we do not fight back against our enemies, we will all continue to be murdered. But we have a population that is inept at organizing ourselves. And we have a monstrously bad record of attempting unity. We are not very good at fighting back. 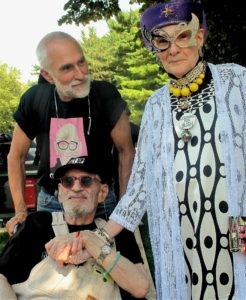 All this is very sad and frightening. A large uncongealed mass of potentially excellent people doesn’t know what to do with themselves or even bother to learn the history that got us here. So, they dance. So, they drug. So, they go on the apps to find more sex. These are useful lives being wasted.

Do you think our enemies care about the rise of HIV infections? “They” are grateful for them. “They” thank us for our cooperation, and our silence and our invisibility.

Now word has come down from on high: Get rid of the faggots once and for all. You think the law, and this president and Supreme Court will protect us? Think again.

Tell me: What do you do with yourselves all week long — seven days and nights a week — that amounts to anything really important for us as a people? What do you do to make your world — our world, our history — a better place? A world that needs every bit of help it can get — our world, not their world. Because I do not see enough of us fighting this fight, performing our duty.

I love being gay. I love my people. I think in many ways we’re better than other people. I really do. I think we’re smarter, and more talented and more aware of each other. And I do. I do. I totally do.

But I am finding that I am not so proud of being gay today as I was yesterday. As much as I love being gay and I love gay people, I’m not proud of us right now. I desperately want to feel full of pride again.

Please give me something to be proud of again. Please — all of you — do your duty of opposition in these dark and dangerous days.

Thank you for being here.