Our Problem with Being ‘CURED’ of HIV

Previous Next
Our Problem with Being ‘CURED’ of HIV

In the late 1980’s, I let this odd, fussy man into my office at LA Shanti, my first AIDS agency job. He seemed earnest and harmless and he just wanted a few minutes of my time. “I have the cure for AIDS,” he politely announced. Sadly, he wasn’t the first person to say that to me, but we practiced more suspension of disbelief during that wretched decade so making such a statement wasn’t immediate cause for removal from my office. 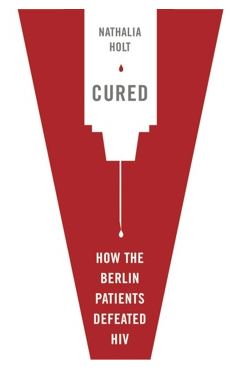 He set a wooden box on my desk, the size of a breadbox and with unfinished wood, like something you had just started building in shop class. He opened it to reveal a jumble of wires and what appeared to be a very large battery of some kind. It looked like a bomb.

“Electromagnetics,” he said, with his index finger up, like a teacher. I was so entranced by the device that I didn’t notice him attaching one of the wires to my finger with a clip. I felt it softly bite my skin and looked down, horrified.

His scholarly tone didn’t change at all. “When I attach this to your other hand,” he said, reaching for it, “the magnetic field will purge your body and your blood.” I saw him taking my other hand. “This is science,” he added proudly. He was smiling.

It’s tricky in the HIV community, using the “C” word. Long term survivors like me have had our hopes raised so many times, only for the rug to be pulled out from under us, again and again.  The list of miracles-in-waiting goes as far back as the dawn of the AIDS crisis itself. Herbal remedies. Rare fish guts. Tribal potions from exotic locales.

And so picking up a new book with that word right in the title, well, you can imagine the skepticism.

CURED: How the Berlin Patients Defeated HIV and Forever Changed Medical Science is exactly as advertised and a little more. Nathalia Holt‘s (below) engaging new book is quite a pleasant surprise, taking a user-friendly approach to its complicated subject. Not only does it provide the timeline of the advancements to date in HIV cure research, it gives us juicy, humanizing details about all of the players involved. 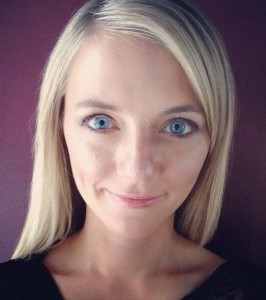 Much of Holt’s book has the characterizations and forward motion of a good novel. We meet “Christian” (not his real name), the first Berlin patient who has achieved a functional cure to date. We find out exactly what happened in that Berlin clinic when he received his HIV tests results, what he was feeling, how it affected his relationships. We learn that it was Christian, not doctors or scientists, who elected to end treatment after several months (beginning very soon after his infection), leading to the discovery that his virus was under control and has not flared up since.

The same goes for Timothy Brown, who achieved even more notoriety as the later “Berlin Patient” because of the drama of his curative process (he had two bone marrow transplants and nearly died more than once) and because he has been willing to be public about it.

Timothy is the real heart of CURED. His endearing humility draws you to him as the book follows everything from his medical journey to his love life to his surprisingly modest existence today.

(In both Christian and Timothy, minute amounts of HIV virus have been located in their bodies since their treatment, but these reservoirs have not caused health problems. This is known as a “functional cure.”)

All the principle players evidently cooperated with Holt, an HIV researcher herself, and the level of access shows. We not only learn who each of the major researchers are, but what brought them here, what their families are like, and what personal sacrifices they faced along the way. Particularly juicy are the stories of egos and competition among the scientists — and how people who made no contribution at all to various studies scrambled to get their names attached because of the cutthroat world known as academic publications.

Science has never been my thing. I’m not confident writing about it, and intimidated by reading about it. But, except in its last chapters when Holt hurriedly catches us up on the latest research, CURED is easy to follow and has engaging insight into the very real people behind the headlines.

And hey, how cool is it that no one was electrocuted as part of this research?