Revisiting My Sad and Trivial Night with Rock Hudson

Previous Next
Revisiting My Sad and Trivial Night with Rock Hudson 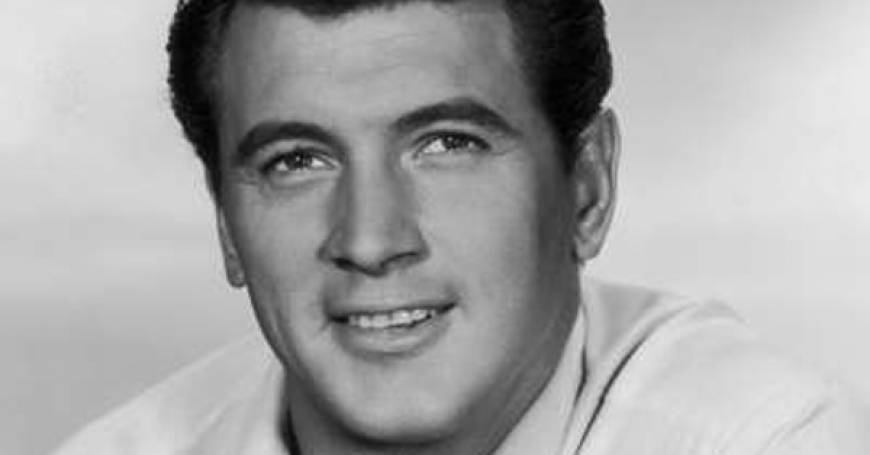 (The 31st anniversary of the passing of Rock Hudson brings this memory back again, as it does each year. Maybe I want you to know this sordid tale because I’m still as star-struck and vain as when this happened. Or maybe the memory still brings back fear and melancholy, so repeating it here feels like sharing my favorite ghost story. I’ll let you make your own conclusions.)

Over and over, footage of Rock Hudson standing next to Doris Day was playing on television, and he looked ghastly. His skin was wrinkled and sunken as if by very old age. It was 1985, and it was one of the last close-up images most of us would ever see of the movie icon. And it was terrifying.

My heart was pounding, and I tried to listen to the voice-over, which spoke of the sudden illness of Rock Hudson and speculation that he might have AIDS. Throughout the newscast, memories of a night in 1982, nearly three years earlier, sprang to life. The images taunted me and screamed at me and said gonna getcha gonna getcha gonna getcha …

Charley and I had recently moved to Los Angeles and the city still held such mystery and promise for us. We were excited about spending our anniversary at the gay restaurant New York Company, where you got a candle on your table and mushrooms on your prime rib and they would probably sing to us or bring a special piece of cake.

No sooner had we settled at our table and ordered drinks than Charley started nudging my arm and staring at something behind me. I glanced in that direction, and was stunned to find Rock Hudson seated there, talking with another man.

In our short time in Los Angeles, I had developed the attitude that famous people deserved their privacy and one shouldn’t ogle them. I thought it was cool not to care they were there, even though I was dying to look. In any case, Charley was staring across our table in a gay restaurant directly at Rock Hudson and I wanted him to stop right this minute.

I was definitely jealous, not only of being upstaged by a movie star at my anniversary dinner, but because I wanted to look at him so badly myself, and Charley had the perfect view. So I pestered poor Charley for the next ten minutes about how rude he was and how I couldn’t believe he found the man so fascinating and why couldn’t he pay attention to me on this special night and all sorts of other such lies.

“You men having any fun?”

There was no mistaking the voice, and I looked up from my pouting stance to Charley, who was grinning across our table at the man behind me. “Sure,” Charley managed to say. I turned around and Rock Hudson was smiling at me. I was a star struck boy and there was no hiding it now.

“Yeah, me too,” I said. How completely embarrassing.

“You sure?” he asked, “Because my friend and I were just discussing it, and I was saying that the two of you were having a fight.”

“Uh no, not at all,” I lied, jumping in before Charley had a chance to say what a bitch I was and how I thought you shouldn’t ogle movie stars. “I think we’re just kinda tired. As a matter of fact, today is our anniversary and we’re celebrating.”

“Yeah,” said Charley, “we’re doing fine. How are you tonight?” He was playing along, had forgiven me, and was asking Rock Hudson a question. This was unbelievable.

“It’s really wonderful that you two are having an anniversary. How long have you been together?”

“Three years,” we said in unison.

“That’s just great. Congratulations.” At this point he introduced his friend, who went “way back” and who’s name I couldn’t tell you in a million years, and then he offered an invitation. “Come sit with us, boys. Have a drink. It’s a special occasion.” 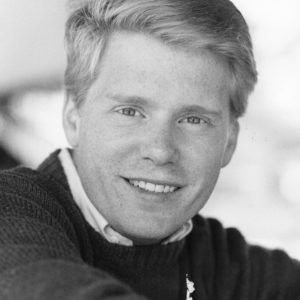 I looked at Charley, holding on to my “protect their privacy” stance for a few more seconds, but he had already risen to join them. What the hell. Like I would have refused. I took my spot beside Rock Hudson because I would have broken Charley’s arm if he had tried that seat and he knew it. Another round of drinks appeared, and the star launched into clever stories that I don’t quite remember but were more than fascinating at the time.

The conversation wandered onto Trivial Pursuit, the game which was then new and all the rage.

“We’ve got the game, Rock,” Charley said. “You should really come over some time and we’ll play it with you.” I couldn’t believe what he was saying. He actually called Mr. Rock Hudson “Rock.” Furthermore, my partner had just invited this man “over some time,” like that was really in the realm of possibility.

More drinks arrived. This man can drink like a cow, I thought, and not even show it. He was playful, though, and shot a few looks my way that I would have taken quite differently if it weren’t clear I was celebrating my anniversary with the man to my immediate left.

“It’s a great game,” I found myself saying. “You wanna come over and play it with us?” I was a teensy bit smashed, no doubt about it.

I’m sure there was more to it, more of a rationale as to why he felt comfortable crashing our anniversary evening, but I don’t remember. His friend kindly begged off of the event, and it was decided that Charley would take his friend home while I rode with Rock so he had no problem finding our apartment. I still will never believe he parked his classy import on Edgewood Avenue, because it made me nervous parking my car there. Once inside, I found a full bottle of Scotch, poured him a drink, and gave him a tour of our tiny apartment until Charley got back.

I was no fool. What we had here was a prescription for something… unseemly. But I was barreling through these bizarre circumstances and wasn’t weighing the specific possibilities. That’s a lie. I was pursuing it because I suspected what was to come.

He talked about movies. And sex. And people he loved and hated. The juiciest tales began with “I was really drunk one night when” and the meanest had to do with people he thought had treated him badly professionally (“You need Julie Andrews like you need a knife in your back,” said he).

Charley had taken it all in, but knew when enough was enough. He excused himself quite late to go to bed, Rock offered to go, I wouldn’t hear of it, and we continued sitting in the dining room passing the joint.

I knew what was being played out. Questions floated about in the back balcony of my head, just within earshot. What kind of guy was I? Was I going to have sex with this man right here in the living room? What about my anniversary? What about the man I loved asleep in the bedroom? Was Rock Hudson as well hung as everyone said? Some questions got my attention more than others.

Rock made motions for the umpteenth time that it was time to go home, so while he whispered another insincere goodnight, I drunkenly opened the pants of Mr. Rock Hudson. The fact that this was a famous escapade had overruled the anniversary etiquette issues.

Thirty minutes or so later, I stood in my robe outside the bathroom, wondering what Rock Hudson thought about the rust stained bathtub in which he was quickly showering. The sex had been in near dark and without the pretext of romance, with no tender caresses or meaningful glances.

I can remember only one direct look from the man. I stared down upon his face after the exhaustion of labored sex — too much bourbon, too much pot — and my eyes tried adjusting to his face in the dark. And then there it was, staring back at me, with a surprisingly impatient look. Stern and almost elderly.

“Are you done?” he asked blankly.

I would make small talk with him as he toweled dry and dressed, and then me, in a final act of staking my claim, asking for his autograph. Yes, so help me, I asked the damp, drunk and spent star to scribble “All my best, Rock Hudson” on a piece of notebook paper before his hasty exit down the duplex stairs and out to the dingy street below.

I watched the car pull away and walked slowly back to the bedroom, where Charley was sound asleep and snoring. I laid down in the dark and the night replayed in my mind. Was I triumphant? Excited, thrilled, guilty? I had just bedded the ultimate male screen icon of a generation, and I hadn’t the slightest idea how to feel about it.

A few years later, Rock Hudson would become a ghastly figure on the television screen in my living room. My heart raced every time the evening news began and some new tidbit of information about his disease — his sex life, his kiss with Linda Evans on “Dynasty,” his lovers and his drug treatments — were reported with morbid tones and oh-my-God urgency.

I had not yet been tested for HIV. In 1985, what was the point? There were no known effective treatments, the first drug treatment, AZT, was just being introduced and people with AIDS were dropping like flies. It was politically incorrect to get tested because it could lead to discrimination, brand you as terminal and assure you that every pathetic image of a dying AIDS patient applied directly to you.

And that is exactly what the Rock Hudson coverage was doing to me, test or no test. Magazines and Dan Rather news stories were talking to me specifically. ROCK HUDSON HAS AIDS, the headlines screamed, AND MARK KING WILL DIE AS WELL.

“Rock Hudson is now resting in his Los Angeles home beyond a doctors care,” reported Mary Hart on Entertainment Tonight, “and Mark, you’re an idiot if you think you can escape this now. You’re dead as a door nail, buddy. What were you thinking?”

I would stare at the coverage without a word, and nod my head at parties when someone said how tragic it was and excuse myself.

My parents had been told the censored version of the anniversary night story that very next day, and called me in Los Angeles shortly after Rock was reported ill. “Why not go down to the hospital?” my father asked. “You could try to cheer him up, maybe bring Trivial Pursuit!” I explained the man had a million fans and wouldn’t remember me, without mentioning how trivial the pursuit had been.

In October of 1985, Rock Hudson died in his home. News reports tortured me for months to come.