The Book with a Promise: It Gets Better

Previous Next
The Book with a Promise: It Gets Better

There were moments while reading It Gets Better, the new book inspired by the YouTube video project to help bullied youth, when my heart leapt to my throat and hovered there. It happened a few times, quite unexpectedly, usually while in the middle of some essay from an author I’d never heard of. In an instant, I found myself fighting back tears over the pain of someone who was once convinced they would never be happy or accepted in this world. 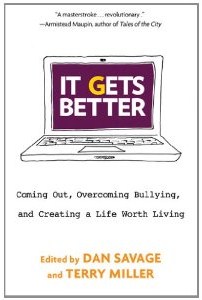 These emotional bombshells are the secret weapon in this collection of essays: moments of aching truth that pierce the sometimes distracting hype associated with the “It Gets Better” project and deliver an emotional wallop.

In case you don’t know (really?), the It Gets Better Project is the brainchild of writer Dan Savage and his partner Terry Miller. In response to a rash of gay teen suicides due to bullying, the couple realized they didn’t “need permission from parents or an invitation from a school” to reach troubled LGBT teens. All they needed was YouTube to talk to them directly, telling kids to hang on, that “it gets better.”

Months before social media helped topple governments across the globe, this simple idea led a revolution of its own. It reached millions of kids and made The Trevor Project, a crisis hotline for LGBT or questioning youth, a household name. As the YouTube channel exploded, celebrities and elected officials joined the chorus of messages from everyday folks.

And now, the book. It Gets Better: Coming Out, Overcoming Bullying, and Creating a Life Worth Living (released on March 22) is “inspired” by the video project, meaning some of the essays are original written pieces while others are edited transcripts directly from videos. It’s an earnest, uneven, truly inspirational collection, with enough of those heart-in-your-throat moments to keep you reading. 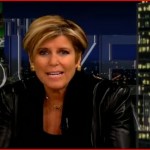 Interestingly, the most famous names in the book have the least impact. Barack Obama, Hillary Clinton, Al Franken, Suze Orman (left), and even Ellen Degeneres are all here, but their pieces feel about as passionate as thumbing through their cue cards. Maybe fame leads to caution.

You’ll have to settle for celebrity twice-removed to tap a wellspring of real emotion. Randy Roberts Potts is the grandson of the late, ultra-homophobic televangelist Oral Roberts, and Randy shares a family secret more salacious than his own homosexuality: his uncle, Ronald David Roberts, was also gay, and he was so despondent after coming out to his famous father that he killed himself with a gunshot to his heart.

Randy’s own story is filled with religious and social trials, but there is victory. “I had to fight hard for it, but it finally happened,” he writes, “the freedom to just be myself.” And then he can’t resist this: “My grandfather was famous for telling people, ‘Something good is going to happen to you!’ And, it’s strange to admit it, but he was right.” 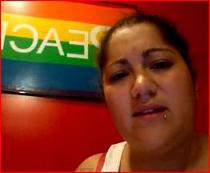 I still have the voice of lesbian Gabrielle Rivera ringing in my ears. Gabrielle appears on page 45 and not a moment too soon, bursting with truth and anger and passion. “It kind of doesn’t get better,” she proclaims. “â€¦but what happens is this: You get stronger. You learn how to love yourself. You learn that other people are just crazy and caught up in their own crap.”

I’ve never been more moved by a dinner menu then I was reading the entry of food blogger Adam Roberts, who shares exactly what he prepared the night his parents came for dinner to meet the parents of his partner, Craig. Adam intersperses his coming out story with details of the night’s short rib and polenta, and the care, the sheer detail and love, with which he prepares the meal touched me deeply. By the time he served the flourless chocolate cake I was a complete mess. 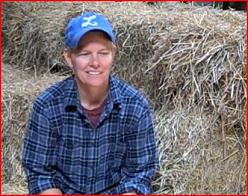 Krissy Mahan from upstate New York (why are so many of my favorites from lesbians?) assures her readers that “not all gay people are urban… I’ve been really happy being a big rural dyke.” She loves country living but says “I’m sure there are some things that are kind of frustrating to you, and you’re probably rockin’ the flannel shirt every now and then, but that is going to be totally hot to somebody someday. It’s gonna get real better.”

And even an actual reformed bully makes an appearance in the book. Joseph Odysseus Mastro is a straight 29-year-old from Oakland, California, and he has a confession to make. During high school, Joseph “was belligerent toward kids I recognized as being in the theater group, screaming ‘Fag! Faggot!’ at them.”

Beyond apologizing to them, Joseph turned to community service. At 19, he began handing out condoms and lube outside gay clubs on behalf of an AIDS agency. “Some of my straight friends would ask ‘why are you helping out the gays?’ which is a reprehensible question in the first place, but I respond thatâ€¦ there are gay men who have HIV, and they’re who I want to help.” Joseph wins the Reformed Bully of the Year Award, hands down.

The real excitement of this book is imagining where it will end up ” a public library in South Dakota, the reading room of a youth center on an Air Force base — and how, because we must, we get this book on the shelves on every junior high and high school in the country.

Last year, my (also gay) brother Dick and I sat down at our Mom’s house and turned on the camera. For the next few minutes we traded stories about growing up gay in the same family ” about 15 years apart ” and even brought out photos from our youth. We teased each other like brothers do, and it was apparent we love one another, because we do.

Our It Gets Better video became a popular entry, and we were honored to be included in this book. There we are on page 300, near the back, in a transcript of our chat that reads like a sassy play with two very gay characters. It is neither the best nor the most moving essay in the book, but it does show an easy love between us, and that alone may be of value to a LGBT youth out there. I couldn’t be more proud.

Like many people who grew up gay and afraid, my soul may have survived those years but I have a few scars left behind. It Gets Better gently strokes these wounds — the toughened and the still-tender ones — so that young people today might take heart and make the journey to adulthood a little more safely.

There’s no denying the power of this project, and what could easily be the most important book of the year.

Word from the organizers of the annual HIV Cruise Retreat is that there are now more registrants for the November cruise to the Caribbean than ever before! I was honored to be the M.C. for the cruise last year, and honestly I had more fun than I could have imagined (nope, I’m not getting paid to participate or to promote this event). Take a look at the web site for video from last year’s event and consider joining us. It’s a largely gay group with straight allies, but without barriers or attitude, just sincere support and a lot of fun.