The Dirty Little Secret of Gay Men and Meth

Previous Next
The Dirty Little Secret of Gay Men and Meth

How addiction to crystal methamphetamine is threatening the gay community’s long struggle to turn a corner on the AIDS epidemic.

I really shouldn’t be trusted. That’s the problem with drug addicts like me. We’ve protected our addiction through a myriad of lies and manipulations for so long that being truly honest again is like learning a foreign language from scratch. So when, at long last, my recovery has convinced me that honesty is the only thing that can save my life, I shouldn’t be surprised that my friends are reluctant to believe me.

Their skepticism is well founded. My drug addiction perverted every value I hold dear, and truthfulness was the first to be abandoned. But becoming a habitual liar was only the beginning. As a gay man I worked tirelessly through the 1980’s directing AIDS agencies and advocating HIV education. Despair was a daily companion, and I witnessed the death of friends in manners too gruesome to be described. When I became HIV positive during those early years, every loss of a friend, every visit to intensive care, was like watching my own morbid future.

But once my addiction to crystal methamphetamine took hold by the late 1990’s, caring for my community or even myself had become unaffordable luxuries. The drug, a common presence on the dance floors I once enjoyed, had tightened its hold on me. I was no longer satisfied with occasional weekend use and pursued meth with a vigor unmatched by my devotion to AIDS causes.

This onetime HIV educator became a selfish addict who engaged in perilous drug deals and even riskier sex. The sad irony escaped me, however, as I continued down my destructive path, even contracting Hepatitis C through needles and enduring chemotherapy to treat it. All the while, my addiction raged on.

My experience isn’t unique and widespread meth abuse has been brewing in other populations for some time. But something about its peculiar grip on gay men feels all too familiar, like a dreadful echo of what we suffered a generation ago. And the implications have me worried.

Most of my peers remember what it was like in the early 1980’s, when friends stopped calling or simply died over the weekend. The nightclubs were cloaked in sadness and had a vaguely sinister vibe. Empty desks at work meant someone was mysteriously sick again. During those years of “gay cancer,” we were too petrified to acknowledge the coming storm. 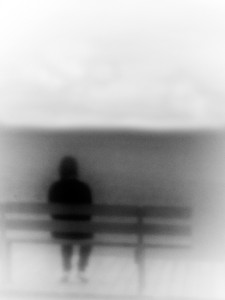 Today those ominous signs have returned, along with the helpless wish that things will improve if only we don’t speak too loudly about it. But rather than AIDS picking off my friends with random cruelty, meth addiction is the culprit. And this time, it is unlikely our community emergency will have ribbons and walk-a-thons or attract research dollars. Society’s sympathy for men dying from drugs is quantitatively less than dying of a sexually transmitted disease. This really is a plague of our own design.

Recovery centers are teeming with gay men battling meth addiction, and the drug has a very tight, culturally specific hold on them. It has surpassed other illegal substances as the drug of choice among gay users. There is something about the drug’s mystique as a sexual liberator that appeals to men who are so often judged by their sexuality. Just as I once did, countless men are abandoning their relationships, their careers and their personal dignity in pursuit of the insidious thrill the drug promises and never delivers.

And meth appears to be mocking my community’s long struggle to turn a corner on the AIDS epidemic. HIV testing sites claim that meth users are five times more likely to test positive for the virus than non-users.

How to combat the growing threat has this activist at a loss. Gay men know we had compelling prevention campaigns for HIV in the early days. They were called funerals. But changing an addict’s behavior is a much more ambitious challenge than changing basic sexual practices.

It was my goal to bring attention to this crisis when I agreed to appear in a recent documentary about gay men and methamphetamine (Todd Ahlberg’s startling “Meth”). In the film, I represent the voice of reason, the recovering addict remarking on what a sad scourge the drug has become. Only after the documentary was produced did I admit to anyone that I had relapsed prior to filming and had stopped using meth only hours before the camera crew arrived. Once again, my actions trumped my ideals.

It has been baffling to find myself literally saying one thing and doing another. The facts don’t lie: I have been working towards recovery for five years and my last relapse was only four months ago. The eight years I spend addicted to meth will leave scars. Thank God for the recovering addicts I have met along the way, who have shown me that long term success is possible if I will just “get honest” and hold myself accountable. My personal survival is the job at hand.

That’s tough for a former community leader to accept. I want to sound the alarm, organize a response, and join the growing chorus of gay men shedding light on our shameful secret. But how can I urge others to practice honesty when it has eluded me again and again? And what did the AIDS crisis teach me, what did the promises to honor the lives of so many dead friends mean, when I rewarded my miraculous survival by sticking needles in my arm?

I better sit this one out. The preciousness of life itself, and my own in particular, is a lesson I should have learned while caring for my friends dying of AIDS. It has taken a battle with an equally cunning adversary for that lesson to finally sink in.