The Politics and Pitfalls of HIV Community Language

Previous Next
The Politics and Pitfalls of HIV Community Language 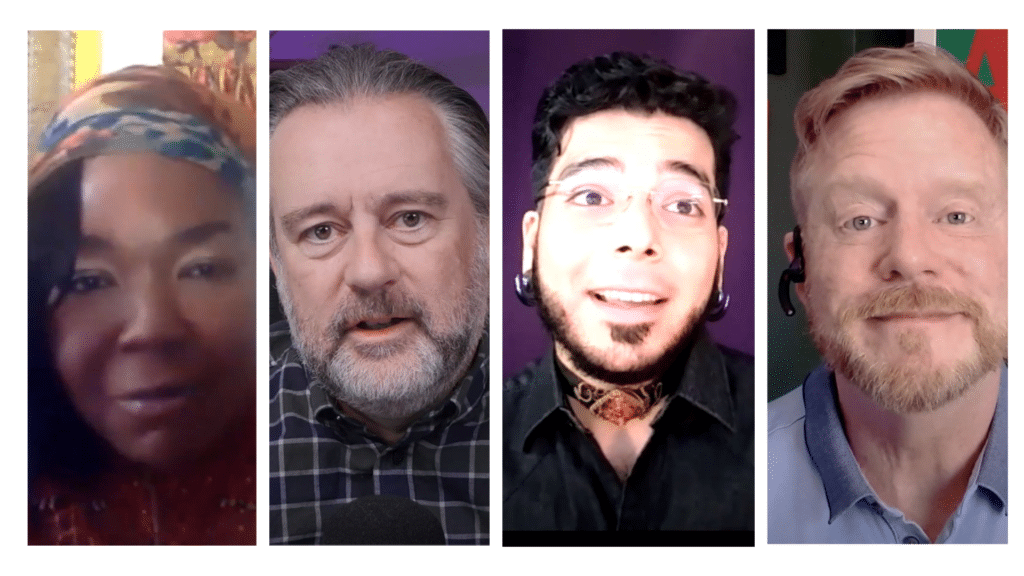 Two broadcasts this week took a look at the words we use as people living with HIV – and the words others use to describe us. Those words can be hurtful or weaponized, even among ourselves.

As a participant in both conversations, the question boils down to, “how willing are we to update our vocabularies to make the world a little safer for other people?”

It might be as simple as naming your pronouns, which was one of the topics of a webinar hosted by the HIV Caucus this week. The conversation went deep into social and racial justice language and how we can all adapt (to what is being asked of us) and adopt (new language that reflects it).

Facilitator Kamaria Laffrey and my co-panelists Kiara St James and Jose Romero brought a fierce, loving social justice approach to the conversation. I identified myself as “your basic fragile cis white male who is trying to do better,” which is true, but truthfully, when you work to find humility and understand what it means to be anti-racist, it’s okay to share what got you to where you are. There might be some other fragile white guy out there who is teachable and needs to hear that.

The panelists taught me and even challenged me. Around the one-hour mark in the webinar, Jose Romero asked a question of me, his sly grin beaming. “I would be curious, Mark, if you would like to share around your choice of the word, ‘fabulous?’”

Never has the name of my blog and its meaning suddenly felt as troublesome. I explained that “fabulous” reflects my gay white language and also my rejection of all the negative language thrust upon those of us living with HIV.

Fair enough. But in that moment, as I shared space with these advocates in front of this audience, it occurred to me how terribly far out of reach “fabulous” is for so many people. When you have structural barriers that make your life with HIV difficult and dangerous, there could be an enormous gulf between you and this silly, gay male word.

I don’t mind my blog name, My Fabulous Disease, being seen as provocative or even flip. That’s me. But clueless? Ouch. I’ve been mulling that one over all week long.

Ben Plumley’s podcast, “A Shot in the Arm,” has been bringing advocates together for some time, drawn as they are to Ben’s intelligence, his global lens when it comes to HIV, and his urbane sense of humor.

I was thrilled to join Ben for another kind of conversation on language: how stigma and discrimination continue to be drivers of pandemics, HIV and otherwise.

Ben might be excused for referring to me as “the Queen Mother of the U.S. AIDS response,” because, well, fans can get overly excited. There are also a number of queens, and mothers, in this country who would deservedly snatch that title from my grubby little hands.

Still, Ben and I enjoyed some lively conversation about the exact kind of racial and language justice covered in the Caucus webinar. (God, is it too much to hope that these conversation are happening in many places right now?)

About 15 minutes in, Ben brought up the great work of Ace Robinson, an HIV advocate who has “said the quiet parts out loud” when it comes to racism within our HIV community and within organizations. It was a great opportunity to speak about how ironic it is that, 40 years into the HIV epidemic, gay white men are holding so tightly onto positions of leadership they once had to fight for themselves, when Black activists are begging for those seats and richly deserve them.

In both conversations, I mentioned the constant tension I feel as a writer of this blog, between writing “about” racism and my own growth, and shutting my mouth so that others can be heard.

For now, I’ll keep bringing you conversations like these, and lifting up the work of people making a difference. That, along with some continual, honest reflection, is my best, for today.