Watch the Inspiring and Hilarious ‘Birthday Bash’ for HIV/AIDS Survivors 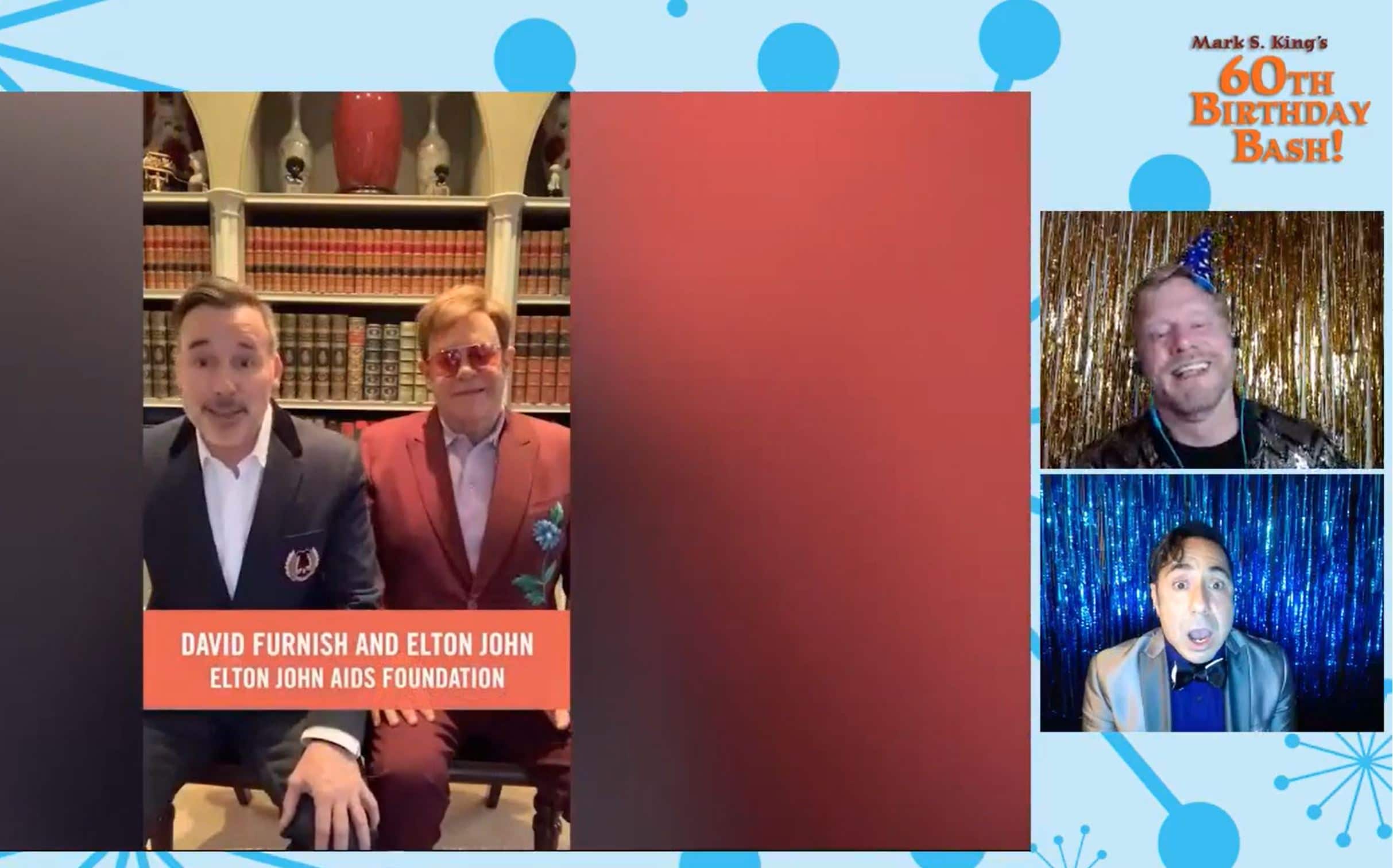 The reviews (and donations) are in, and “Mark S. King’s 60th Birthday Bash” was one for the ages. Or the aged, if you enjoyed the many jokes at my expense about hitting the Big 6-0.

Best of all, the event raised $20,616.00 (so far) for its beneficiary, The Reunion Project, a national network of long-term HIV/AIDS survivors.

The entire one-hour show is below.

If you are living with HIV, please consider seeking the support and sense of community a network of other people living with HIV can provide. The Reunion Project is the latest example of these networks, which include groups like The Sero Project, The Positive Women’s Network, Positively Trans, Let’s Kick ASS, Thrive SS, and so many others. Support, inspiration, and friendship are waiting for you.

Sir Elton John sang Happy Birthday, to all of us, last night. How the hell do I top this when I turn 70?

Be well, my friends.