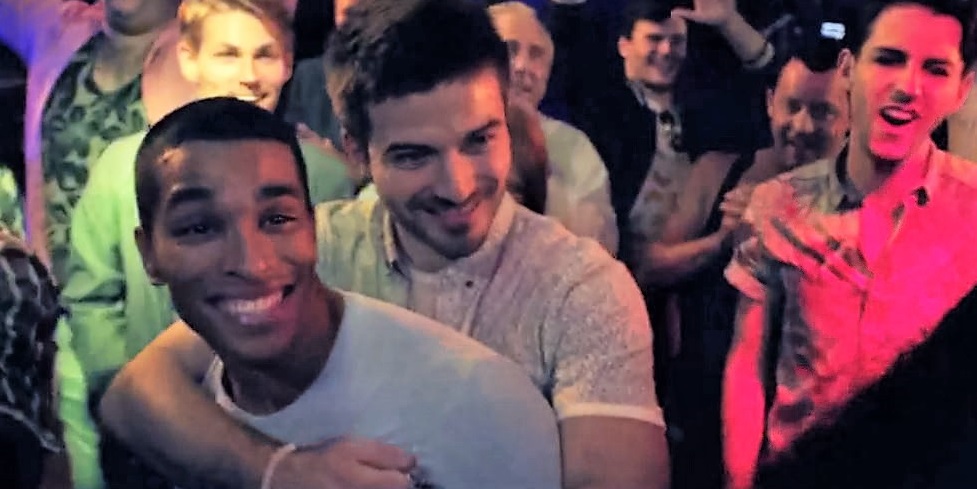 The dance club depicted in the CDC music video for “Collect My Love” (full video below). Condoms, PrEP, and being HIV positive and undetectable all get screen time.

The Centers for Disease Control and Prevention (CDC) has produced a music video that joyfully educates gay men about HIV prevention options. And it is foot-stomping fabulous.

The song, “Collect My Love,” was released by The Knocks and it features vocals by Alex Newell, the young gender-bending singer who rose to fame by stealing season three of the television series, Glee (his rendition of “Boogie Shoes” on that show is a one-way ticket to my happy place).

In the CDC music video released today, Newell performs the song in a crowded, gay-friendly dance club. The atmosphere is ebullient and cruisy, with gay men making connections left and right. That’s where HIV prevention comes in.

Gay couples meeting at the club are shown later, as their relationships develop. There is a condom negotiation, a man shown taking PrEP, and even a character who discloses he is HIV positive and undetectable. The CDC has filled the video with every prevention method available, and they do it in a sex-positive, non-judgmental atmosphere. The video was created as part of the “Start Talking. Stop HIV.” campaign that reaches out to men who have sex with men (MSM), particularly African-American and Latino gay men.

In an exclusive interview with Alberto Santana of the CDC’s Division of HIV/AIDS Prevention and Manny Rodriguez, part of the creative team at agency FHI360, both men made clear that solid research was their guide.

“This is an authentic campaign,” said Rodriguez, “with gay men involved in both the campaign staff and creative team. Our goal was to marry CDC research with something that is accessible and enjoyable to watch.”

“We know that having conversations about HIV can increase good health outcomes and strengthen relationships,” said Santana. “We also wanted to playfully connect to pop culture. We are putting out important information, and doing it outside the normal means.”

The CDC is exceedingly careful to provide scientifically accurate messages, but has certainly never delivered these messages in such an innovative and entertaining way. The video incorporates both PrEP and the fact people with HIV can become undetectable — two important and often misunderstood issues being heavily discussed among the gay community right this minute. 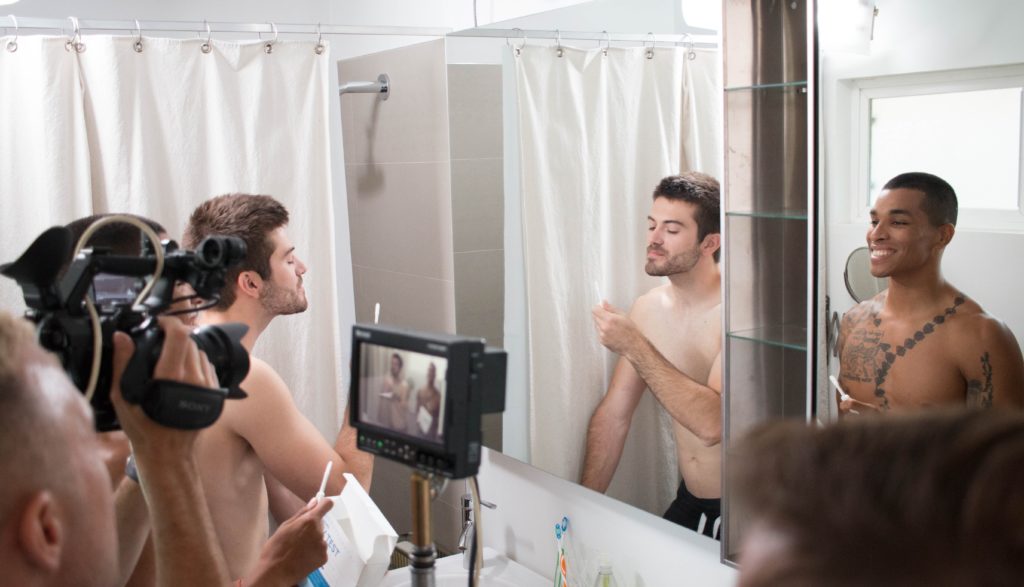 In this behind-the-scenes shot, the crew films actors playing a new couple from the nightclub who take a home HIV test together.

The men featured in the video are youthful and attractive, but blessedly, they look like young men you might actually meet in a club, not unattainable icons from the pages of Men’s Fitness. In fact, there’s a plus-sized bear seen tearing up the dance floor who walks away with the video during his few seconds on camera. In my mind’s eye, that jubilant, self-possessed man is not going home alone.

Sure, the world conjured in the CDC video may not reflect all interactions among gay men as we know them to be. Stigma and judgment still exist and are practiced nightly in clubs throughout the country. But I wholeheartedly support this alternative, aspirational world, where gay men live joyfully and play responsibly. That’s the world I want to live in.

The video will be shared on social media and through CDC’s community partners. But why wait? Check it out, and share it with your networks. Discuss it. Start a conversation about the ways we can protect ourselves and our community.

And put on your dancing shoes.