My Attitude Adjustment About Sex, Gonorrhea, and Advocacy

Previous Next
My Attitude Adjustment About Sex, Gonorrhea, and Advocacy 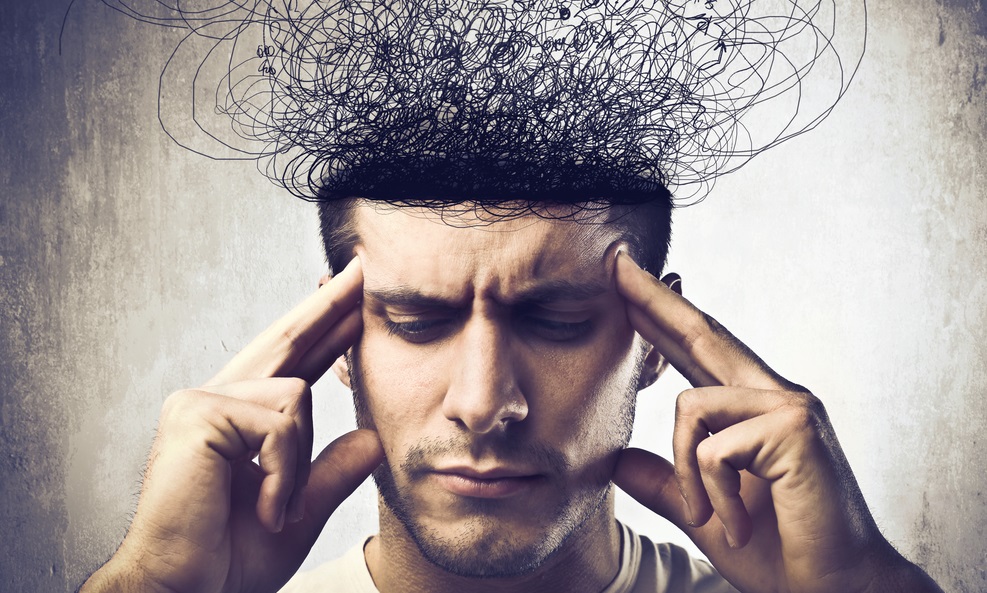 Amidst the happy haze of good news about the efficacy of PrEP in preventing new HIV infections and the growing consensus that people living with HIV who are undetectable are not infectious, there is troubling news from the CDC in two new reports about the golden oldies of sexually transmitted infections (STI’s): rates of syphilis are on the rise and antibiotics to treat gonorrhea may be nearing the end of their usefulness.

The news underscores a simmering tension between those of us who celebrate the lowered risk of HIV infection – and the diminishing role condoms might play in HIV prevention during this new era of PrEP and being undetectable – and the rise in reported cases of syphilis and gonorrhea. And I don’t mind being the first to call myself out.

In my cheeky post from last year, “My Gonorrhea Nostalgia,” I argued that what was once a simple rite of passage for many gay men – finding yourself at a clinic with the clap – has been judged and scorned so harshly these days that it has “raised the bar” on what we consider to be acceptable gay sexual behavior. From that piece:

When did avoiding every possible STI become the new goal for gay sexual behavior? Syphilis, chlamydia, and gonorrhea are all easily treated and cured. Scary campfire tales of a spreading superbug impervious to all treatment have failed to materialize. The very idea of getting The Clap again just makes me feel nostalgic.

No longer is avoiding HIV the prime objective; we must also now use a condom every time so that we are never exposed to, well, whatever. How many hoops must we jump through in order to fuck in a pleasurable way? We can’t win for losing.

While I stand by the basic tenants of my rant – gay men are held to a higher standard because we are viewed as sexual outlaws – new data runs counter to my assertion that STI’s are “easily treated and cured.”

“If current trends continue, strains of gonorrhea could become resistant to all available antibiotics, putting the 800,000 Americans who contract the sexually transmitted infection (STI) annually at risk of an untreatable case,” writes Ben Ryan for POZ, citing a new CDC report. He goes on to explain that at least one cluster of gonorrhea cases has begun to evade our current treatment arsenal and that’s why the CDC is sounding the alarm about it.

While gonorrhea remains universally treatable, there is evidence of a weakening of current treatments, and there are no other approved medications in the wings. Should untreatable strains begin to circulate, we may soon find ourselves without an effective solution, although a new drug in clinical trials is showing some promise.

Meanwhile, yet another new CDC report, this one charting syphilis cases by State, reinforces data that syphilis cases have spiked 15%. In the State-by-State comparison, a CDC graph shows the largest increases are mostly located – you guessed it – in the South (congrats on your win, North Carolina, although your victory is a hollow one since Georgia, the perennial favorite State for syphilis, is not included for lack of reporting data). The data also indicates an increase in syphilis diagnosis among gay men that has persisted since the year 2000. 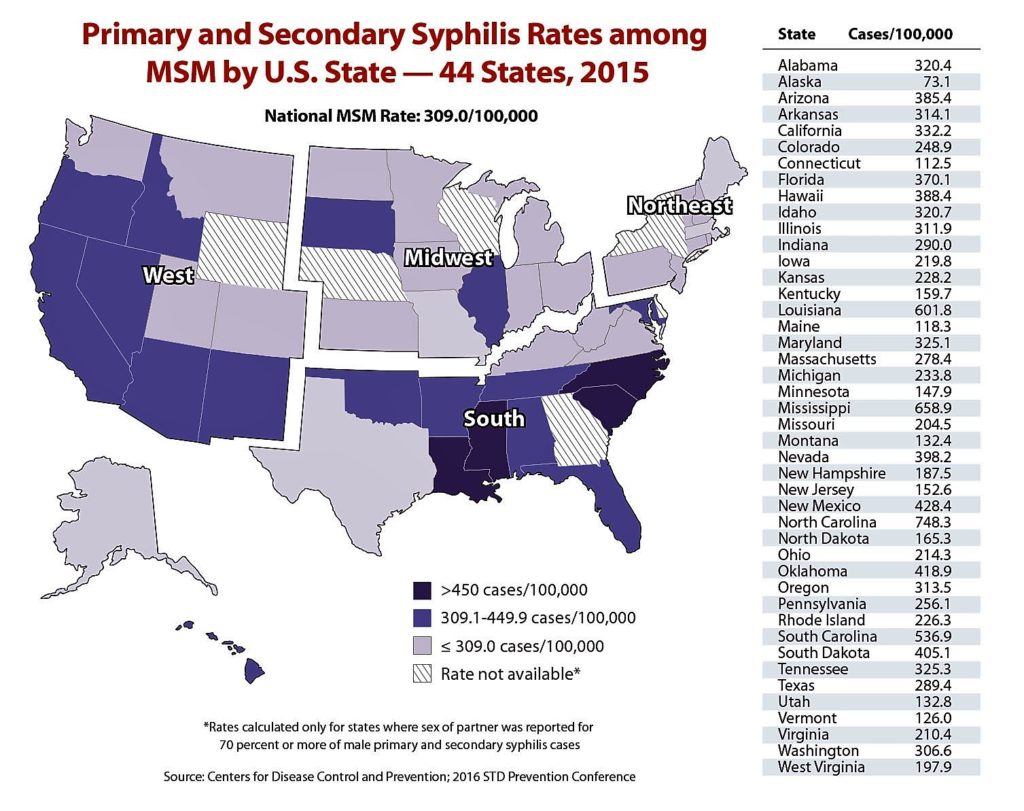 It isn’t clear from the CDC report whether an increase in syphilis screening might account for the increase in reported syphilis cases. But still. “Although we have been treating syphilis effectively with penicillin for decades,” said CDC epidemiologist Cyprian Wejnert, the presenter of the screening data, “the risks of not being treated include visual impairment, damage to the nervous system, and stroke.”

And herein lies the tension. There are two distinct schools of thought on modern gay sexual politics and HIV, and too often they are loathe to overlap.

And then, there are those who have been more cautious, pointing out the risk of STI’s in general and among those using PrEP in particular. This has led to some acrimony. POZ science writer Ben Ryan, who has written quite a lot about PrEP, was blocked from the highly influential “PrEP Facts” Facebook page earlier this year for not adhering to group guidelines. Ryan had previously posted numerous articles that have taken a more circumspect view of PrEP or have reported on the prevalence of STI’s, and his work continues to be posted and discussed in the group.

The new CDC articles on gonorrhea and syphilis do not correlate the increase in STI’s to those using PrEP or to those who may have eschewed condoms because they are HIV undetectable. But that doesn’t mean that people on both sides of a widening chasm between the cautious and the sex-positive won’t try to score points from the CDC report or attempt to dissect its accuracy. Advocates trying to adhere to a singular message can be touchy. Been there, wrote that.

As for me, I’ll switch to the combination platter, thanks. While I will continue to celebrate the breakthroughs that have given us more options to “fuck without fear,” as the notable and quotable PrEP advocate Damon Jacobs likes to say, I’m going to dial back my cavalier posture about the risk of being infected with an STI. In light of mounting data on STI’s, some of my own past writing makes me cringe.

The only constant in the world of HIV is change. I remember when taking an HIV test was politically incorrect, when I took AZT every four hours and, more recently, when I believed a simple case of gonorrhea was worthy of clever mirth. I’ve had an attitude adjustment.

While catching the clap might have once been an amusing rite of passage to me, it can have real and very serious consequences for someone else.