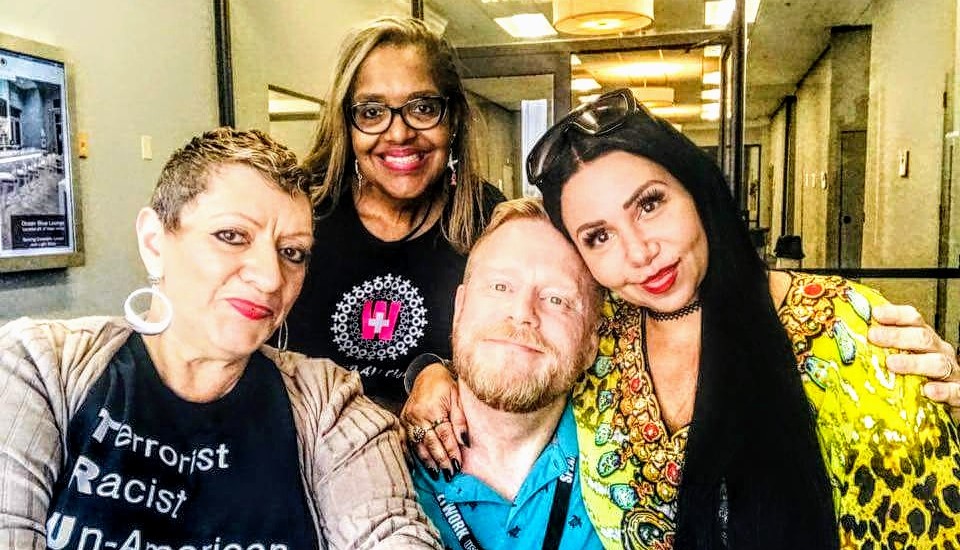 You may have heard me sing the praises of The Positive Women’s Network – USA (PWN) before, but until now I haven’t had the opportunity to show you, up close and personal, why I believe they are the mightiest force of HIV advocacy in the country today. Now you can get a look for yourself.

It was my distinct honor to have been invited by PWN to attend their event, Speak Up! A National Leadership Summit for Women, in Myrtle Beach. SC. The summit brought together 350 women living with HIV from across the country for a weekend of trainings, speakers, and mutual support.

That’s right. I was awash in literally hundreds of empowered women — and maybe six men who were invited to present in a workshop or, in my case, capture the excitement of the weekend through my writing and video coverage (below).

How did it feel to be so outrageously outnumbered? Glorious. Intimidating. Humbling. I treated their space as hallowed ground, and I knew enough to listen respectfully and keep my mouth shut. They don’t need my voice, thank you very much. They got this.

A cavalcade of giants in the HIV arena populated the summit, like Cecilia Chung, the trans activist immortalized in Cleve Jones’ book and miniseries, When We Rise. Or the group’s insanely strategic leader Naina Khanna, or the effortlessly serene Octavia Y. Lewis, a constant presence of calm nobility. And don’t you dare overlook the passionate Tiommi J. Luckett, an unapologetic fighter for the dignity of all trans women. Meanwhile, Tami Haught is leading the HIV criminalization reform movement, Cris Sardina is telling enlightening truths about sex workers, social media mavens Davina Conner and  Maria Mejia are battling HIV stigma, and PWN Chair Barb Cardell can be found anywhere HIV activism lives and breathes. The list goes on, and it includes countless up-and-coming leaders that PWN is grooming to run the world.

Now stop what you’re doing and follow the women above on social media. And then head over to the PWN web site and join their mailing list or become a member.

Women living with HIV are not a monolithic group, although we often make that mistake by reducing their issues to gender alone. The summit made this clear, with intersecting workshops and speakers addressing gender and racial equality, immigration, voter rights, criminalization reform, transphobia, and the importance of self-care.

That’s enough from me. Check out the video above so the women of PWN can speak for themselves.

Thanks for reading, my friends, and please be well.

p.s. Okay, I said I kept my mouth shut at the conference and that’s not exactly true. I might have sung karaoke at the pajama party, wearing my jammies and slippers. It was a Donna Summer song, as if you had to ask. And, um, I might have sashayed down the runway for the pajama contest. It’s only because I feel I should immerse myself as much as possible in the story I am covering. Yeah. That’s why.