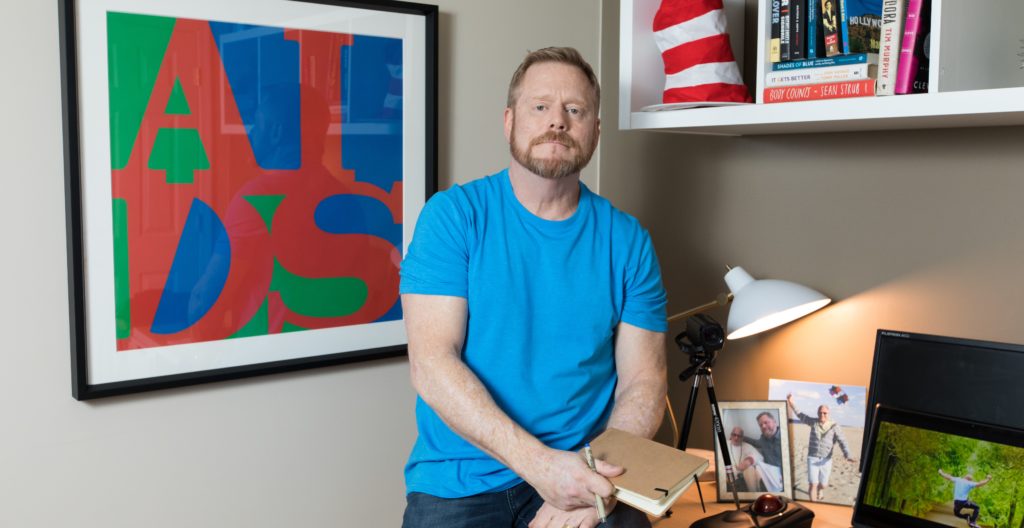 It began with a death and a lingering question. After a friend – an advocate who knew what to do to stay alive – died of an AIDS-related cause a few months ago, I was left wondering why. Together with other deaths in the news of people “unexpectedly” dying the same way, it felt like a tragic trend.

Fortunately, POZ Magazine editor Oriol Gutierrez encouraged my instincts that there might be a larger story here. I wanted to know who the 7,000 people are who die of AIDS-related causes in the USA each year, and why it happens. In the months ahead, I spoke to more people, a lot more, than I have ever interviewed for a story before. People living with HIV, doctors, case managers, care coordinators, and nurses of nearly every kind.

In “The Truth About the 7,000,” as it appears in the April/May issue of POZ Magazine, I got more answers to my simple question “why?” than I ever expected.

The essay has struck a nerve, with massive views and shares on social media. Many people know of someone who slipped away, someone who they never knew might have been struggling with their HIV care or regimen of medications. In posted comments on social media and on the POZ site, people shared the challenges of maintaining a positive attitude, much less their drug regimen, over the long run.

Most significantly, though, has been the comments in which someone has indicated that they, too, are struggling and had not felt safe to admit it. With all the positive news happening in this modern age of HIV treatment and prevention, you can imagine why someone might feel like a failure for not measuring up because they were not undetectable or not maintaining their care. These comments moved me the most, because I saw people step out of the shadows and show their vulnerability.

At the Speak Up! Conference sponsored by The Positive Women’s Network (USA) recently, PWN Board Chair Barb Cardell pulled me aside to say that women were checking in with one another a little more closely, and some were saying things about their lack of self-care that they had not admitted to their friends before. One commenter left me a note online that said that after reading the piece, “I just told a friend something I haven’t talked about.”

In a blog post on the site of AIDS Foundation Chicago, Peter McLoyd shares his thoughts on the essay, and begins to formulate a programmatic response. He writes:

King’s article has not shaken my belief in the possibility of getting us far ahead of this epidemic, but his question struck a chord, and made me wrestle with some difficult questions: Do we talk enough about those who continue to suffer and die? With all that we know today, why are there still 7,000 HIV related deaths each year? Can we focus on reducing the number of new infections in tandem with lowering mortality rates?

Bruce Richman of the Prevention Access Campaign (“U=U”) has offered to devote two full hours of the U=U program track at the 2018 United States Conference on AIDS to the issue of those who are not undetectable, who for a multitude of reasons have not achieved viral suppression, so that we might begin a discussion of creating spaces where people can be candid about their own treatment challenges and look for solutions.

Because the statistic that 7,000 people will die simply waits, year after year, to be satisfied. Because depression and fatigue can undermine the will to live. Because people deserve the truth about life with HIV and the support to face it. Because we don’t want to be shocked all over again and left wondering why.

Are you struggling to maintain your HIV health regimen? Do you know anyone who is – or have you had frank conversations with them to be sure? What kind of programs or changes need to be made so that people who are falling out of care, or have stopped their meds, have a safe space to discuss their situation? What should we as advocates be doing about this?

That’s me. Always with the questions. Thanks for reading, and please be well. And if you are not, my friends, please reach out and talk to someone you trust.