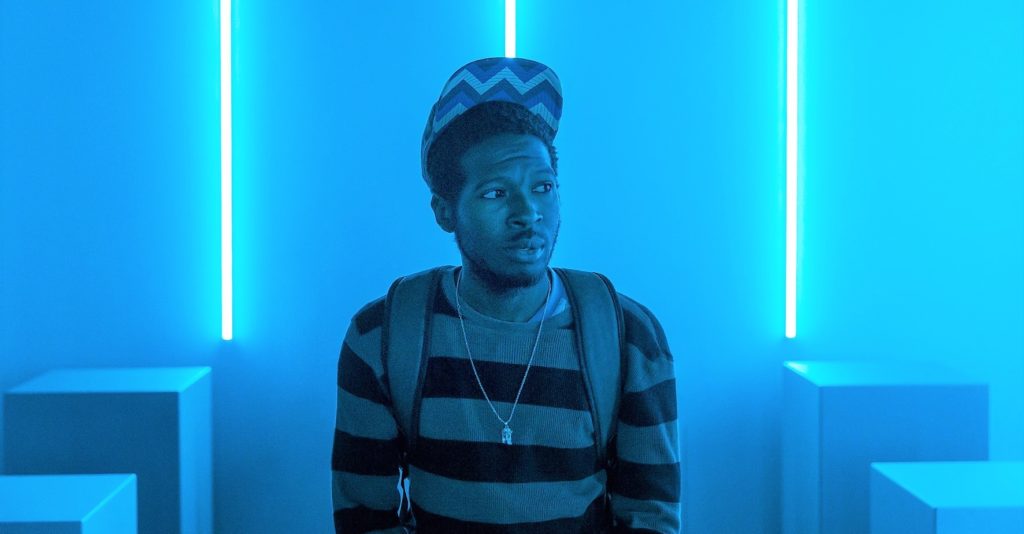 George (PJ Johnnie) gets an HIV test, setting the multi-track action of the play into motion.

As Much as I Can, the theatrical event playing at the historic Harlem Parish in New York City, May 8-24, 2018, isn’t content with merely showing you the lives of gay black men in a city plagued with high rates of HIV infection. Instead, this emotionally searing production takes us quite literally by the hand and leads us to the middle of the nightclub, the church, and even the bedroom of its characters — and then dares us to look away.

We can’t turn from the emotional intimacy. We shouldn’t. We may never come this close again to inhabiting the lives of a community often reduced to statistics and test results. The black gay men of As Much as I Can are living and loving and leaning on each other. Their triumph and their pain are so close you can touch them, and you actually might.

Anyone with the good fortune to see this free production will brush shoulders with its actors and experience it in highly individual ways. Forget the friends who come with you to see this show. They will probably be taken elsewhere in the production space of multiple sets, watching different scenes in the story. You’re going to have quite a conversation on the ride home, and for days to come, about how the story line you witnessed weaves into theirs. 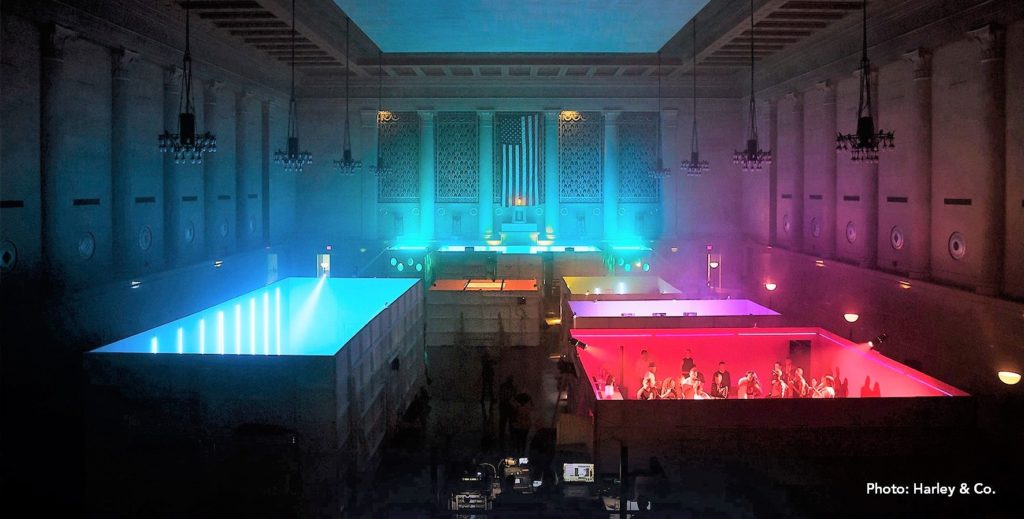 The labyrinth of sets for the production.

Better yet, this is theater as social change and education. Funded by ViiV Healthcare and its ACCELERATE! Initiative and based on social research about black gay men and HIV, particularly in the cities of Baltimore and Jackson, Mississippi (where the show has also been produced), As Much as I Can explores themes of love, family, faith, and self-acceptance through the lens of the epidemic.

You think the HIV test result you will witness up close and personal is emotionally heart-rending? The story is just getting started. How you experience the aftermath of that test will depend on which guided path you take through a labyrinth of settings.

From a theatrical standpoint, As Much as I Can is an insanely clever night of entertainment. As a vehicle for HIV education and empathy, it is urgent, confrontational, and an important opportunity to better understand a population facing the brunt of today’s HIV epidemic.

“This is by far the most important thing I have done in my career,” producer Alexandra Hall said in a walk-through of the space during final rehearsals. “The best way to get people to change their behaviors is to make them uncomfortable. A lot of our audience may never have spent time with gay black men in their daily routine or in their homes.” That audience will likely include healthcare providers, a target of the production’s themes and of their outreach to see the show.

“We want you to see people beyond their labels and invite you into their private lives,” Hall said about the story, written by her sister and production partner, Sarah Hall. “We’re also holding up a mirror to HIV stigma and saying ‘look at yourself.’”

For the actors involved, the experience has been transformative.

“I didn’t know there was an HIV epidemic like this,” admitted actor PJ Johnnie, who plays George, one of the young men getting his test results. “I’ve learned a lot.” Johnnie believes the experience has made him more pro-active in other areas of his life. “I want to be the catalyst,” he says thoughtfully, “not the effect.” Sentiments like that are music to the ears of advocates hoping to lift up marginalized people and reduce HIV risk.

Actor Corey Gibson plays Larry, an older gay man who serves as a mentor to the young lead character. Larry has seen the worst of AIDS in his lifetime, and his sage experience serves as an emotional anchor to the story. “Young people don’t see past the moment,” Gibson said, “and having a cross-generational friend can relieve the anxieties a young person can have. We can be a calming voice.”

Director James Andrew Walsh has the Olympian task of juggling four different dramatic tracks simultaneously, a Rubik’s cube of precision and timing. “This is a fabulous experience,” he contends, with an energy that one assumes has been mightily tested by the complexity of the production. Walsh is also grateful for the initiative of the funders. “A major company came along and said, ‘we’d like to use theater to accomplish a message,’” said Walsh, and that convinced him to take on the project.

ViiV Healthcare has clearly backed up their sponsorship of As Much as I Can with a budget to match the enormity of the undertaking. A visitor to this production might not help but wonder about the use of considerable resources to bring it to life.

Producer Alexandra Hall provides an instructive answer to any such qualms. “What does it mean,” she ponders, “for a young black gay man to be involved in this production, or to come see it, and for them to see how much has been invested in telling their story? Just think what it means to them… can you imagine?” Her enlightening response stops any skepticism in its tracks.

Tickets for As Much as I Can are free, with performances from May 8-24, 2018. Reservations are required and, if there’s any theatrical justice in this world, the entire run will be booked solid.