Calling HIV Negative Gay Men: This is Your Time

Previous Next
Calling HIV Negative Gay Men: This is Your Time

This is directed to HIV negative gay men. Listen carefully. This is your time.

I’ve lived with HIV more than half my life, and people often praise me far more than I deserve, simply for surviving. They use words like brave and courageous.

You know what takes courage? Getting an HIV test every few months. You, waiting nervously while your most personal sexual choices are literally being tested, waiting to find out if you’ve been good ” or if you’re going to pay for a single lapse in judgment by testing positive, when the look on the faces of your friends will say you should have known better.

I have no idea what that must be like. I took the test over 25 years ago. The positive result was traumatic, no doubt about it, and I soldiered on during some awfully frightening times. But I have a significant psychological advantage over my HIV negative friends: I only took that damn test once.

During all these years, I’ve acted irresponsibly at times or taken chances I hadn’t intended. But there has been no further judgment from a blood test. That reckoning was faced long ago.

But you ” whether you have been sexually active for a year or a decade ” have very likely faced some tough choices and behaved wisely. You keep doing the right thing.

This is your time. The word courageous is for you.

If you don’t define yourself, in large part, by the fact you are HIV negative, start now. It is your accomplishment. It says you are taking care. And it says you are eligible to participate in vaccine trials or mentor someone else trying to remain negative. 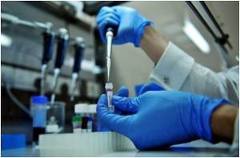 There is ongoing research now that is focused on HIV negative men like you. Exciting new studies are investigating drugs to prevent infection after something risky has occurred, while other studies have shown promise for a drug regimen that might block infection before it happens.

And right now there are vaccine trials waiting for men like you to help find the ultimate weapon against HIV. They need volunteers, badly.

This is your time. This research is about you. This call to action is for you.

I can already hear the rumblings on both sides of the viral divide. People are so quick to take offense, so afraid of being misunderstood, of being labeled or blamed or ostracized.

My fellow positive brothers are so bruised by stigma that it can be hard for them to lift you up. They’ve been rejected by you. They don’t like hearing “maybe we should just be friends” and they don’t like seeing “UB2” in your online profile. They might be positive as a result of one heated mistake, or due to sexual assault, or by trusting (or loving) the wrong person — and they deeply resent feeling judged. 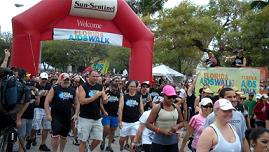 Meanwhile, your sacrifices go unrecognized. You’ve seen some positive friends take early disability, hang out at the gym and get help with the rent. They receive so much support and empathy that it must feel like there isn’t much left for you. Every year we all swarm the streets for the AIDS Walk, and you can’t help but wonder if your parade will ever arrive.

These grievances and resentments give me a headache. It doesn’t matter much to me who is most injured. How infinite is our compassion for one another? I don’t care anymore who gets what. What matters most is who does what.

This is your time. This truce, this call to a higher purpose, is for you.

You are fully human, like everyone else, my friend. You are courageous, afraid, selfish and compassionate. You make difficult choices and you make mistakes. And we need you so very badly.

Thank God for you. This is your time.

(This piece was written as part of the GA Voice commemoration of 30 years of HIV/AIDS. I was honored to contribute to their special issue. — Mark)

If you haven’t caught up with the blog from gay theologian the Rev. Chris Glaser, his thoughtful posting about the rapture, and what it means to be left behind, is a great introduction. Chris has a way of bringing Christian teachings back to their essential meanings (in other words, without the hateful language and intent we have come to expect from fundamentalists). As a child he didn’t want to go to hell, but he was afraid of the rapture because of his fear of heights. And who in their right mind would leave this poor doggie behind?

Sadly, as the lives of thousands of people living with HIV/AIDS hang in the balance, our federal government has funded numerous “pet projects” – including such programs as Jell-O wrestling at the South Pole, testing shrimp’s exercise ability on a treadmill and a laundry-folding robot, all funded by the National Science Foundation. These facts, from the ADAP Advocacy Association’s (aaa+) newest blog posting, paint a dire picture of our national healthcare priorities. The blog also begs the question, “Where is the leadership?” I would urge urge you follow aaa+ and stay tuned for ways in which you can advocate to solve this national disgrace. 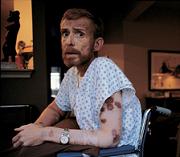 A New York Times article on the scientific history of AIDS does a great job of showing how naive researchers were in the beginning of the epidemic (a 1981 New England Journal of Medicine editorial didn’t even allow for the existence of a new microbe), but, more importantly, it highlights the ways in which AIDS activism and research has rewarded all of mankind with swifter drug approval and better patient advocacy:

“The relative speed with which the therapies were developed owes much to the efforts of cadres of activists who demanded that the Food and Drug Administration loosen the rules for clinical trials and speed its drug approval process. Efforts to develop anti-H.I.V. drugs have paid handsome dividends by leading to development of other drugs to treat other viral infections, like the liver diseases hepatitis B and C and certain types of herpes viruses. Also, AIDS advocacy has spurred leaders of campaigns against breast cancer and other diseases to adopt similar strategies.”

As always, my friends, please be well. And I hope you will “share” this posting with your friends and colleagues. Here’s to a wonderful summer!