My friend Carlton is a chain smoker, even if all his cigarettes are imaginary. 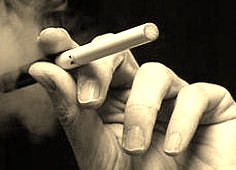 His standard pose consists of one hand resting on his hip — elbow jutting out as if in the midst of a runway strut — while the other arm is forever in motion, his hand swiveling constantly around his face and shoulders.

All that’s missing is the cigarette, which you would swear you witnessed him smoking after having met him. Carlton even punctuates wry remarks by tapping his index fingers soundly on some phantom, extended filter. If his remark is particularly withering or at least gets a laugh, he’ll bring two fingers to his lips and add “puff puff, darlingâ€¦”

Carlton’s age lies somewhere on the distant side of sixty. He was raised after Stonewall but on a far more moneyed block of New York City, where discussion of queers was verboten. Even today, Carlton insists that coming out to his wealthy mother would be quite disastrous and a completely surprising bit of news to her.

“I lived in Dallas, dear, years ago” Carlton is saying during our lunch. We had just switched tables twice, trying to escape the draft that’s been stalking my friend since Reagan was ignoring AIDS. “And let me tell you something darling. The ranch hands one would meet out in the bars had terrible personal hygiene. And I had a few, trust me. Just wretched.” 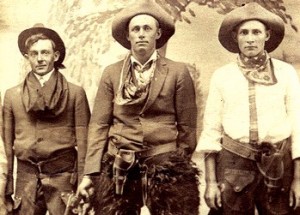 I wasn’t sure what line of questioning to pursue. What might constitute an authentic ranch hand, I wondered, or why one of them might wander into the kind of bars Carlton favored. But I was in no hurry to expose his curious thinking. Multiple opportunities would typically present themselves.

“Oh let me tell you! That Brokeback movie? There was a real lack of cleanliness, didn’t you see that? Those straight boysâ€¦ maybe they were adorable, but my God! I was holding my nose just watching that movie.”

“Carlton, the guys weren’t straight. They were gay and living a lie. That was the whole point of the film.”

“Oh they were straight,” he reiterated, despite all evidence, cinematic and otherwise, to the contrary, “believe you me.”

Carlton insists that his conquests be straight, or at least a reasonable facsimile. A simple claim of heterosexuality will do. As he funds drink orders from male strippers at his local club, slipping bills personalized with his cell number into their posing straps, he is most likely to pause for any utterance that includes the words “my girlfriend,” “kind of hard up,” or “bus station.”

He keeps attachments at a proper distance, which also helps avoid bothersome questions from Mother. Romance, alas, is simply a matter of commerce. 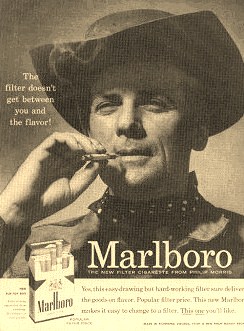 “I had a fabulous date this week,” Carlton is saying. “Square jawed. Handsome. And everything just where it should be, darling. Puff puff!”

“You can’t call them a date if you pay them, Carl.” I liked injecting the proceedings with jolts of sanity, like a random slice of sunlight piercing a forgotten attic.

“Don’t say that! You’re terrible,” he cries, waving me away, his fingers gripping his phantom Benson & Hedges Menthol 100.

“This is reality checking in, Carlton. They’re called prostitutes. Street hustlers, knowing you.”

“Stop!” He protested, and then feigned resignation. “He was straight, believe you me. And I think he really likes me.”

I was tempted to respond, knowing the remark would lead down an entertaining rabbit hole of delusion and denial, but it felt like poking an animal with a stick. I let it pass.

“Carlton,” I scolded, “you should watch yourself.” I was truly concerned for his safety. His friends have all made it clear that he isn’t allowed to live in a building without security cameras and a doorman. We want footage to broadcast on America’s Most Wanted when the time comes.

“Oh please. I know, I knowâ€¦” he relented, in an apparent moment of self realization. “I couldn’t possibly take time for a relationship right now, you are completely correct.” The moment had passed. “Besides, my phone is ringing off the hook this week.” He giggled and sipped his wine. “My dance card is filled, darling.”

“Rent is due, sweetie.” My eyes met a blank stare. “And soâ€¦ your friends are calling for dates.”

He wrinkled his nose, considering whether one fact had anything to do with the other. He was unconvinced.

“Be that as it may,” he said finally, returning to his wine. “But please, darling, don’t try to take away from my funsy-poo.”

“Funsy-poo?” I responded. He smiled sweetly. Whatever bottle of lube rests on Carlton’s nightstand, you can bet it sits on an embroidered doily. From Mother.

Further discussion of his dating risks was a fool’s errand, and that went double for anything related to HIV, about which he spoke in faraway terms, like a Daughter of the Confederacy discussing the recent unpleasantness.

“I’m speaking at an AIDS conference next week,” I said suddenly, to test my own theory. Carlton glanced from his wine glass with a pitiful smile and then wiped it away with his napkin.

“Good for you, my dear. I would do more charity work myself but with my travel scheduleâ€¦” He managed to find something fascinating in the bottom of his wine glass and his voice trailed off. 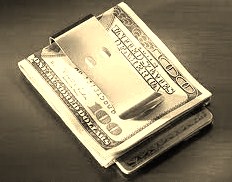 I have made remarks about HIV testing to Carlton but he waves them away, often with a joke about his pitiful sex life, despite what he may say about his dance card. He knows I write a blog about living with HIV but he certainly has never visited it. He is a generous patron of other sites, however. Sites with secure transactions that help him populate date nights with young men who, if you believe them as fervently as Carlton does, are just a little hard up or without a girlfriend or need a bus ticket back home.

We strolled out of the restaurant and I madly craved a cigarette after all that Carlton had seemingly consumed. He lightly brushed me with a kiss and promised to call in a few days if he could possibly find the time. He slowly sauntered away, taking in window displays and the busboy at a sidewalk eatery with equal interest. He was without care.

Never have I known anyone who so charmingly operates only within acceptable truths. For Carlton, self preservation long ago vanquished self discovery.

It’s a delicate balance, believe you me.

I wondered, while writing this, if people like Carlton are specific to Ft Lauderdale — all that gay retired money crossing paths with desperate youths (or sly hustlers) and runaways and other unfortunates. When do our fantasies — romantic, sexual and otherwise — trump our better judgment, our need for safety, or even reality? I look forward to your responses, and please try my new “share” feature below. — Mark