Examining death, including the one I caused.

Previous Next
Examining death, including the one I caused. 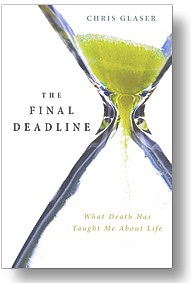 That’s especially true if the next guy is Chris Glaser. In The Final Deadline: What Death Has Taught Me About Life, his moving and thought provoking new book, the gay theologian and philosopher shows both awe for his topic and a likable willingness to accept uncertainty.

Throughout, my active imagination kept indicating something miraculous or supernatural might occur, and sharing Glaser’s interest in all things, well, dead, I hoped for them. Would Glaser witness spirits leaving the recently departed? Would he sense something at his friend’s fatal crime scene? When Glaser receives the typewriter of a murdered friend who studied paranormal activity, and then leaves a blank piece of paper in the carriage, I held my breath for paragraphs, waiting for the instrument to clack out the name of the murderer or at least a howdy-do. 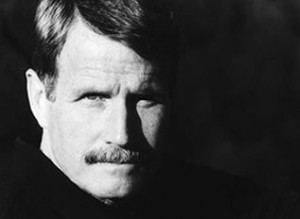 The Final Deadline is really a memoir of sorts, and Glaser’s engaging honesty about his own lifelong fascination with death make him an endearing guide through sometimes morbid terrain. “Watch boxes that snapped shut were ideal coffins,” he confides about his childhood burials of departed goldfish and parakeets. He enjoyed the solemn ritual of “preparing its final resting place, covering it with earth and prayer and flowers.”

His final chapter, “Death Made Personal,” delivers just that, as he recounts the deaths of his parents, and then the death of what he had believed his “lifelong” relationship, to a partner who was his “never-ending romantic movie,” who leaves him as a result of the HIV positive partner’s renewed health in the wake of improved therapies ” and a wanderlust for what his extended life expectancy might hold.

Glaser is dumbstruck by the abandonment, after having moved across the country to follow his partner’s career, and proving his love despite their difference in HIV status. He writes that he knew “my partner might die, not the relationship. When we bought the house, I calculated how difficult it might become for him to navigate the staircase…” 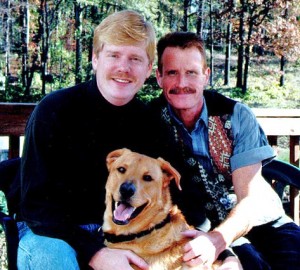 The gay dating pool is frightening enough, but to know I thrust a good man into it, bruised and hurting and without a credible reason why, is a tough chapter to face, my friends. And yet Chris tries his best to protect me from my own history. In a book filled with intimates, living and dead, I alone go unnamed.

I was a blossoming addict who wanted out: of the marriage, of the perceived limits (of what I couldn’t tell you), of anything that kept me from the siren call of the gym and the dance floor and the circuit parties and the drugs, oh my the drugs, that promised fantastical things around the corner but that somehow never arrived.