Five Takeaways from the 2022 U.S. Conference on HIV/AIDS (USCHA)

Previous Next
Five Takeaways from the 2022 U.S. Conference on HIV/AIDS (USCHA) 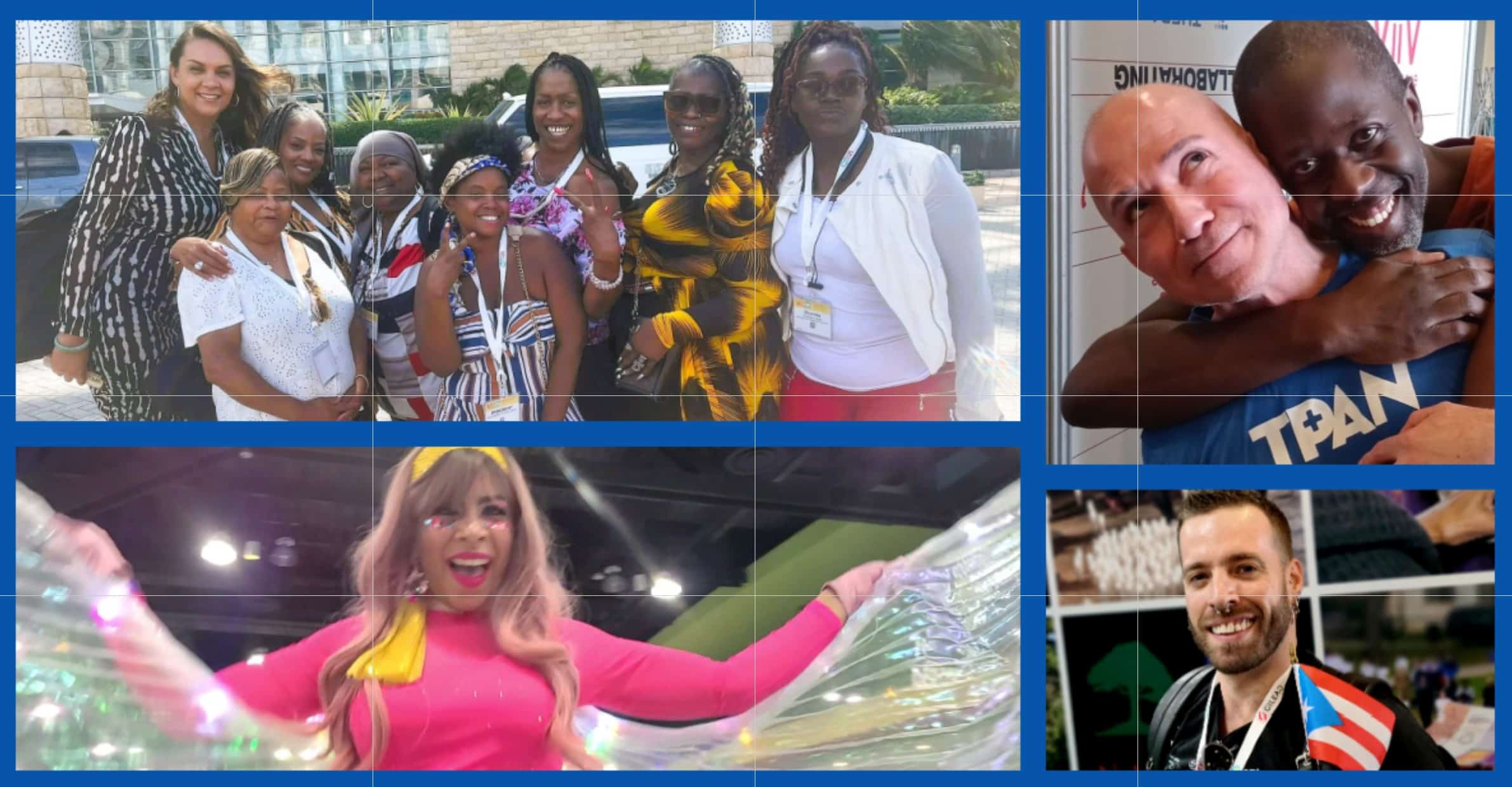 Some of the ferocious women of USCHA; Rick Guasco hugs it out with Ace Robinson; Tik Tok personality Brian Thomas; a Puerto Rican performer.

After scrapping the in-person USCHA conference for two years due to COVID, and efforts to locate the event in San Juan, Puerto Rico being threatened by two hurricanes – including Ian only weeks ago – it would seem the industrious folks at NMAC (which produces USCHA) made the conference happen this year through sheer force of will.

I was initially skeptical, largely because my own AirBnB host in San Juan canceled on me after Ian due to “electrical and water problems,” and images on the news weren’t exactly straight out of a tourism video. But after reassuring emails to attendees from NMAC’s Paul Kawata explaining how important it was to support Puerto Rico with our presence and our dollars (and NMAC finding me new accommodations), I was sold.

Thank goodness. It was the right call.

There’s so much to share about USCHA, but let’s break it down. Here are my five takeaways from USCHA 2022.

San Juan was the Star of the Show 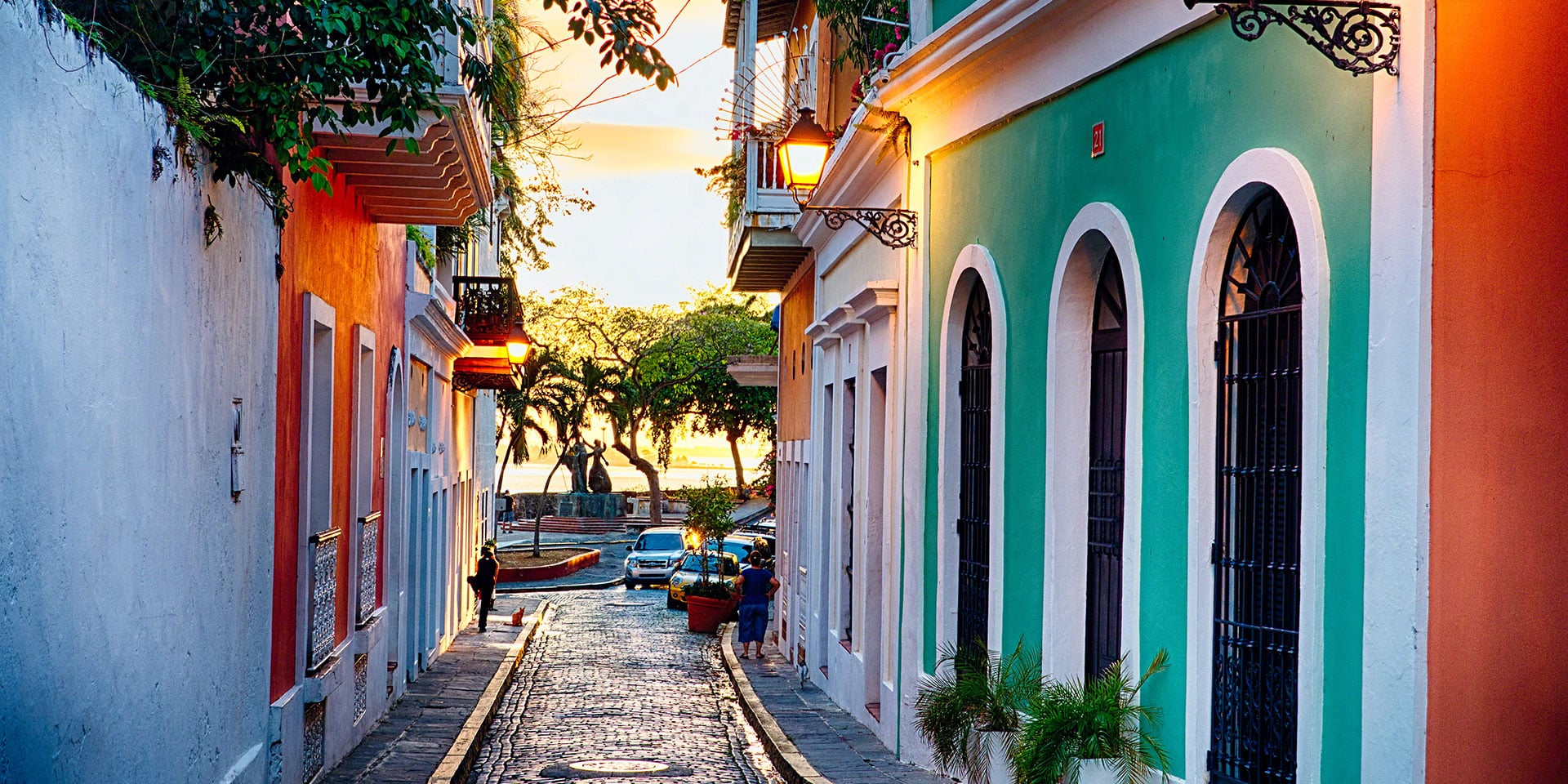 It was gorgeous, people. I scoured the countryside as my plane was landing and saw no evidence of the destruction so evident on the news channels during Hurricane Ian. True, these weather catastrophes follow the path of least resistance, meaning, the poorer and less developed areas of Puerto Rico, hidden from the view of tourists, were hardest hit.

But in spite of the recent battering, or perhaps because of it, USCHA attendees fell in love with the city and its charms. Many people ditched the evening invite-only Big Pharma fetes and ventured into Old San Juan for authentic cuisine and the balmy comforts of the island. Many others stayed beyond the USCHA event to enjoy days at the beach. I will be back.

There were folks who took exception to USCHA moving forward. True, those who did attend were self-selected, but there wasn’t a negative word from a single person at USCHA about being there. Quite the contrary,

Reunited and It Felt So Good 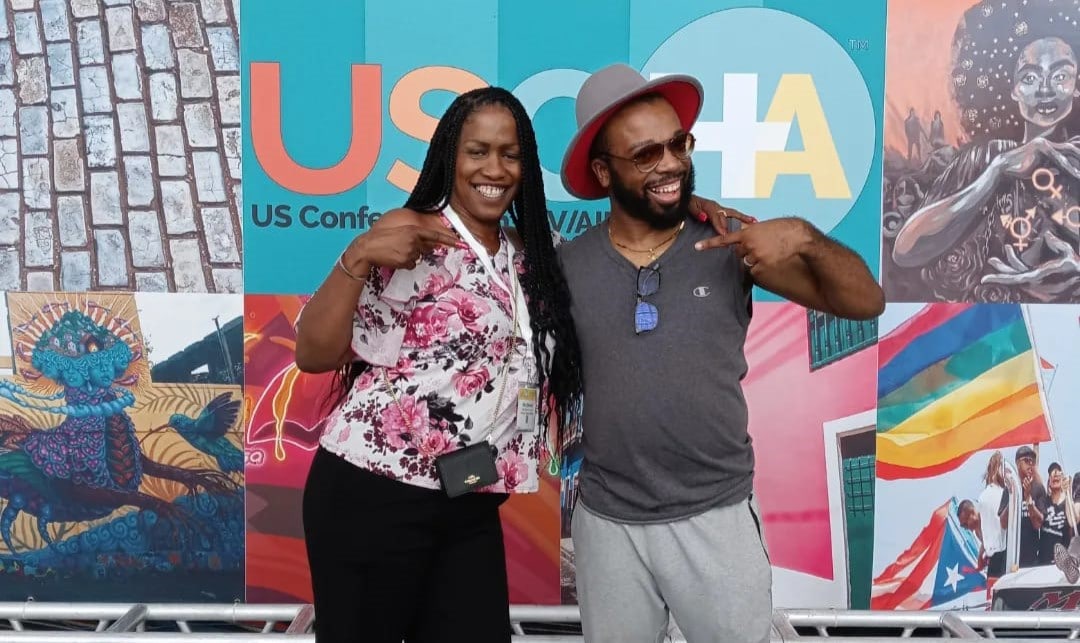 We all knew how badly we needed this. After three years of zoom calls and canceled events and boosters and illness and losses, we are more acutely aware of the power of touch. A hug. A smile, live and in person.

Everywhere on the conference grounds, I witnessed people rushing up to one another like veterans reunited with their families at an airport. I watched a man climb from one side of an escalator to the other just to hug the neck of a colleague. These embraces were lingering and tightly held.

We know the value of these conferences, and they are typically about the connections you develop or enforce in the lobby and in the hallways. This has never been more true than at USCHA 2022. It was worth the trip.

It is Time to Give the Plenaries an Overhaul 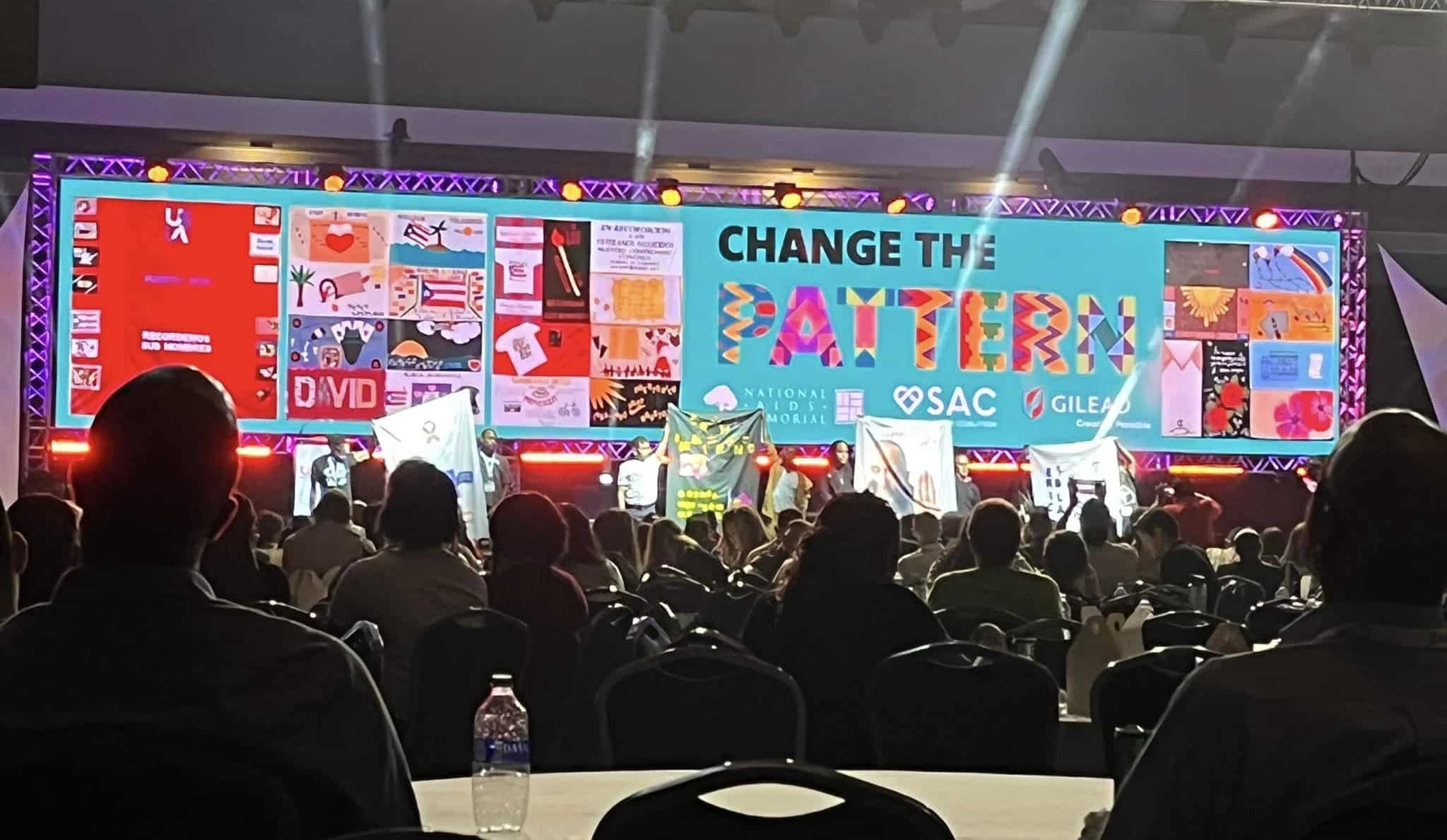 Please. Help. If I have so sit through another two hours of slick pharma videos of empowered patients delivering Gilead/ViiV/Janssen key messages (all thanks to their gobbling up HIV meds, we are led to assume) or tightly scripted presenters saying nothing we haven’t heard before or music blaring so loudly we can’t hear the introduction of the person sitting next to us, I’ll personally take the adorable Paul Kawata hostage and make him watch Tom Hanks not make out with Antonio Banderas in the awful movie Philadelphia until someone swears to overhaul the USCHA plenaries.

There must be a better way. Yes, Big Pharma makes USCHA possible. But the plenary events they sponsor lurch from one generic speaker to another, reducing dynamic advocates like Guillermo Chacon of the Latino Commission on AIDS to less interesting virtual replicas. Ditch the script and give this man, and so many others who were saddled with remarks seemingly written by committee, the chance to be their authentic, powerful selves. The passion and spontaneity has been drained from them.

The most enlightening aspect of the plenaries was the music of Puerto Rico and the locals speaking so emotionally about its importance to their culture and sense of belonging. But there is something wrong when your educational content is less informative than dancers on stilts.

I’ll hold my fire on the AIDS101 level of information delivered at the plenaries (a history of HIV? really?) because there were many attendees at their first USCHA and education is an ongoing process. But I sure did pine for more sophistication in the presentations. A blend would be nice.

Here are some humble, simple fixes. Dial down the music as attendees gather in the ballroom so we have a chance to speak to one another without shouting. Can we wrestle away a few minutes of programming from Big Pharma and have someone pose interesting questions to attendees and then let us discuss them at our tables? Or, how fascinating it could have been, as one attendee suggested to a colleague, for each table to have had a person from Puerto Rico working in the field or living with HIV and given some time to talk about their experience and have a conversation.

Maybe the plenaries suffered from a lack of protests this year, which typically bring a grassroots urgency to the proceedings. Better minds than mine at NMAC can tackle the problem of these unwieldy, jumbotron assaults on the senses. Please do. 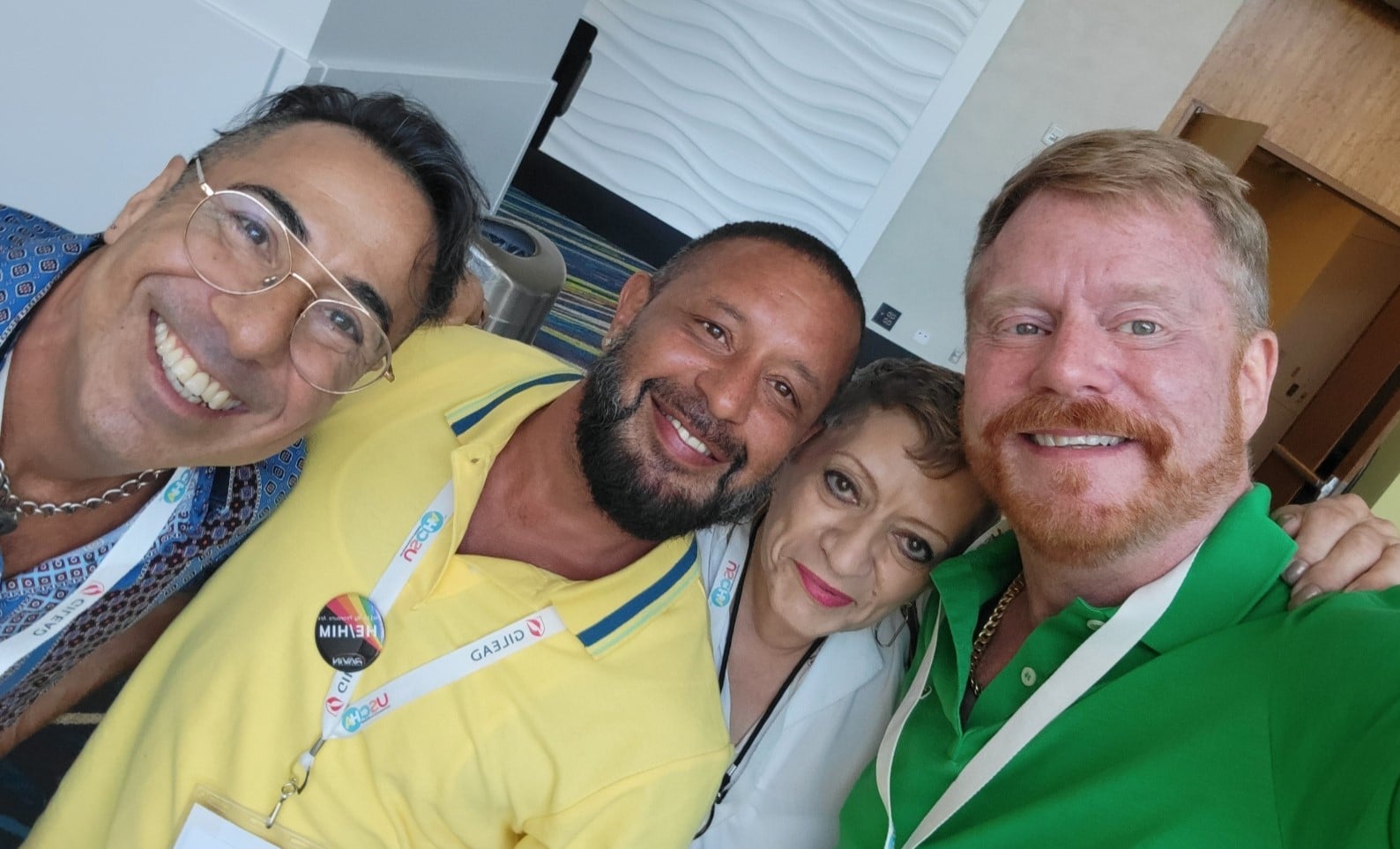 Tik Tok personality Brian Thomas, a white gay nurse living with HIV, looked forlorn when he emerged from a workshop on the experiences on Black transmasculine people in the HIV arena. “I was one of two people there who wasn’t Black or trans,” he said. “How can we learn from each other, especially when we are given this perfect opportunity, if we limit ourselves to workshops that reflect our identity and we don’t go to a workshop like that one?”

Brian perfectly stated both a problem and a solution. We naturally gravitate towards workshops that cater to our own experience, and often learn very little in the process. Peeking into workshops during USCHA, I saw examples of Brian’s point. Long-term survivors attending workshops by other long-term survivors, Black-led workshops with nearly all Black attendees, that kind of thing. We have got to get better at mixing it up.

Maybe we don’t know if we are welcome in that space, or if that workshop is meant as a safe haven for the constituency it is talking about. Perhaps workshops descriptions could more explicitly invite populations outside its topic demographic so they know they’re welcome to come and learn about people unlike themselves.

The silo mentality extended to the lounges that have multiplied in recent years. Lounges for HIV positive people, for younger people, for trans people, for older people, for long-term survivors. I know there is value in creating a safe space for your folks. I also can’t help but wonder how much more stimulating it would be to have a warm, welcoming lounge for all of us to trade stories and learn from each other. It feels like a missed opportunity.

The Future is Female. And Black. 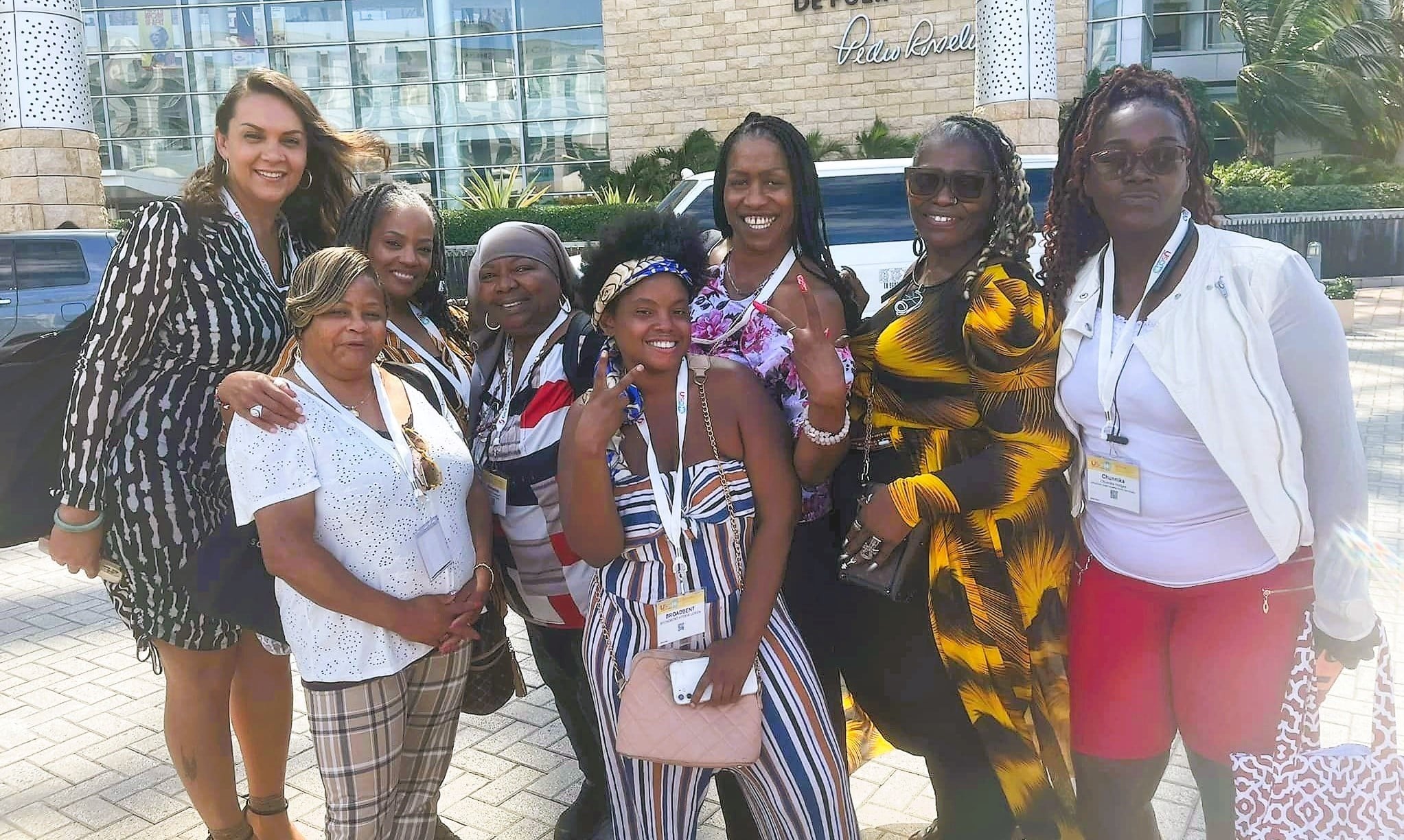 Some of the ferocious women of USCHA.

My very unscientific observation is that half of the USCHA attendees were Black women. Or it felt that way. And thank God for that.

Black and trans women aren’t merely a key demographic among people living with HIV. They are activists and public health workers. They are organizational leaders and workshop presenters. And they, as they always have been, are fucking ferocious. Oh. And they give the best hugs.

The exception to the high visibility of Black women at USCHA? Pharma reps. The pharma booths in the exhibit hall were populated by white women and white gay men. As many community-based people have migrated to opportunities as community liaisons with Big Pharma over the years – and I don’t fault them for it, Big Pharma needs the lessons we bring – Black women are woefully underrepresented. It is jarring, honestly.

Gosh, I never got to mention the long-term survivor workshop from The Reunion Project that got a standing ovation, or the fact both U=U and PrEP have now become institutional strategies after initial pushback on both, or… too much more.

USCHA, and NMAC, burnished their reputation this year by marching into a community that desperately needed the financial and emotional support the conference brought with it. People like me, who have attended this conference since waaay back in the day, look forward to the community building and cheerleading that USCHA brings, where ever it goes (see you in Washington, DC next year).

Yeah, I shared some feedback here, including what multiple attendees praised or groused to me privately. But make no mistake about it: I’ll be back as long as I am involved in HIV. It’s just too important and too inspirational, for reasons planned and unplanned.

I just can’t quit you, USCHA. I would never.