Previous Next
HIV Positive Criminals: Have Sex, Go to Jail

This may be the defining HIV issue of our time, and it is a true test of our compassion and understanding of both HIV stigma and the law. Please read this closely. 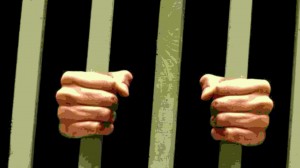 Around the country, and without leadership or guidelines from the Federal government, individual states have taken it upon themselves to draft laws that “protect” people from those of us with HIV. Whether using bio-terrorism statutes (!) or simple “assault with a deadly weapon,” people with HIV who do not disclose their status to their sexual partners are risking arrest and prosecution.

You’re already having a visceral response to this scenario, aren’t you? You may have the vague feeling that anyone who doesn’t disclose their HIV+ status to a partner probably deserves to be punished. Don’t worry, you’re not alone. Not only do most people support laws forbidding sex without disclosing an HIV+ status, but even a majority of gay men support such laws, and it is understandable, albeit a misinformed view, as to why.

Many of us know someone who was infected by a partner who didn’t disclose their status, or even lied about it. I have friends who dated someone claiming to be negative, until they found a telltale prescription drug bottle and then discovered they had been infected. Worse yet are the news reports showing some big, scary black man who has been raping white women and infecting them with HIV. How could anyone argue against bringing these liars and malicious infectors to justice?

But the sad fact is, most prosecutions under these laws are not being imposed against those who are deliberately malicious or even criminally negligent. They are being imposed using not science, but the same ignorance, stigma, homophobia and racism that has plagued HIV/AIDS throughout the years. And well intentioned people like you and me are buying into it.

In Texas, a man is serving more than twenty years for spitting on a cop, despite the impossibility of transmitting HIV. And in the vast majority of cases against people having sex without disclosing, no transmission even occurred. In fact, whether or not there was any real risk of transmission is of little concern to prosecutors. People on medication with no viral load, for whom transmission is a remote possibility if at all, are being sentenced to jail time for not disclosing — even if they used a condom and did not transmit a thing. And the sentences are outrageous: decades of jail time in many cases.

Consider the black woman for whom disclosing her HIV status is more than a mere embarrassment; it could mean the collapse of her support network, the loss of a job or even physical danger. She is a compliant patient with no viral load, and insists her sex partner uses a condom. He somehow learns of her HIV status, calls the cops, and she is prosecuted and imprisoned. These are not fantasy scenarios, they are happening with increasing speed around the country.

The effect of these laws on public health is sobering. If those who know their status risk prosecution for not disclosing, and those who don’t get tested at all can have sex without legal consequences, how does that draw people into HIV testing? As activist Sean Strub says, “Take the test and risk arrest.”

The laws in some states are written so strictly that it is a legal risk for any HIV positive person to have sex at all. All the prosecutors need is to know you are HIV positive and you had sex with your accuser. If the accuser claims you didn’t disclose, you’re in for an uphill battle convincing a judge otherwise. You’re saddled with the distasteful nature of any positive person actually having sex, and if it was gay sex, well, God help you.

Activist Sean Strub has taken this issue up as a personal crusade. I first met Sean two years ago when I produced a video blog with him discussing the issue of HIV criminalization. He took it to the United Nations AIDS Committee last month, and brought along two heartbreaking stories in the testimony of Robert Suttle and Nick Rhoades.

Please take three minutes to watch the testimony of Robert, who was jailed for six months and will be labeled a sex offender for years — it is emblazoned on his driver’s license in red block letters.

And then watch Nick describe how he had protected sex with a partner, and an undetectable viral load, and by not disclosing his status he found himself in solitary confinement for months.

Sean’s own testimony about people with HIV being viewed as “vectors of disease,” with less rights but more responsibility to disclose, and you may view this issue quite differently than you do now.

Sean has also produced a trailer for a film he is producing, “HIV is Not a Crime,” and I urge you to watch it.

Is your record of disclosing your status perfect? Mine isn’t. I have been a compliant patient for many years and have an undetectable viral load. There has been instances in which disclosure felt unsafe, or I was in environments such as public sex clubs in which no one is asking or telling.

I don’t believe I deserve to go to jail for those indiscretions. Do you?