I Can’t Take Down My Holiday Decorations Fast Enough 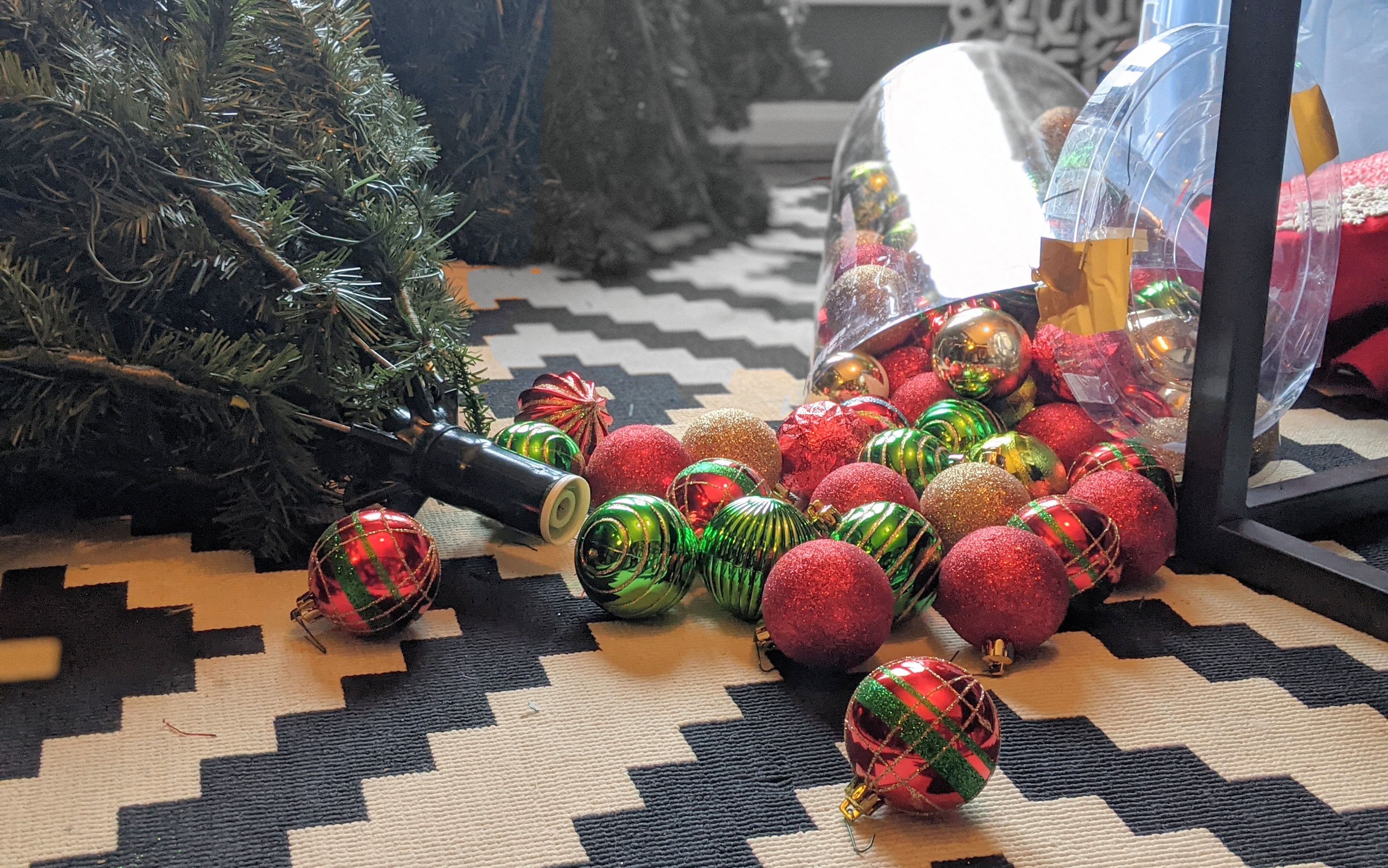 Who knew I had this final burst of energy, so wearying have the months been. But there I stood, running on one cup of coffee and without a bite of breakfast, tearing ornaments from the tree and dropping them inartfully into their tupperware tombs.

Some were actually glass, as it turns out. I found out which. The lights were stuffed into bins in a more frenzied tangle than usual. The 2021 holiday season, a million moons away, will have to forgive me.

Nothing remains but a shedding of fake pine needles, wrenched from their limbs, lying about in disregard. Vacuuming can be saved until after lunch. Alright, now that I think of it, I will finish this laptop fury and clean them up next. I don’t want a shred of evidence from this holiday season to see the light of noon. I won’t even name the year, such is my contempt.

With the den cleared, I am rethinking the bookcase and how best to position the leather bench. The plant needs watering. Moving on.

With love and more gratitude than it may appear in this moment,